We take a look at what was achieved during the month of October, mainly traffic lights and AI improvements to traffic behaviour, pedestrians and further optimizations of the game.

Welcome back to the October update!

Throughout much of October (8th to the 25th) I was without internet, so that hampered work on the game a little, but I still managed to get a fair amount done.

The first thing I did was go back and fix up the cleaning minigame, I made a Snake game engine for the minigame, which seems to work pretty well, all that's needed is to finish up the graphics for the game and finish off the job system and everything should be fine.

While my internet was out, I spent most of the time looking over my code and clearing it up here and there, I managed to gain some speed and save some disk space. I have a fairly old laptop from 2008 which I'm using as the target system for what I want IRL to run on, it's doing a reasonable job so far, but there's still room for improvement! 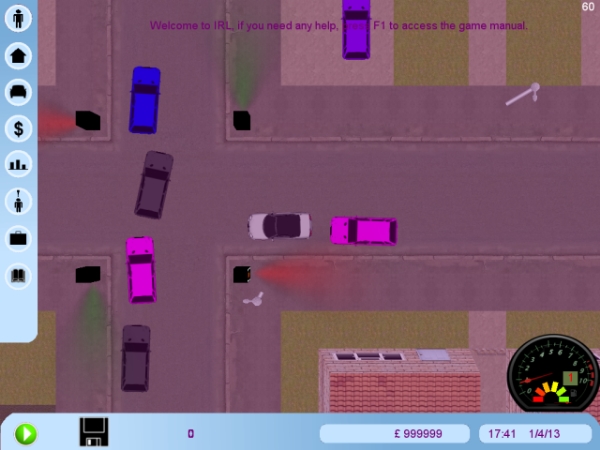 Shortly after getting my internet back I made a traffic light system for the game, it works well, traffic will stop when they reach a red light, and they will form an orderly line until it goes green. It took a couple of days to iron this out, traffic cars were getting stuck by detecting red lights which weren't meant for them, but from my latest tests, it appears those bugs have been fixed.

As you can tell from that image, pedestrians are also in the game now, they run on a similar system to the traffic car AI, but are told to avoid the road rather than stay on it, they work well enough, but have a tendency to walk too close to the road, so it needs brushing up a bit. 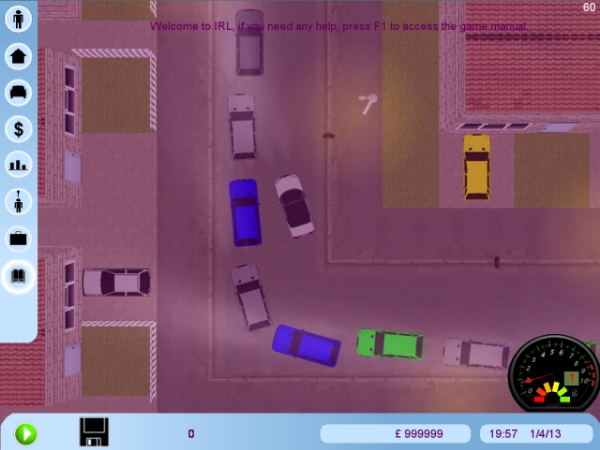 Everyone being nice and patient here... strange...

Some additional sounds were added to the game, traffic cars will now make a sound when driving past the player, this little detail actually added a lot more to the game than I first realized, it feels nice to always have some form of sound playing.

I also spent a little bit of time on Friday messing around with an Android version (just for fun), and the optimizations I made to try and make it run on Android ended up greatly benefiting the Windows version, giving a big increase (20%+) to FPS. Ultimately the device I was using wasn't capable of running IRL, it struggled to reach 15 Frames Per Second. 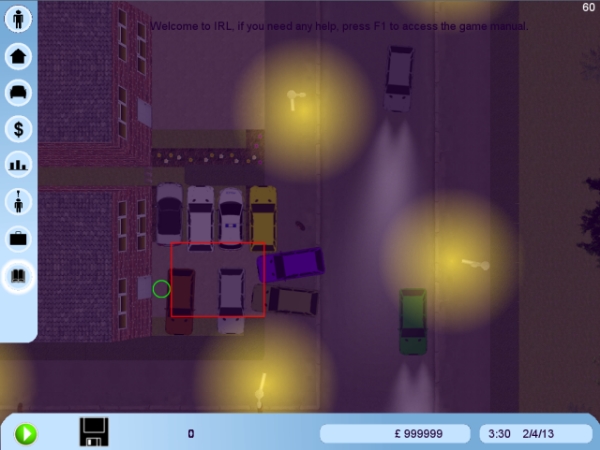 Now then.... can I fit anymore cars into the car save area...

That's all for now. I would really like to get some form of video out to you guys soon, maybe even sometime this month? Track This Game to be alerted whenever new content gets added to this page. :)

Soooooooo awesome.
This + multiplayer = best game ever made.