A quick overview of the latest changes and additions to the game.

The new Alpha version v0.26 brings new stuff. The primary goal over the next time is make the game more unique and exciting. That means adding new content, like new enemies, new items and also improving the graphics and animations. Let's see some details:

New enemies, with different attack patterns. Watch out, some of them explode when you destroy them! :)

If you hit an enemy, it now blinks briefly and gives a visual feedback! So you don't have to rely on the hit sound and can listen to some music while playing! 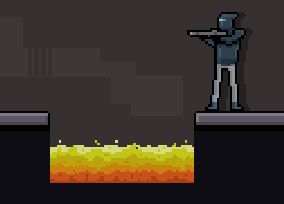 The lava traps got a new animation and looks now deadlier than before! 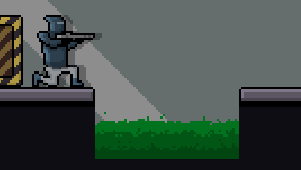 Same for the acid traps! Watch out for those!

Also I'm constantly trying to improve the visuals of the game. This patch I created some railings, to make each room look more unique. They don't affect the gameplay itself.

And of course explosives. Every game should have some of those! :)

fixed bugs:
- boxes not taking damage
- explosion damaging yourself
- no muzzleflash for shooting up
- bullets were flying through walls
- same boss multiple times a game
- some traps/enemies still moving while paused