The world of K'Tharsis has been through many changes since the last alpha version, and today we'd like to share with you footage of a new location. To achieve the best results, our team has decided to stop relying on bought asset packs. We’ve already told you about making of cliffs and rocks, and now we also have palm trees and other cool models. While this kind of approach does take more time, it allows us to produce more unique and satisfying content for you.

Unfortunately it also means that our Steam Early Access release date was postponed, but don’t worry: in about a month we will release a completely new closed alpha version for our backers.

And if you’re interested in joining the discussion and to check out our new alpha version, you can still do this at our website.

While the progress is hard to overlook, there is still much to be done in regards of level development. The main hero now has new animations and looks more natural.

However, right now our main priority lies with quests, so that the player will have something to do in the new version.

The indigenous people of K’Tharsis

We’d also like to present you an updated version of the K'Tharsis' aboriginal representatives concept art. It's hard to overrate an importance of a race that is going to be interacted with very frequently during the playthrough, that's why much time was spent carefully designing them.

Though native population of K'Tharsis isn't very technologically advanced, it mastered the antigravium works long before first humans stepped on their land. They craft from it jewelry as well as more functional items, such as weapons.

As the worldwide practice shows, a contact with an alien civilization is rarely beneficial to the ecology and population of the less advanced civilization, and aborigines on K’Tharsis weren't an exception. Once lived in their own closed world, they got new neighbors, who slaughtered much of the tribes and enslaved the most remaining. Nevertheless, some of the nomadic tribes are still free and frequently raid humans. 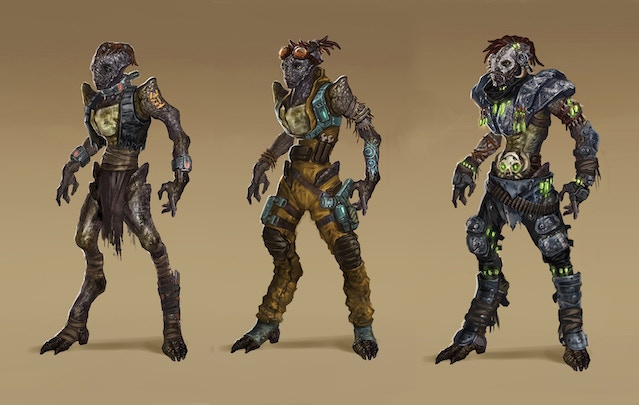 A slave, a worker and a barbarian

One of the consequences of the human invasion is a brute-aborigine. It's a result of genetic mix of humans and of the natives, a huge and strong creature. Usually they're used in mines as unintelligent and submissive workers, though some brutes are both smart and strong, which makes their social status undoubtedly different. 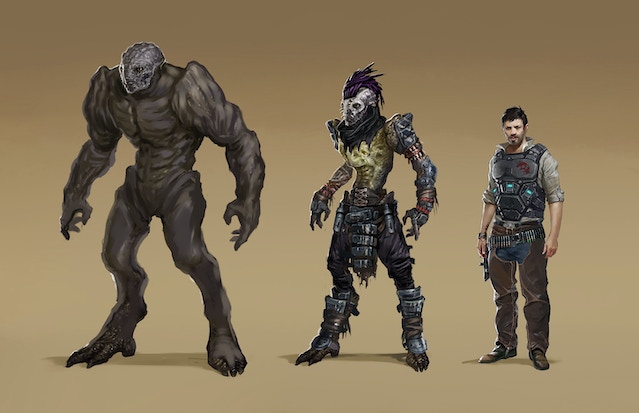 Brute, aborigine and a human 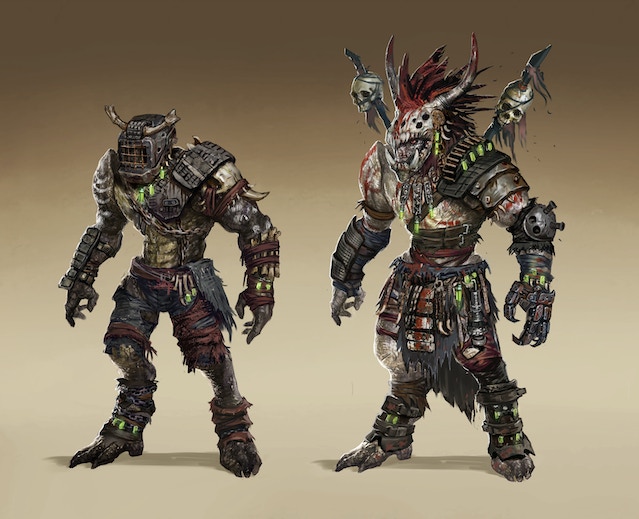 We’ve already mentioned that Jack changed significantly: he’s got a new outfit and new abilities – Jack can now jump up, strafe and much more.

Along with Jack some animals also got new animations, one of them is arphant:

We hate the delays as much as you do, but organizational matters such as looking for competent professionals of an adequate level and introducing them to our concepts, workflow etc took significantly more time than we expected. And of course, thank you very much for supporting us all this time – we’re trying our best to make a game which you’d want to play for a long time.