Let's continue introducing more of Exoplanet's team. Even in an offworld saloon there should be a musical accompaniment, and while last time we were talking about the sound effects, today we're gonna tell you about the soundtrack. Here are some words from our composer:

Hi, my name is Matt (Bison) Steed and I am a Composer/Musician/Vocalist. I have spent many* years (*most of my life) in bands, and creating/producing music for a wide range of people and companies. My main aim for Exoplanet: First contact is to create something modern/futuristic with a classic feel, Firefly meets Ennio Morricone meets Blade Runner. Being a HUGE fan of anything sci fi and Ennio Morricone this is going to be a lot of fun for me. 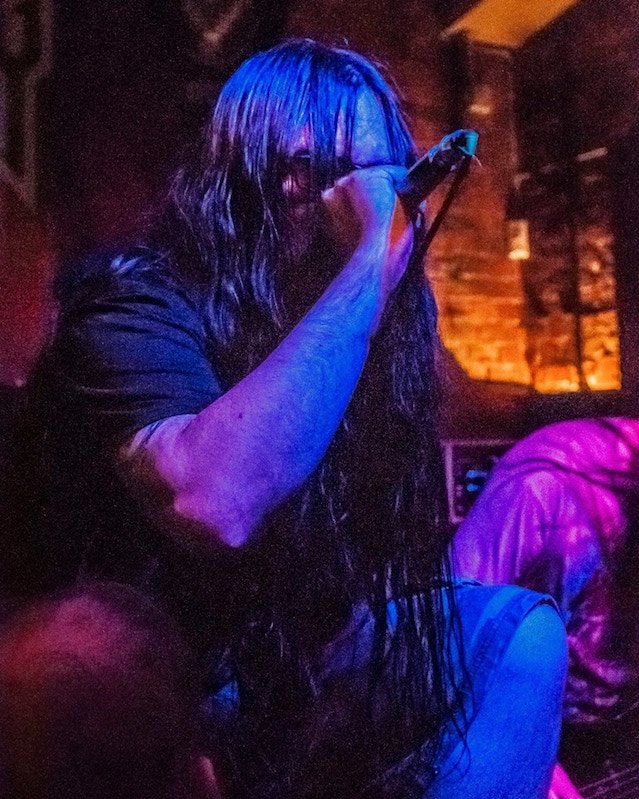 Sadako Yamamura would be proud

And here is the result of his work, the first part of the theme that plays while exploring a desert location at night with a clear sky full of stars.

In the animal world

Thanks to our artists, the hornhog is almost ready to go grazing in the prairies and scare off travelers. The final version, colored: 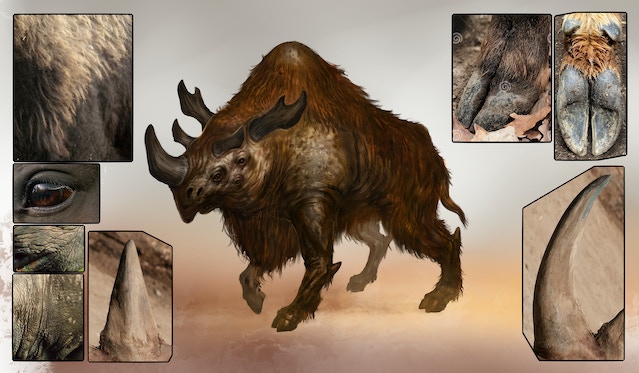 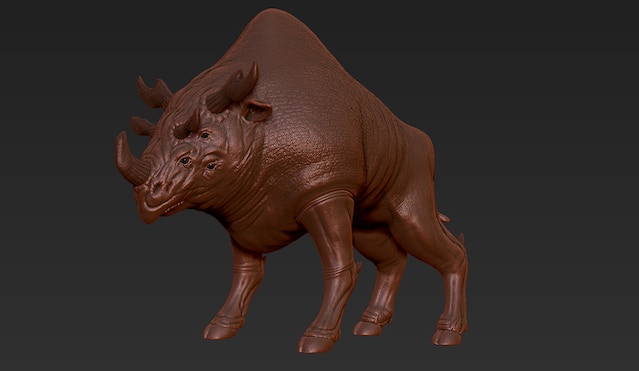 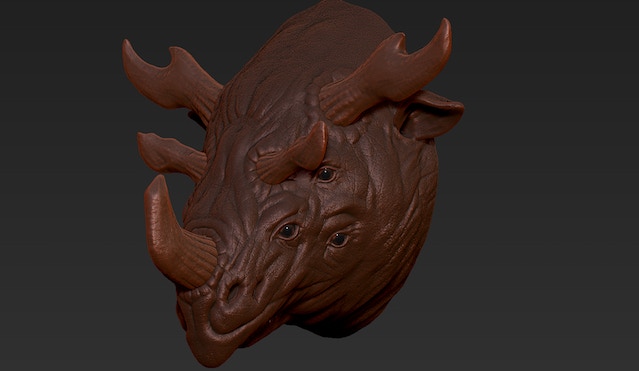 Aside from wild animals, K'Tharsis also has livestock. Despite highly developed technology, a frontier planet removed from major trade routes has its own laws (more like lawlessness). A herbivorous arphant that just needs grass can be a better investment than a vehicle that not only consumes expensive fuel, but can also be disassembled and sold off as parts. In case of an arphant you at least have a small chance to find the thief and punish him according to the full extent of a Wild West law. Hardly anyone would transport the offender to a meeting with local representatives of the law across 200 miles, therefore it is as simple as your word against his. Often the thieving criminal is incarcerated inside a prison tree (we're gonna show it in one of our future updates) where he is slowly being digested alive. One might think that it's a very harsh punishment, but for the poor farmers the arphant might be the only source of income that helps make ends meet for a whole family. 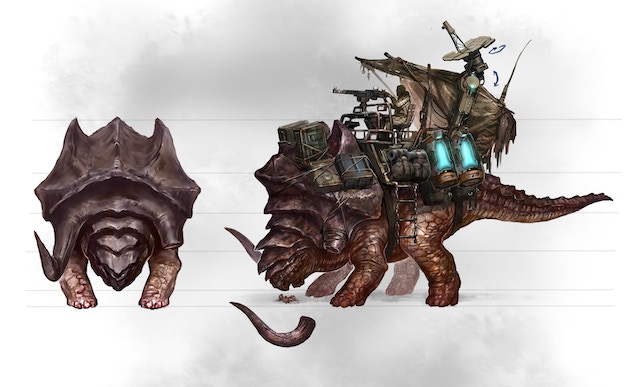 A little training and you've got a living battle fortress!

On a final note we have a little bonus for you! As you already know, our composer Matt not only writes music but also is a vocalist. And this is his band, Reign Of Fury, which worth thrash metal fans can appreciate:

Nice update, Great to hear some in-game music and more assets. Love Reign of Fury! Thanks for posting their video.

Not at all, I do love those guys as much as you do:) You should also check 'Heaven Waits / Hell Takes' (Eplicit version). It's kicking ***.