A bug-fixing update is out now to keep you going while you wait for the big 0.40 release.

Posted by captain_deathbeard on Dec 9th, 2012

Version 0.33 is now out. Its nothing exciting, but it fixes a ton of bugs and problems. In the meantime I'm still working on the next big update called 0.40, which will add all the farming and brewing and mining and shop owning and stuff. 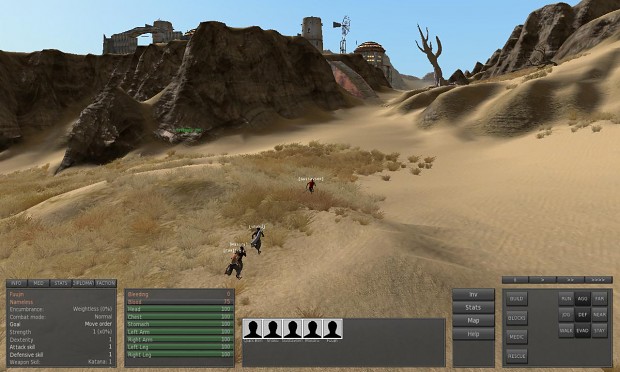 This is just a stability update, fixes tons of bugs to help you guys suffer less while waiting for the big 0.40 update.

Also, first finished armour set! (not in game yet) 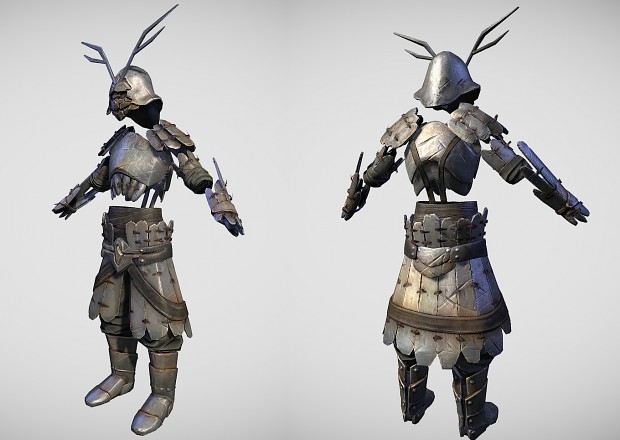 Your're doing an amazing job Capt, and I just wanted to say thanks for what is already becoming my favorite game.

I recently found out about this game, are there any plans on adding this on steam? I can't buy the game without it :(

Nice gear!
Btw i have a question,
i purchased the game but in desura it keeps saying "Kenshi Demo"
Is it only a physicall name or does it affect the game?

When you start up kenshi, if a message pops up at the start saying EVALUATION VERSION, then it is the demo and you need to enter your code.
If you don't get that message, then it is full-version.

Okay thanks man!
keep up the good work:)
I'll make some regular donations just to support the project.
Im addicted to the game and many more will follow (i know that for sure!)

Can't wait for some of that armor to get in. Looks amazing! Also can't wait for all the managing and fun little things you can do with a town in the next patch. Saving up money for it all now :D

Bought the game after playing the demo for about 5 hours, definitely worth the price even in the stage that the game is in. Looking forward to future updates, good luck captain.

What if instead of making body's decay, since u added the ability to carry bodies, why not put it to further use and make it so players can pick up the dead bodies, and bury or burn. Like even for teammates, being able to create a graveyard of ur fallen comrades, or piling the enemy bodies and burning them to ash. :PP Just a thought, either i dont mind what you do.

I hope that I won't be attacked for the morbid suggestion but...

To build on your idea, why can't we use the bodies? If we were cannibals, then our enemies will be a fine feast :D

If you do not control a faction of cannibals, you could throw them to whatever beast you have in a cage at the moment.

You could also use them as a warning against future uprisings/revolts or just to keep your evil enterprise running smoothly.

What about a wax museum? Or a monster made out of a cannibal's head, some cop's torso and the rest collected from long decaying tax collectors?

Or... Build a wicked hippy commune with the dead being used as a fertilizer for Clown-Steady's best weed!
(Kenshi Weed please?)

I'm serious about my suggestions (The kenshi-weed being second to pie in what I want Kenshi to have).