I spent the week putting together some new enemies and gameplay variables. Primarily, I’ve been working on the security system of the HQ building.

Having recently moved from Prototype to Development, things are rolling along surprisingly well.

I spent the week putting together some new enemies and gameplay variables. Primarily, I’ve been working on the security system of the HQ building. Since the private security firm (bad guys) takeover your office building, they need to lock it down so no one can try anything funny.

Security Cameras were already implemented. If caught by one, they alert nearby Sentinels (armed guards) of your position. Now, I have put in Security Turrets and a Security Server. 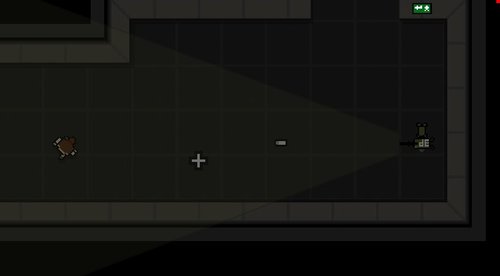 The turrets catch you like the cameras do and gun you down. They force you to rely on sprinting and dodging for the areas that they camp out at. They also will prevent the player from accessing certain areas. They can be shut down by interacting with the Security Server. 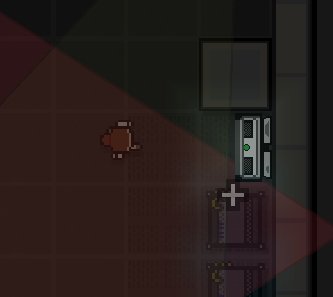 There are other interactions with the Security Systems, but I won’t speak about those. I’d like to keep some things a surprise.

I’ve finished a lot of back-end work and have cleanup up a good amount of my code. I’ve started planning an objective system to keep the game moving along, so it doesn’t feel like you are just meandering from floor to floor.

When I have enough enemies to create a variety of challenges, I’ll begin working on the worlds in earnest. I have some gameplay situations ideas rolling around, but I don’t want to rush to get them down.