Details on the Attack Dog enemy and the objective system.

This week, development on Turnover has consisted of a new enemy and the objective system.

Animals are getting in on the action as well. 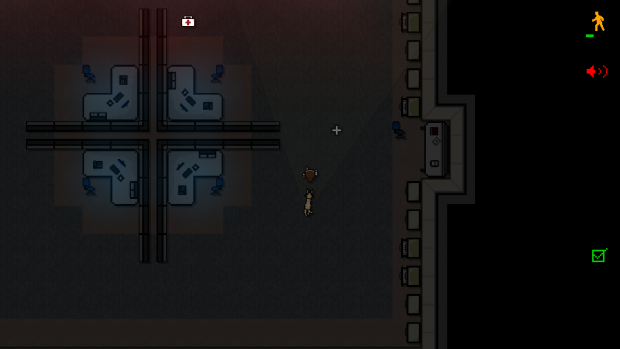 Attack Dogs are brought in by the private security firm to help keep guard.

The dogs sits in one spot and keep a watchful eye on an area. If Clea moves close to them, the dog will growl and warn her to back off. To avoid setting the mutt off, you need to move slowly and cautiously. Running will cause the dog to bark, alerting nearby baddies. If the dog spots you, he will rush to maul you. You can fight the dog off, but not without crippling the player.

With the introduction of crippling, I plan on ultimately implementing a status effect system for the player. I’m still trying to find the right balance for that. More will be added in the future.

Gameplay will be kept moving along with an objective/task system. 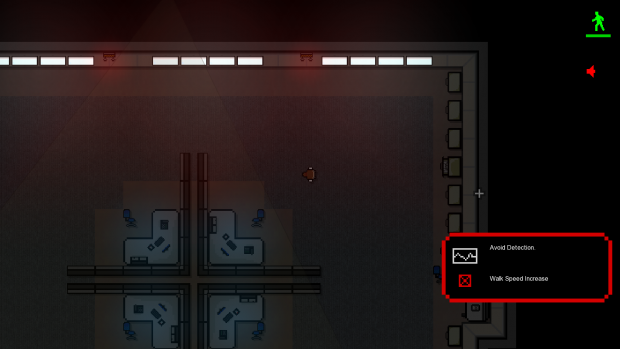 Other floors will have tasks, which are optional objectives. When completed, they reward the player will various stat increases. These may help the player avoid detection, increase his run speed or stamina, etc. So, if you find your skills lacking in one area or another, keep an eye out for stat increases that would help your play style.

So far, I have the base objective/task/reward system completed. I assume it will need some ironing out in the future, but everything’s looking good right now.

Next, I plan on creating at least the base of a legit pause screen and maybe a title menu, just so I can get some screen code finished.

After that, I’ll brainstorming some new enemies while beginning work on what will hopefully be the first levels of the game itself. I’m thinking about working on the game in 5 to 10 level chunks, creating new enemies, situations, items, and gameplay as I go along. Near the end, I’ll have to go back and revise all the previous levels but I think working this way will give me some forward momentum.