Some details on how the game world will function, and how players will explore.

Take a look at the following screenshot: 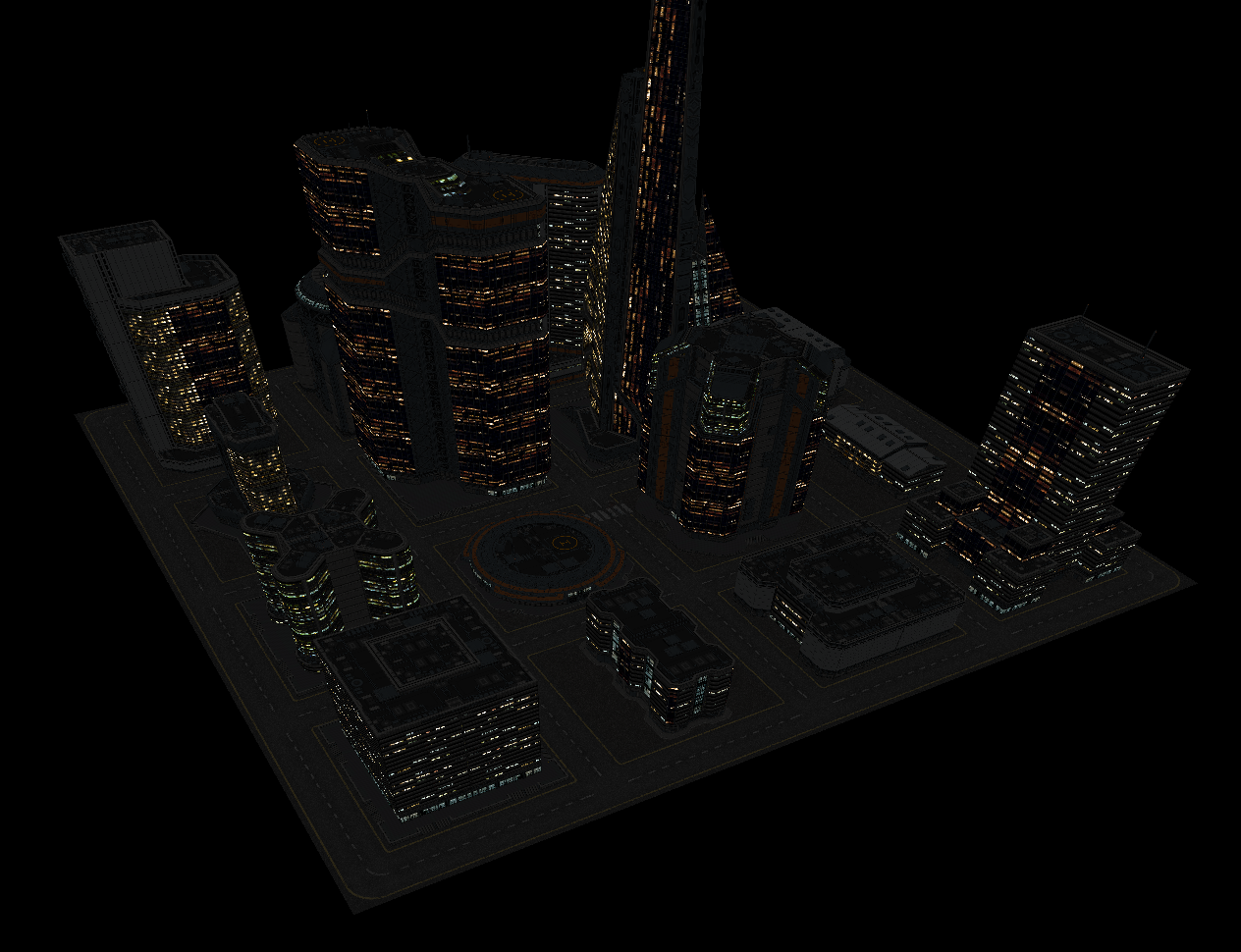 This is an aerial view of a city from an early development build of Spycursion. (In other words, the details may change, but this is the general aesthetic.) It represents one city, out of several cities that will make up the urban game world of Spycursion. We plan to scale the number of these cities based on player base and story needs, but will probably start with five or six.

Each city will vary a bit in size and what it contains; we aren’t ready to show the building interiors yet, but our goal is that every building you see will be explorable — nothing that’s just “filler.” Among some of the purposes these buildings might serve in the game:

Your game character will roam this world, making mayhem, stealing secrets, avoiding the law… and remember, this is only Spycursion’s “physical” world. We’ve barely gotten started on showing you the digital one!