We are so very pleased to announce the release of our new build, Towns 0.60! 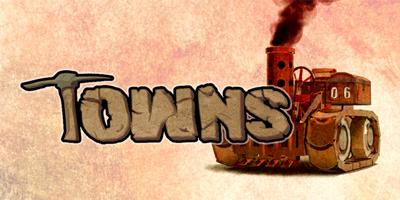 We are so very pleased to announce the release of our new build, Towns 0.60!

In this build we are introducing the caravans and the trading.
Caravans which come in various shapes in sizes, will also carry different items for trade based on their theme. No longer shall townies starve for some cow meat while standing in the heat of a sunny desert!

We have also started overhauling the interface, introducing new panels such as the citizen panel, the stock panel, the soldiers panel and the heroes panel. 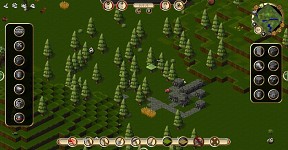 Soldiers can now sleep in the barracks, on dorm beds stacked over each other or the old personal beds, if you feel your soldiers should have some quality of life beside guarding a dungeon entrance all day long.

We have also added the option to form and name groups that will better organize your task force and allow for some easier hero assistance. 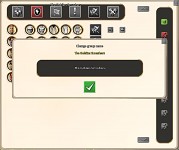 Another feature we have added is items that give effects. Those items will grant their equipper each a special effect who can prove very usefull in the heat of the battle, for example, the Plague Bringer, which can spread a plague among the enemies, or the Mask of the beast which grant the equipper with the ability to transform into the highlader's beast for a short while, temporarily gaining increased health and damage, however, after the effect is over, the townie will get exausted and travel and fight at low speed.

For the modders between us we have added the ability to decide on what levels to spawn citizens, and what is the starting number of the townies, this can lead to a mod about an underground race.

A feature that many of you might appreciate is the option to turn off sieges.

Other than those we have rebalanced the enemies, added a lot of new blocks, items and graphics (such as, each ladder now have every direction graphic to it, determined by its relation to a wall or a terrain block).

We very much hope you will enjoy this patch as much as we enjoyed developing it!

PS: In case you havent heard, we just got accepted into Steam by being in the top 10 in the greenlight platform, all thanks to our great community and amazing fans support that we were able to achieve that. So lets hear a mass YAY for us and you guys! YAY!

The upload status and the patch notes for this build can be seen here.

if we bought here will we get a steam key?

Yes, if you buy ANYWHERE you will get a steam key when we go live there.

If we bought a gamersgate key can we get a Desura key :/

Their updates are soooo slow. Still at 0.50b

They got the update!!

And it works now!! Great game. Buy it here on Desura though because it looks like it gets updates sooner.

this game has come so far :( i think im about to cry!
love SMP :D

I remember thinking version 0.36 was the greatest, it really has come a long way : )

I can't seem to Mine stone, when i go underground my cursor also goes off a little so i can't click on any options?

The cursor is changing to a mining cursor, dont look at the arrow, look at the cubical indication

Really love this game! Cant wait for some cash to buy it, but that leaves me with an issue.... Anyone able to tell me the pros and cons of buying this game on the other supported sites? (Desura, Gamersgate, and townsgame.com)

Just as a note the tutorial needs updating. It's telling me to press f2 and click on the 'top middle' button in order to access production. I found it on the left hand side of the screen. =\
Good work so far though, I'm impressed and would recommend this game to any interested =)