First, I'd like to quickly mention that I've removed the old alpha demos from IndieDB, as they were no longer representative of the game. I may yet re-add a demo once version 1.0 is released. In the meantime, please check out the latest version of There Will Be Ink on itch.io or Steam!

There is a good bit going on in this update. I’ll get into the details of the bigger parts of the update before getting to the change log down below. Here we go!

The Zaponeer is a new combat unit with some pretty state-of-the-stick-art gear. First off, the Zaponeer sports a nifty new laser rifle, which is a pretty steady weapon (low movement & recoil penalty, not affected by wind) with slightly shorter range than the standard rifle but with more ammo capacity and dealing more damage. The Zaponeer starts with armour (30% damage reduction) as a ground soldier and can be equipped with a jetpack using training points on the Barracks page. I’ve updated unit AI so that non-player troops, including the Zaponeer and T-Rex, will now use jetpacks. Watch out for that dino smash! Right now the jetpack is the only unlock for the Zaponeer, but more abilities are on their way.

Campaigns now track stats separately, so units and abilities unlocked in one campaign won’t necessarily be available in another. For the existing Beta & Alpha campaigns, if they are already in progress, data is duplicated where it’s currently at and branched from there. This separation will make it easier to balance progression within a campaign and also works better with other campaign customization. For instance, Campaigns now have a unique set of units that show up on the Barracks page. In the upcoming Campaign Editor, there will be something along the lines of a list of units with checkboxes to enable them in the campaign. There is also a little info sheet on the main menu that gives a quick description and difficulty level of the current campaign. 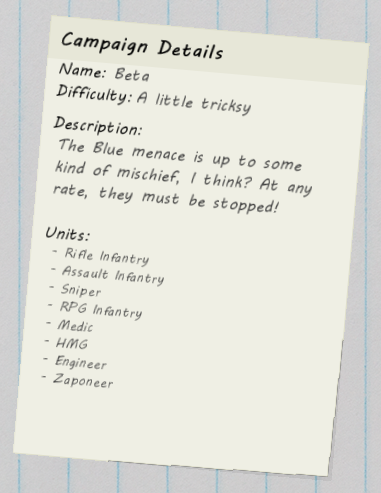 It’s been a long time coming, but there are now the beginnings of a tutorial campaign in the game to help ease in new players. At present the campaign consists of just one mission (covering movement, rolling, running, stamina, exhaustion), but more are on their way. The tutorial mission makes use of a new map customization code system that will also be used to create more variability in other missions.

This process was started previously with updating weapon sprites, but I’ve carried on to update all unit sprites and trees. It is a subtle effect, but it gives the units a less pixelated look, especially when zoomed in. Here is the old vs. the new: 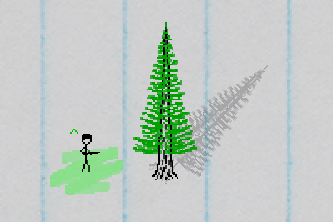 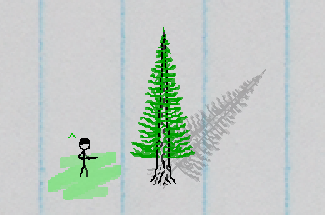 Well, there is a lot in the works, but, most immediately, something jolly this way cometh…