The Tower of Worth's new Update is coming! In this Update, I've add Some Systems that make normal stage's battle more meaningful and interesting.

The Tower of Worth's new Update is coming!

In this Update, I've add Some Systems that make normal stage's battle more meaningful and interesting.

With this update, Now most of enemies take stun by most of attack and react slowly against player. This allow me to deploy a larger number of enemies from various combinations.

In previous version, Execution had features of HP restore, temporary buff and Spawn new enemy when time passed. But execute all enemies in short time was not easy work and new enemies spawned from it was not so meaningful and just annoying.

With this update, no more additional enemy from time pass and corpse do not disappear by time.

And by executing enemies, you can get Status EXP. 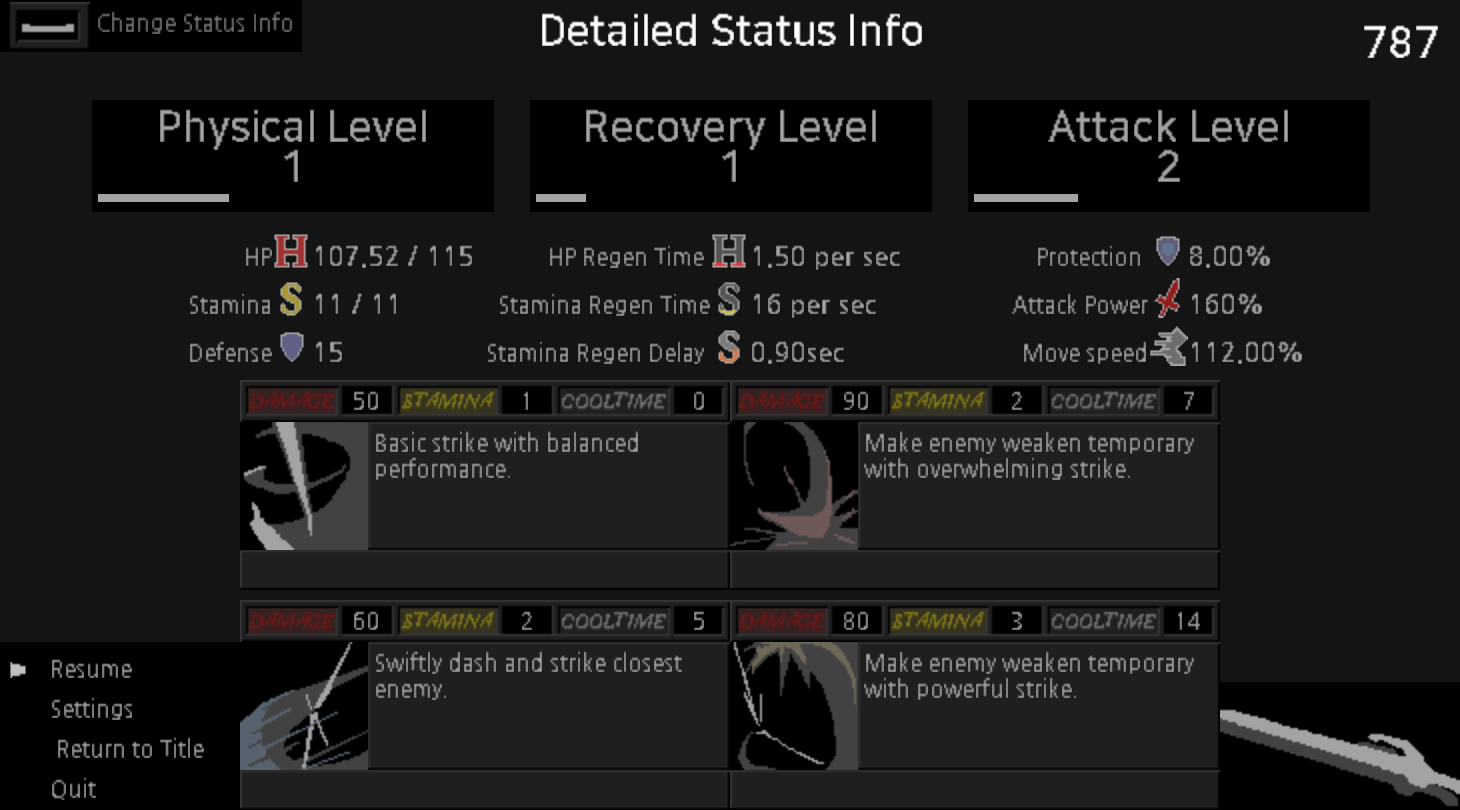 In previous version, player's status increasing is only enable from end point of floor. This system made hard to feel player's challenger is growing.

Status EXP getting from execution is another system of status increasing. Now player's challenger can get level up from executing.

Number of enemies increase and you can get EXP from execute enemies. this make boring and tired task of executing all remaining corpse after room clear. So I add room clear action that you can execute all remaining enemies or sympathies dying enemies.

In previous version, If other challenger didn't want to fight with player, it was hard to block its choice. Now, player can provoke non-hostile challenger and engage fight.

I've add some system and plan to add more system. but The Tower of Worth's most important feature is Ego Changing.