During the last two weeks I've added some new awesome features to GunHero!

As you've perhaps read, GunHero got Greenlit last week. That is extremely awesome. However, there's still a lot to do, and I've tried to keep the ball rolling. I have some nice stuff to show, both from before and after getting Greenlit. Here we go!

A few weeks ago I started working on tanks. That's right,tanks! The tanks are initially enemy controlled, driving around patrolling the level. These tanks can be pretty dangerous with their explosive rockets. However, if you find yourself in the proximity of one of these tanks, you can shoot the driver, and hop on to the wheel yourself! This also forced me to refactor my input system, as I wanted to control the tank in a generic manner.

I also kept working on the decals I showed in the previous update (as you can already see from the tank gif), and added explosion decals. The whole decal system works pretty nicely now, and it really adds more depth to the game, and makes it look more polished. 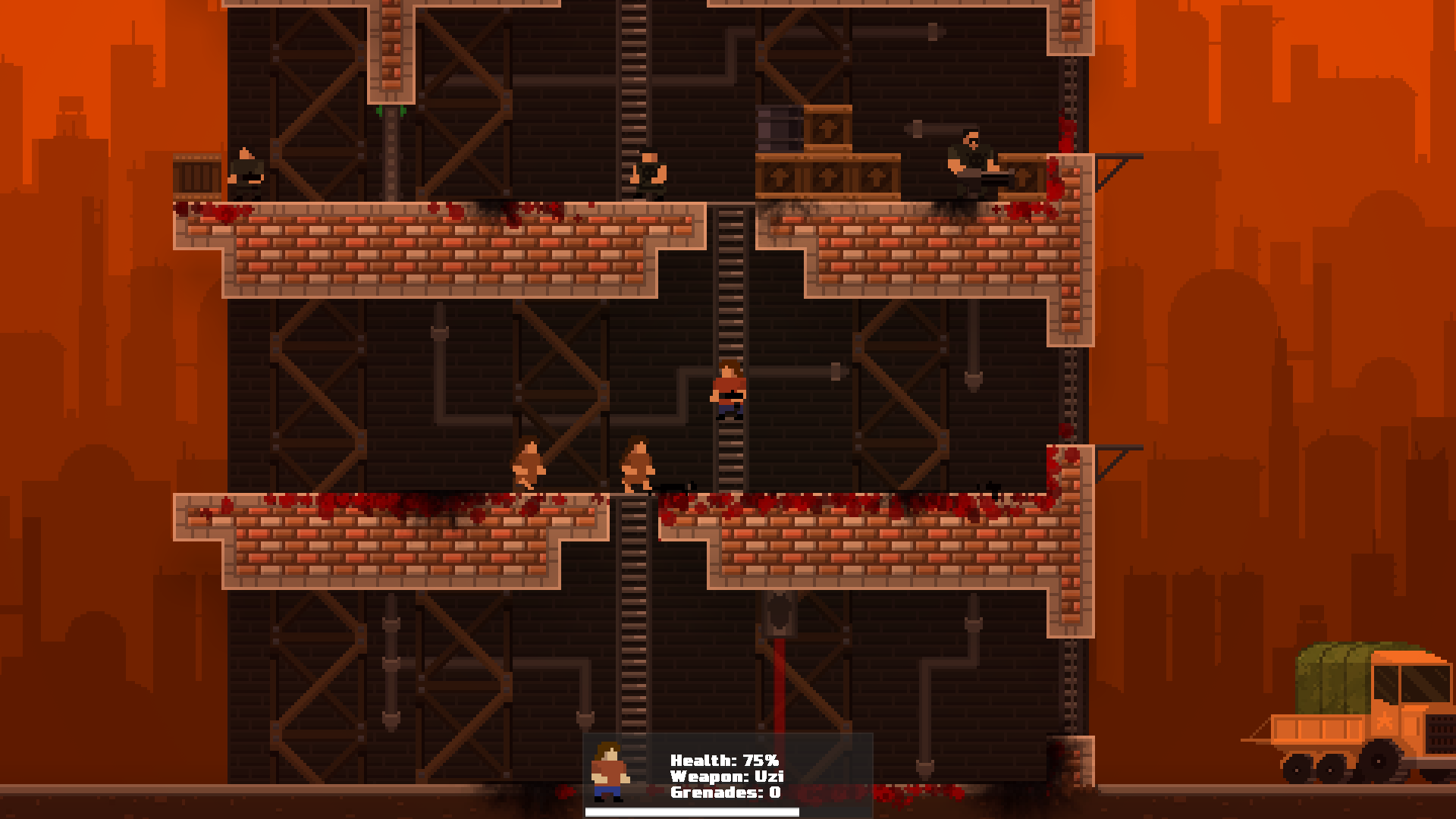 This week, I kept on working the winter environment, as that's next up in the campaign. First up I wanted to add something dangerous to the levels, and that's how I ended up working on ice shards! They are randomly distributed on to wanted areas in the winter levels, and they drop down from the ceilings in a very deadly manner. These create some fun situations, and the player really needs to watch out for that they're doing when near these shards.

I also added a pretty standard feature in winter-themed levels: ice. The ice simply reduces the friction on the characters that walk over it, and in that way makes controlling the movement a little more tricky. While the textures for the ice are really simplistic, I think it ended up looking really nice and shiny!

That's it for this week. School has started again, but I hope I can find enough time to keep on working on the game at a nice pace.