Super Bunny Land, the game that mixes familiar platformer elements and endless runners, has gameplay trailers available and a new demo that can be played on Windows PC! 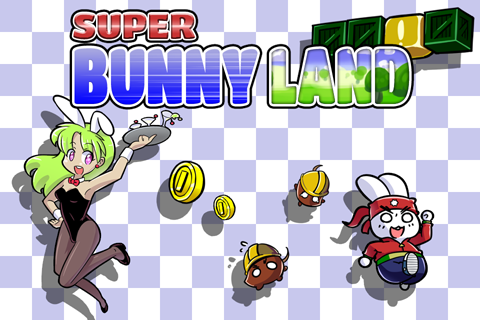 Super Bunny Land is a game that mixes up familiar elements from *that certain platformer with a plumber* and endless runner into a new game.

You control a cute bunny and the goal is simple: jump, stomp enemies, collect coins and carrots to power up! The game offers a unique control scheme different from standard endless runners. Instead of having only a jump button, a brake button is included which allows players to control their speed.

Well, instead of trying to explain how the game is played, it's easier to just watch the trailer!


A demo is available on iOS: Tflig.ht
Or you can try out a demo on Windows PC: link
(Note: keep in mind that the game is designed for mobile devices. It includes keyboard controls, but many menu screens use touch buttons)

I've seen way to many Mario clones... but this one I like!