The game is being made available on the App Store on October 24th. In today's article we talk about the release and about the ships of the Rising Hand, the second faction that we have revealed.

Hey guys! The big day is approaching. Strike Wing is going to get its launch on the 24th of October (it is already 24 in New Zealand as we're writing this). As far as development is concerned, we're just starting.

The game is launching as a core experience with one free expansion pack that adds 3 missions and 5 new ships over the initial download. More expansions, features and improvements are scheduled down the pipeline and we'll try to update everyone in regards to what's coming.

To give you a taste of the ships present in the first expansion, here's a little lore and renders with all of them :) As with the previous faction shots, the meshes used are actual in-game models, with improved materials for 3d rendering.

The Rising Hand arsenal is made up mostly of old spacecraft and civilian ships converted for military use. Unimpressive as it may sound, these spacecraft have been picked for their roles because they work with a minimum investment of time and resources.
Rising Hand forces tend to favor raw firepower and strong armor plating which allows them to escape with their lives after most firefights. Recent intel has confirmed several new combat craft custom built at unknown shipyards which have already proven themselves extremely dangerous in combat.

The Hyena is the first Insurgent-produced craft, designed to counter the F35 Eagle. It is very fast and maneuverable, and is equipped with 2 nose-mounted guns. The Hyena is extremely hard to hit because of the small frame and the holes in the hull design. Caution is advised when engaging it. 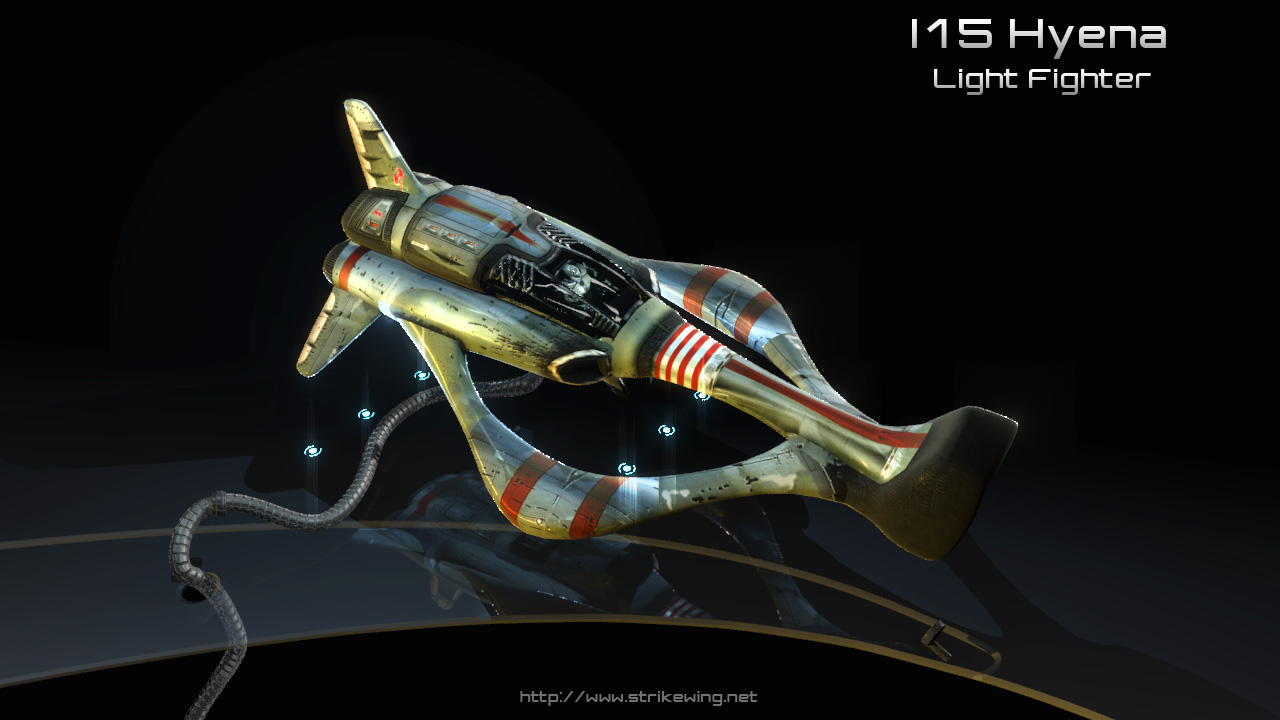 The Albatross Gunboat was designed initially as a heavy space fighter with bombing capabilities. After its introduction 30 years ago, it proved to excel more in the bomber role than fighter combat. The Terran military scrapped the last Albatross squadron after 25 years of service in the favor of the Cormoran. Nowadays, the Albatross is now in use by private companies and insurgent forces. Its equipment includes 2 frontal guns and up to 4 missile, torpedo or mass driver launchers (depending on model). Some models also come equipped with a Gatling turret. 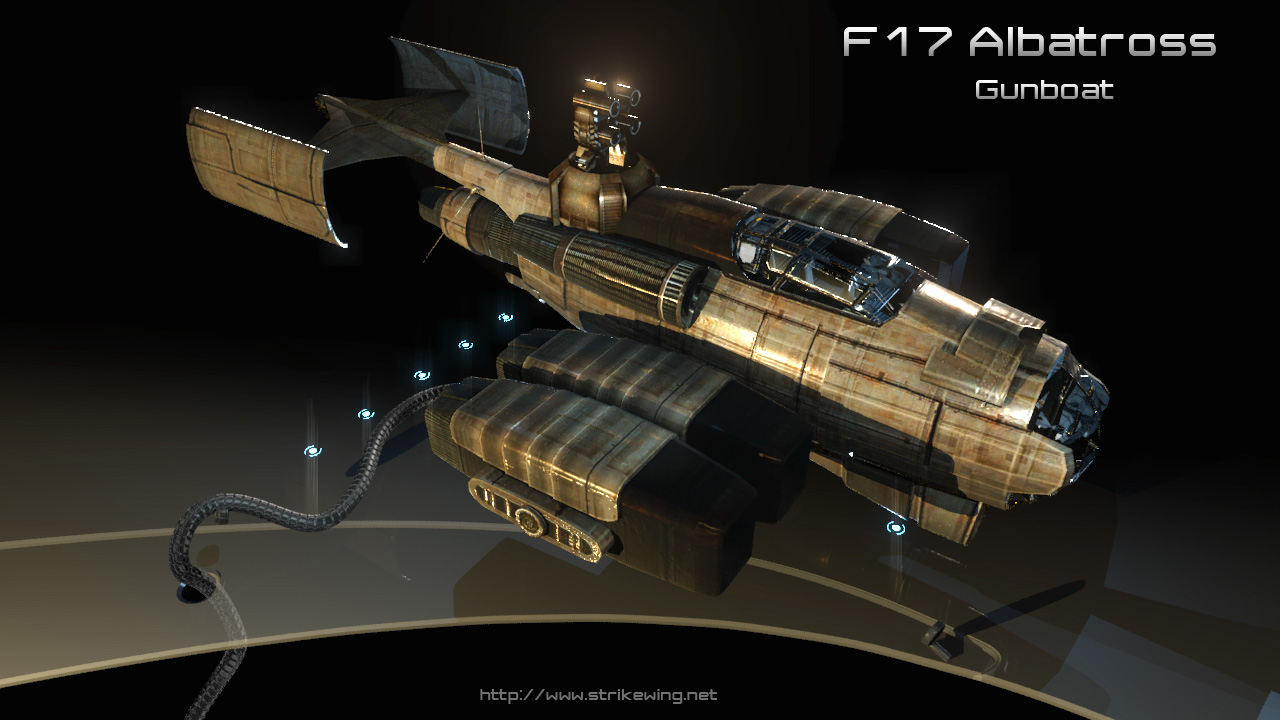 The Armadillo project has originally started as a fighter refit for the Albatross, however very few elements of the original design can still be recognized.
The fighter has received two engines for greater speed, wings for atmospheric flight and air-brakes, together with up to six weapon hard-points, making it one of the most heavily armed fighters ever built. 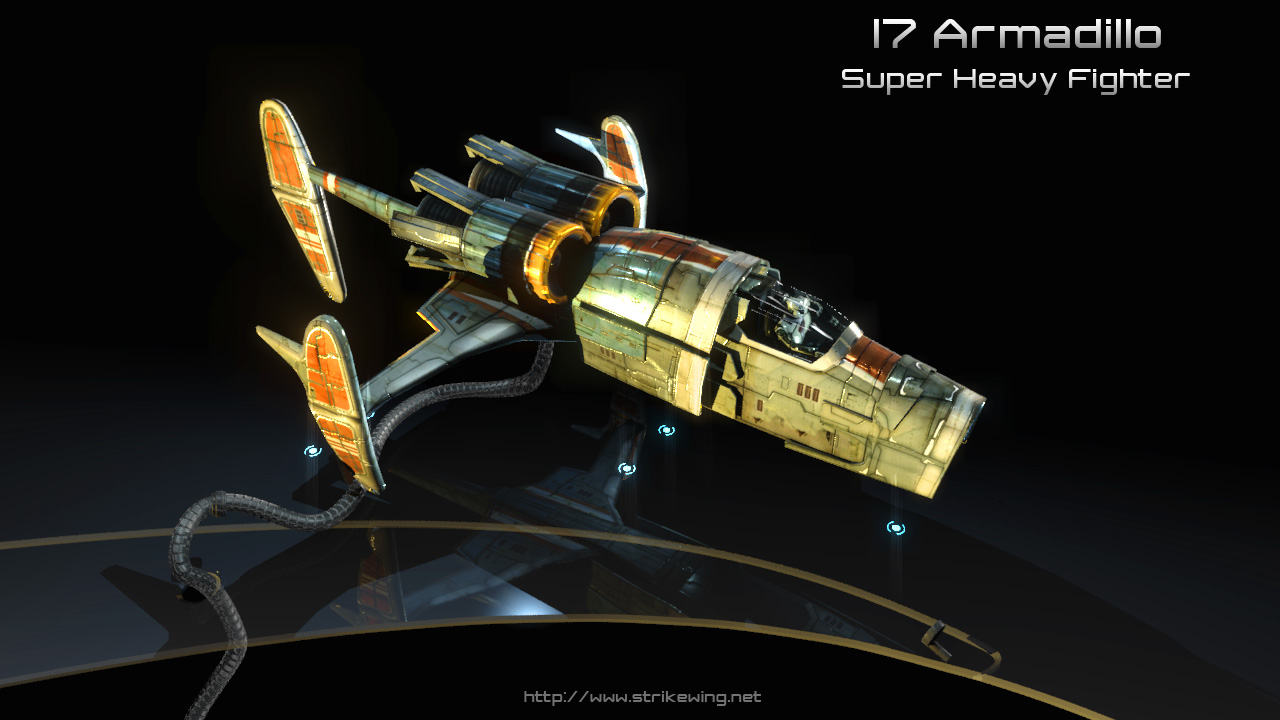 The Hyena MK2 is mostly used by elite Rising Hand squadrons for special operations. It sports the same hull as the MK1, but has a very different weapons and electronic load out. The main cannons fire high energy EM charges that detonate with a significant blast radius, obliterating enemy shields in moments. The craft is not very effective against enemies with high structural integrity. 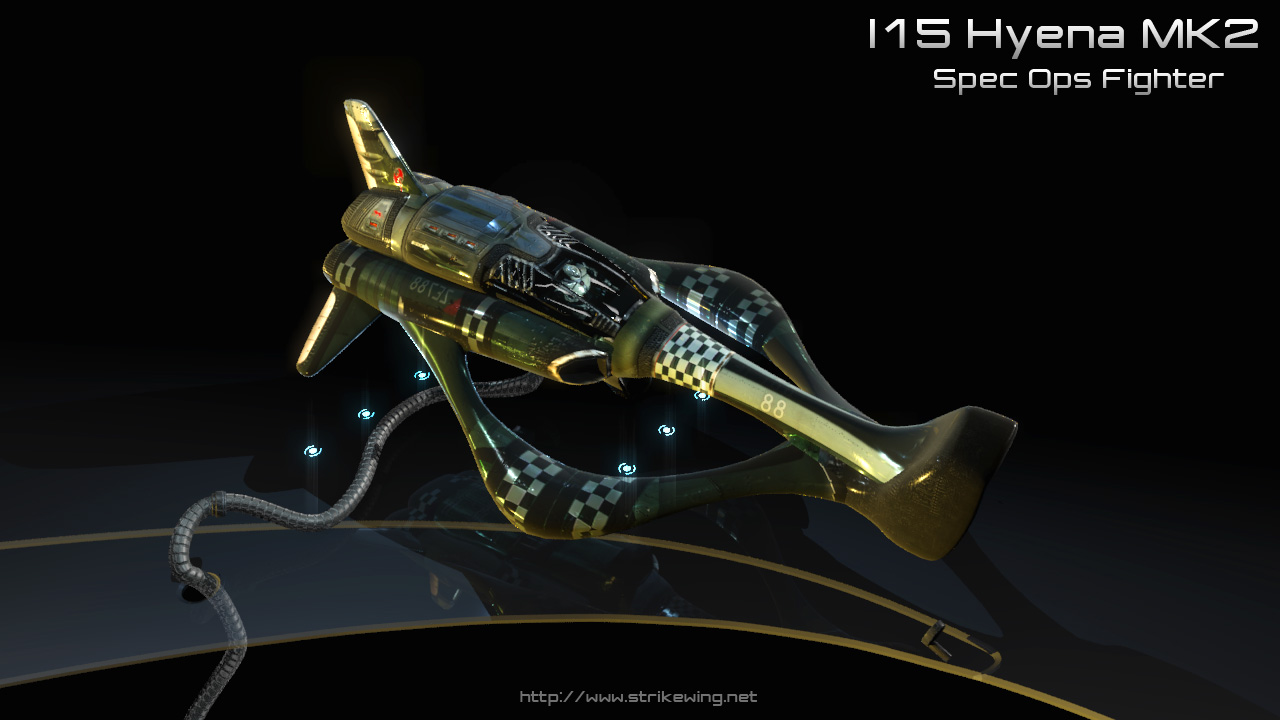 The Wolf is a throwback to 20th century dual-cockpit aircraft. The Rising Hand needed a fighter that can answer quickly to any hostile incursions of their bases while dishing high amounts of damage. The Wolf is a heavy fighter in all aspects, has good shielding, high structural resistance and can use up to 4 heavy energy weapons. 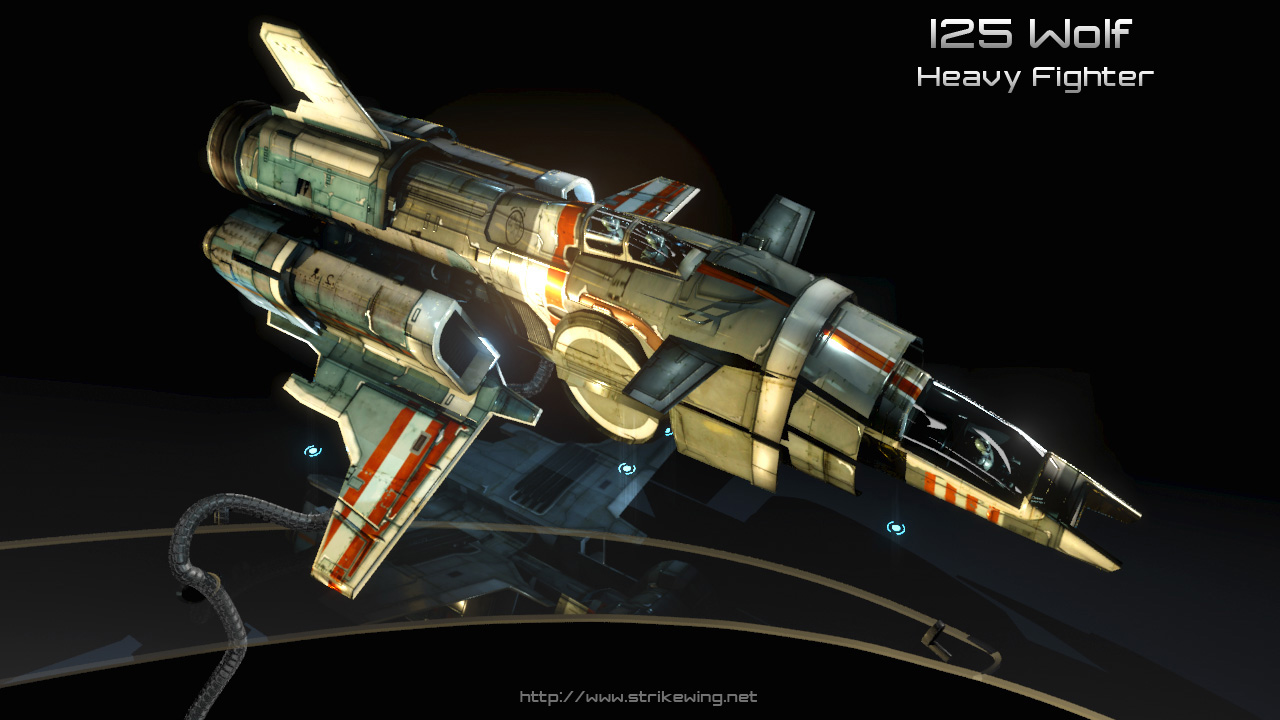 LOVING the gun boat :D
It feels like one of those WWII medium bombers... great job on the overall feel of all these models btw..