It was a wild ride, just like with any other Release. But now it's done: the webshop is open, you can purchase the game.

Hey there! Great news! Splatter got released this night! The web shop at Splattergame.net is now public.

Well... At least to me these news are great, but your mileage might vary :-) It's a cumulation of a few weeks of frantic work, based on two years of development by two people. It feels great to see this baby walk the first steps on its own. 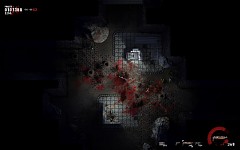 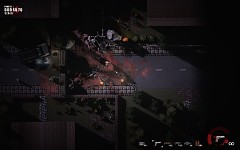 Splatter is sold for 10€ or approx. $13. And here's what you currently get for your money:

But, if everything works out nicely, that won't be the end of the game. We'd like to add new content after release via free updates. This is what we have in mind:

To make this happen, we need your support. If you want to see all this come to light, consider spreading the word about it to your friends or everyone else interested in gaming. We could really need some publicity. Thanks so far, and have fun!

Are you aiming for making an openworld sometimes after release? Or is it allready openworld?

We intend to add an OpenWorld game mode via a free update. But that's not sure, yet, because currently I don't know if I'll survive this release :-)

Don't panic stay in the light and you will survive :) Open world or not i will buy it :)