This update focuses more on coding and in-game stuff instead of renders. It includes several in-game images as well as a video demonstrating some new mechanics that have been added. Finally, some stalhlelm and grenade renders.

As promised, the 20th update is going to focus more on coding and in-game stuff instead of being a typical render update. Before we get to that, some more members of the Bear Force team have joined us. Welcome KArantukki and Peppe019 to the team. They are both very experienced and will definitely speed up development.
Coding
Alright, now let's talk about coding. As most of you know, DanyEle joined the team some time ago. With Azrooh's help and his older work, he's been able to implement some really cool stuff. Before we get to that, I mentioned last update that we have most of our models in-game. I've gotten some screenshots of a couple implemented weapons. 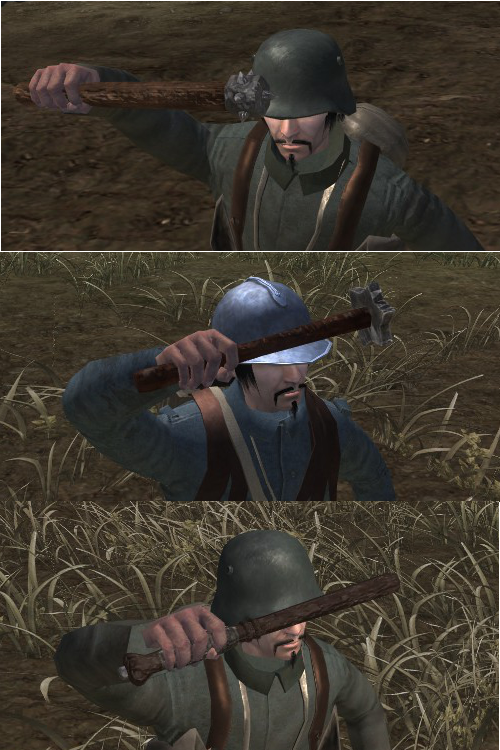 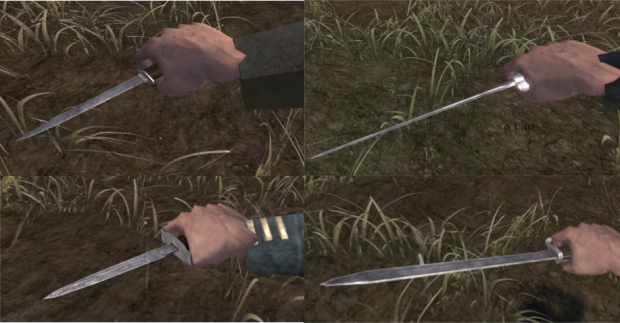 We are aware that there are still a bunch of issues. For example, helmet shininess, Gewehr 98 sight, sizing, etc. We will work on correcting these overtime, don't worry.

Now onto the features that DanyEle has been working on.

Shooting System: We have a new system created by Azrooh. We've been hesitant to show it earlier due to some bugs, but with DanyEle joining the team, they were quickly fixed. It's more similar to what you use in typical shooter games, right click to aim and left click to shoot. You might've also seen this system in Bear Force II. We have several different kinds of weapons that load differently. For example, the Lebel is tube fed so loads cartridges individually while the Gewehr loads with stripper clips. As well, we have new sounds, from DiplexHeated, and new animations from Peppe019, to bring these weapons to life.

Scopes: We have a sniper class that spawns in with a scope. As you expect, when aiming, it allows you to zoom with a cross hair effect, similar to how spyglasses work. Like the bayonet, it is a separate, toggable, item in your inventory. The scope effect was made by Peppe019.

Bleeding and Bandaging: When you take a certain amount of damage, you start bleeding slowly. Some of you who've played Secession may recognize this feature. It's been adapted to NW by Dany. Of course, there are also bandages. When a bleeding person is hit by one, the bleeding stops.

Whistles and Binoculars: Simple stuff. They work the same way instruments and spyglasses work in NW. Whistle sound from Diplex and binocular effect from Peppe019.

Grenades: We finally have grenades. These will be carried by French and German assault troops. We have both ones with fuses and the more dangerous percussion ones. As well, there's a concentrated charge which was made by bundling the heads of several stick grenades together.
See these things in action here: Youtube.com

Renders
Of course, work on models and textures have continued. Peppe019, one of our new artists, gave the Stalhlelm, created by Hampus Norlander, a make over and created the Stirnpanzer Browplate as well.

Now, you saw a very brief glimpse of one of our grenades in the video. Here are a couple more we've made. 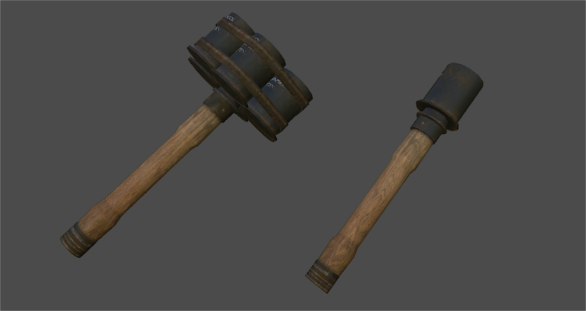 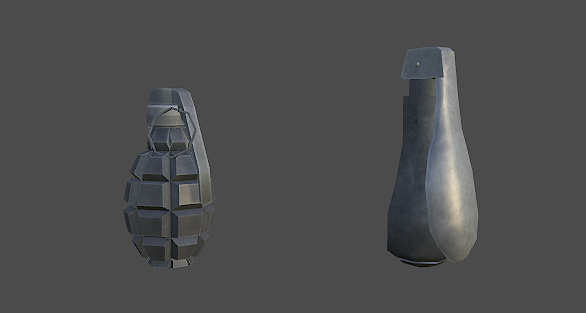 What's Next?
The mod is in a playable state but not yet ready for a release. We've started to talk about testing but don't get your hopes up. It's not going to be a public testing nor a large private testing. If you ask me to be part of the testing, I will never talk to you again.

In the meantime, you can expect a couple more updates that will give more and more information about the mod as we progress.

Great work guys! It's was about time there was a proper World War 1 game/mod.