There’s one thing that can truly take the pleasure out of travelling: Bureaucracy. Find out how difficult it is to travel to Russia in “A Globetrotter’s Aches” by Michael.

Posted by ZeppelinStudio on Jul 2nd, 2013

Who would have thought that it’s really not easy to get into Russia. This is a story about international bureaucracy.

Premise: Russian embassy in Vienna is open to the public every Monday, Tuesday and Friday from 9 am to 12 noon. The processing of the visa application usually takes 10 weekdays. The costs come to 35€. 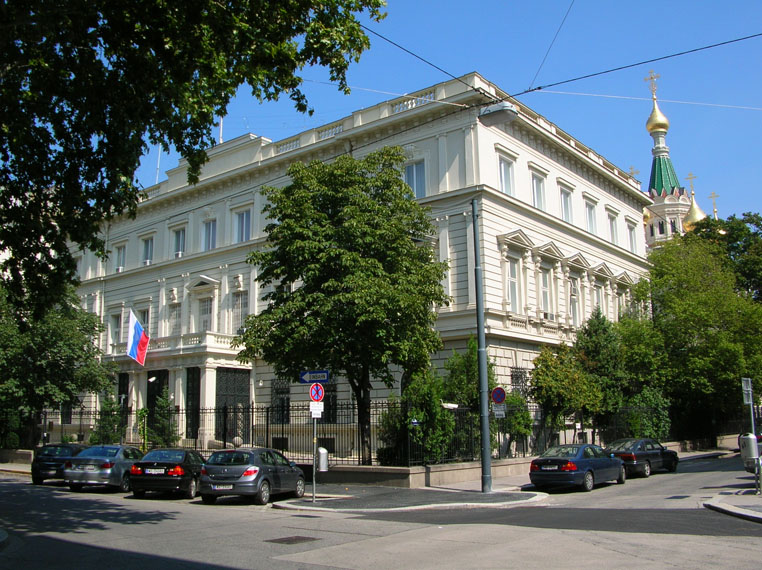 Philipp Schäfer was the first to try his luck. Arriving at the embassy at 8.50am he was greeted by a sign on the door proclaiming the existence of Russia Day (День России), a national holiday celebrating the declaration of Russian sovereignty from the USSR in 1990. We should have consulted Wikipedia prior to trying our luck straight at the embassy. But yet the day wasn’t lost. Right next to the embassy there is an artfully placed sign with big friendly letters guiding lost visa applicants to visum.at – a visa application service center specially designed for these situations. The procedure at the center was surprisingly straight forward and soon Philipp had applied for his visa and paid 111,50€. “Wait,” you say, “why so much?” Well that’s what we asked them when we came to pick up the finished visa. Reluctantly they informed us about the involved logistical processes. Visum.at sends the application to VHS (visa handling service), which is ANOTHER visa service center. VHS forwards the documents to the Russian embassy and after the visa is ready, it goes the same way back – embassy, VHS and finally visum.at. This even explains the four additional days needed for the process. Fun fact: visum.at, VHS and the embassy are all situated within 10 minutes walking distance. 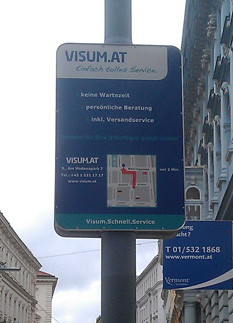 Our artist Philipp Schürz was the first to actually enjoy Russian hospitality at the entrance door of the embassy. At 8.55 am there was a decent queue at the sidewalk waiting patiently for entrance and at 9 o’clock sharp proceedings started. Not quite an hour later ten applications were already processed and Philipp pictured himself being finished in the course of the next hour. And truly everything could have been fine, weren’t there something called “day’s quota”. At 10 o’clock the doorman stepped out and stated in perfectly fluent Russian that today’s limit of visa applications had been reached. Everyone who was still waiting was humbly asked to try their luck at the visa handling service VHS, situated practically around the corner. After some Russian speaking Austrians managed to translate the message and directions to Philipp, he soon joined the other applicants standing in line again. In comparison to the time spent waiting, the procedure at the service counter was a rather short-lived one: The official translation in Russian of Microsoft’s invitation letter featured the wrong birthday. Since the English version didn’t count, there was only the way back home and another email to Microsoft. Some days later Philipp received the corrected translation, brought it directly to VHS and 10 days later… 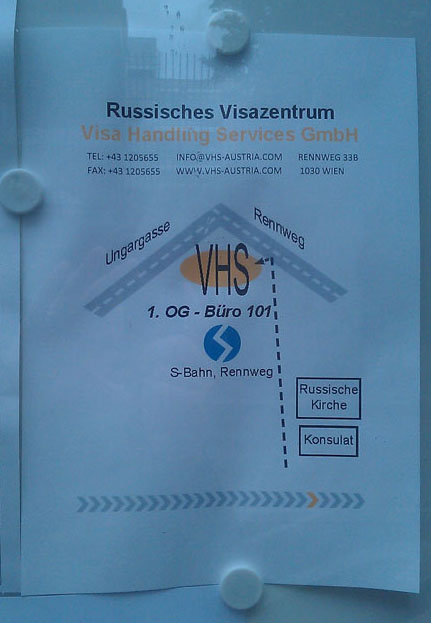 Tiare Feuchtner encountered different problems. Currently studying in Germany she needed to go to the Russian embassy situated in Berlin. Unfortunately on the exact day she wanted to apply for her visa, the embassy changed its policy. There are no opening hours anymore – only strict appointments. Since the soonest appointment was not until the week after that, Tiare tried her luck at another visa application service center (VHS). But again to no avail: The invitation letter, although featuring all the correct data, was “really good, but not quite good enough”. The visa center wouldn’t accept an invitation signed by the Senior HR Manager of the Russian Microsoft branch – they wanted a signature by the CEO himself – or maybe by Bill Gates would do? So another email was sent to Microsoft, revealing that apparently the personnel of the VHS have no clue of what they’re doing. Since this process took up most of a week she decided to take advantage of the appointment at the embassy. And indeed – Tiare’s visit at the embassy was extraordinarily victorious and after three days the visa was ready to collect. Appointments at the embassy are a marvel! 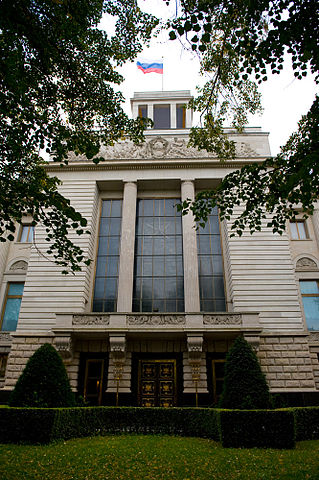 I myself thought to learn from my predecessors – I was about to arrive at the embassy in Vienna already half an hour before the opening hours started. Having checked Wikipedia for potential holidays I felt perfectly prepared. The problem wasn’t me. It was all the other people who had the same idea. For two hours I stood in the line just to see the door slam shut right in front of my nose. Being among the fools who get turned down is disappointing but being the first of them is mentally devastating. After another hour of sulking and sobbing at the door I set out to VHS. 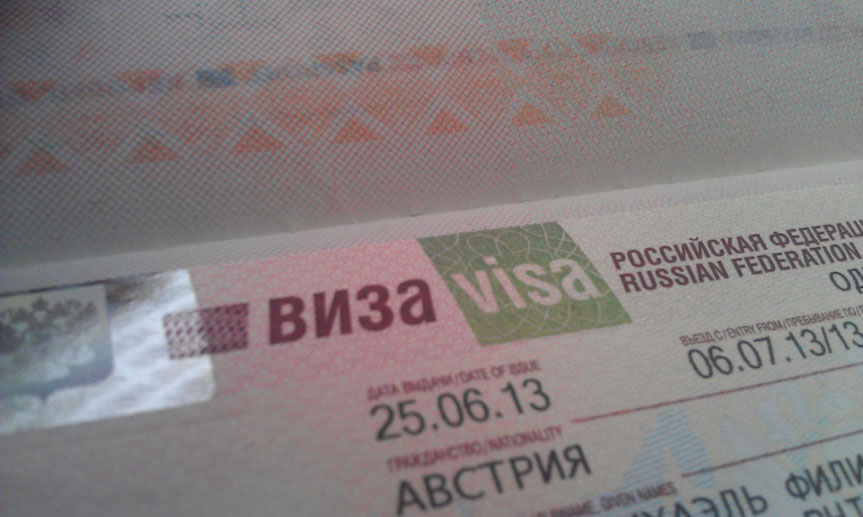 Conclusion: Become friends with some high officials in Russia. It may ease future pains.

Fingers crossed for next week!