RWR Beta 0.90 has finally seen the light of day and is now available in Desura. The change log is huge, with highlights at two new maps designed for King of the hill -action for three factions, and the first development iteration of the single player Invasion mode. 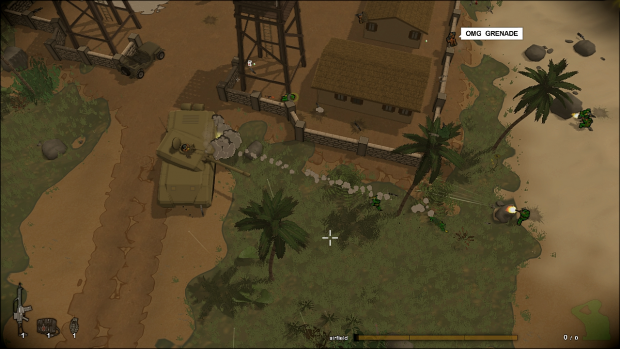 The Invasion campaign enables you to play with one profile through the maps in predefined order and settings as familiar from online Invasion, we've set XP progression rate much lower than usual for this, the factions have access to specific weapons only now, the cargo truck objective is there in selected maps and so on. 6 maps are included in the campaign currently, so expected playing time is somewhere around 6-9 hours, give or take, but don't feel bad if it takes longer -- I had my timer telling me 7 hours and I was still fighting for the second base in the 5th map :P

You can also activate the server on your single player campaign and invite your friends to play cooperative with you. Their profiles should become similarly stored in your game, so reconnecting with the same username later would allow continuing from the previous soldier status.

The campaign feels pretty challenging, at times it's even too easy to end up having a stalemate right there in your first base in the region, but most of the time there is a way around it though it might require some initiative on your part. The campaign obviously isn't complete yet, this is the first cycle, we'll be adding a few new surprise maps in the coming months and new objectives, settings, resources and possibilities. 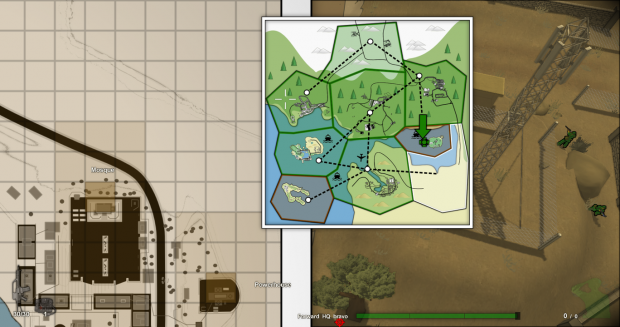 Talking about possibilities, 0.90 provides plenty of new stuff for modders! Faction specific resources aside, the generic support in calls and weapons has extended to allow any resource spawning on request, so it would be possible to set things up for transforming an item into a stationary weapon or cover, or calling a tank drop for that matter. Vanilla 0.90 still doesn't use these, we're still working on the content and polishing certain bugs, but I'm sure this feature won't be left unused!

On tactical level, vests have been revamped to fit their purpose better by having 3 stages for reacting to lethal hits - first one gets deflected, second stuns, third finally wounds now. This should give you a bit of clue how close you are to become wounded and consider if you're in a position where a medic could help you - if there's a medic in the first place. Shields are also more useful now with AI, they are able to shoot behind a shield better and the shield carrier also gets a reward split from kills made by those protected by the shield. Also, AI now uses paratrooper calls occasionally which can really turn the tide in a battle.

Looking good, this game keeps getting better and better! Keep up the good work!

This is awesome, you guys are the best. Keep up the great stuff!

Nice Update! I like the metagame. And wake island plays best!

I love this game.