We are finally wrapping up some loose ends in beta 0.84 which will impact the gameplay with and against AI a huge deal. Check out the full change log here.

You know the APC's in RWR, which feature a 40mm machine gun, but the AI very rarely fires any rounds and mainly uses those killers for transport? There, that's changing right now. I just got the highly regarded facepalm award trying to assault an enemy APC alone, now I know I'll try another tactic the next 4 times :)

Also, we've extended the squad commanding through the use of Squad command modifier key to allow having control over your vehicle and infantry separately, especially again for APC, but it'll function the same for other vehicles as well. This comes especially handy once you rank up enough to have a big squad with you. 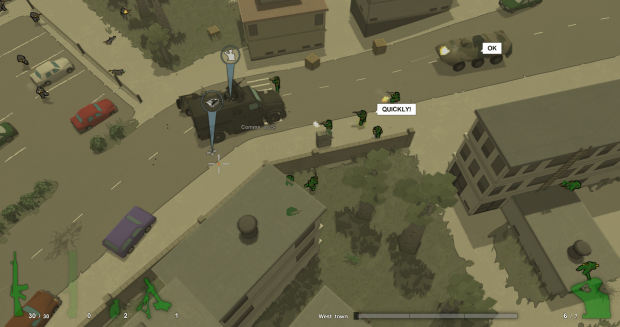 Other than that, beta 0.84 features an extended XP rewarding system, currently utilized with enemy vehicle damaging and certain achievements, and the usual stuff, balance tweaks and bug fixes.

you might want to see how controlling your sub-squads works, there is a picture in the tutorial (in the squad section) which explains it: Modulaatio.com

Running with rifles ^^ Reminds me of Postal 2 (running with scissors)