With large and various changes being made to the mod, Roma Universalis has moved out of alpha stage and into beta stage!

We are celebrating this move with a brand new release of Roma Universalis; there have been many new and large changes to the mod made recently, and a breakdown of them will be follow.

In the meantime, plans for the mod are a bit ambiguous at the moment. The mod can go in many different directions, but there are two that people have been asking for. Most players would like to see more events, decisions, and moves toward aligning with history: simulating the Punic Wars, Alexander's conquest of the First Persian Empire, and the rise of the Maurya Empire are just some events people desire.

While I won't promise much for now, I will try and work toward creating a pretty accurate representation of how Alexander conquered the Persian Empire. The mod will open with Macedon and Persia and several satraps at war; as long as Alexander the Great is alive in Macedon, Macedon will be able to conquer and automatically core and annex territory it occupies via sieges (this will count for both core Persian territory and several satraps which have been added in this beta).

If Alexander owns several key cities, like Cairo in Egypt for example, he will inherit the satrap entirely. Likewise, Alexander can choose to leave several satraps to themselves, either vassalizing them later or perhaps having them as allies or buffer states against more powerful nations.

The next move after that would be simulating what happens when Alexander dies; assuming Alexander completely conquers Persia and all of its satrapies, the Macedonian Empire will break apart into the Successor Kingdoms which consist of Ptolemaic Egypt, the Seleucid Empire, the Kingdom of Thrace, the previous Kingdom of Macedon, and perhaps a Greco-Baktrian Kingdom where Baktria stands now.

I will also ponder devising a way where Macedon can hold onto the territory that it's conquered, but balancing this will be difficult as it would make Macedon a ridiculously powerful nation in the game.

That's all folks! Till next time, enjoy the mod, and have fun!

Screenshots from this patch: 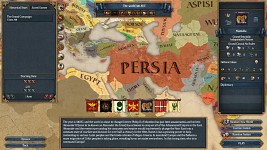 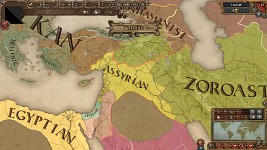 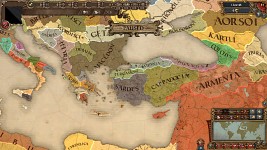 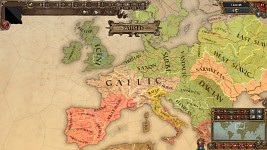 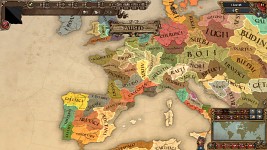 - Added Sardes, Pergamon, and Cappadocia as satraps of the Persian Empire

- Hellas tradenode now goes to Carthage, Carthage now goes to Italia, and Italia is now the only end-node in the world.

- Gave most, if not all, religions new provinces effects (like increased local manpower, decreased unrest etc)