Realms are entirely new areas players can explore alongside their existing world. Travel to a dungeon that changes every time you visit or to a large battle arena for a boss fight. They allow us to break the established rules and expand in ways we couldn't before. 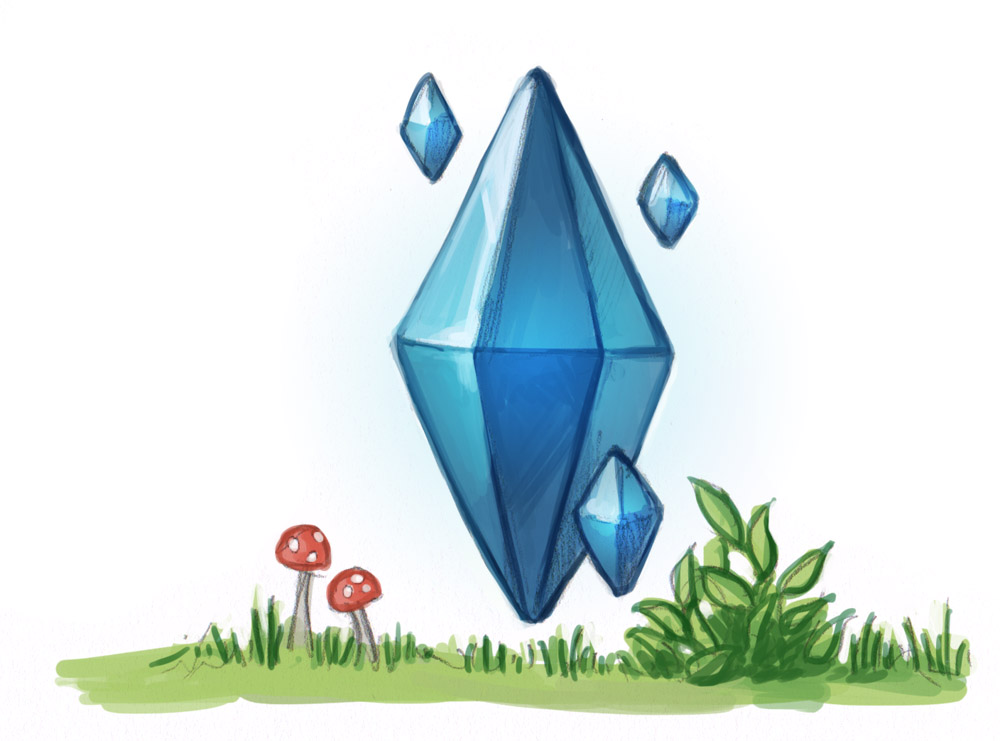 Because Crea’s biomes are randomly generated, they are always totally new worlds for players to explore. However, after playing in one world for awhile it starts to become too familiar. While it it’s wonderful to start from scratch and create a totally new world every once in awhile, sometimes players just want another dungeon to delve into. To remedy this, Crea will have what we are calling realms.

A realm is an entirely new area to explore separate from the main world but still accessible by special means. New realms can become available through exploration, unlocked by completing a quest, killing a boss, or any other means imaginable. Traveling between the world and realms is done through the use of Way Crystals; large crystals that mysteriously allow teleportation.

In Crea, certain rules apply to worlds, such that as players can build anywhere or that the world size is always very large. Realms, however, don’t have to stick to these rules. One realm could be as small as a single room. Maybe another realm doesn’t allow construction. By breaking the rules, realms enable the creation of areas and scenarios that were impossible before.

My favorite aspect to realms is that since they are loosely connected to the world they can be added and updated alongside existing worlds. For example, you could install a mod and through a quest gain access to an entirely new dungeon. Later you could get an update for this mod that builds additional content onto the dungeon. So realms can be continually evolving without interfering with the main world.

We plan to fully take full advantage of realms. Dungeons are a perfect fit. Some dungeons will be at a set level, while others grow in levels with your character so they will always provide a challenge. Most dungeons will be procedurally generated but some could be hand-crafted. All of the dungeons will be updated alongside existing worlds.

Dungeons are not the only use case though. We are considering some boss fights to be in special realms or perhaps at the end of a dungeon. We are also thinking other special areas could find themselves in realms. Casino?

This looks awesome I would really love to feature this on my YouTube channel when there is a playable demo. (:

Thanks! That would be great. We are aiming to have a public version available in May.