This is going to be the actual way to chose dungeons and quests. This first draft also adds two new training quests, which will help newcomers to handle the specifics of QuestRun. 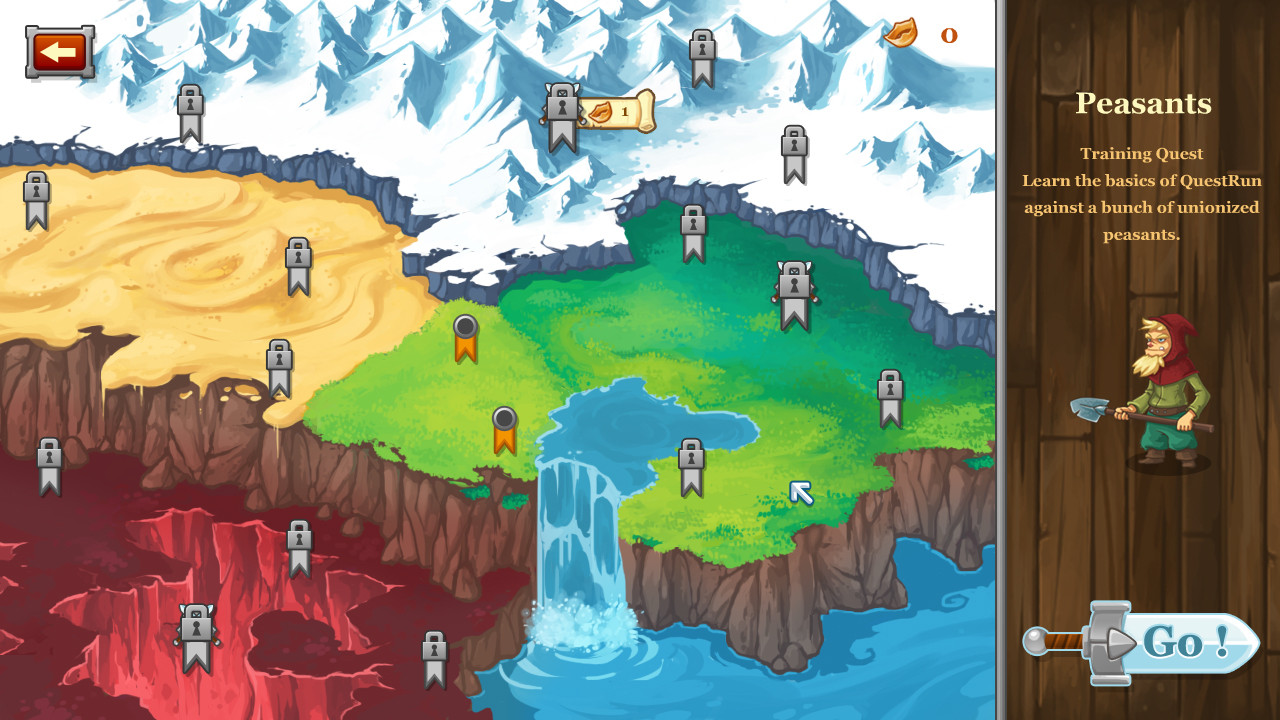 This is where you can spend your gold coins and crystals ! As promised the version also includes two Pets. There will be more in future updates.

The Alchemist turns items into potions !

The Healer restores health to you whole team when its fed !

In the next update : new challenging quest and a new feature - the "trait" !

And remember, our Greenlight Page is up
and waiting for your vote ! Share it to your friends !