The graphics-based follow up to Byzantine Studios' previous game - Pig Out - Classic Edition - has been released!

Posted by ByzantineStudios on Dec 6th, 2015

Pig Out! is an exciting video game adaptation of the classic tabletop game 'Pass the Pigs'. It follows on from Byzantine Studios' earlier text-based adaptation of the same game, but is made more accessible and engaging by it's cheerful graphical interface which, combined with original musical work by Chris 'CosmoMoose' Medway, also helps to create something of a party atmosphere. 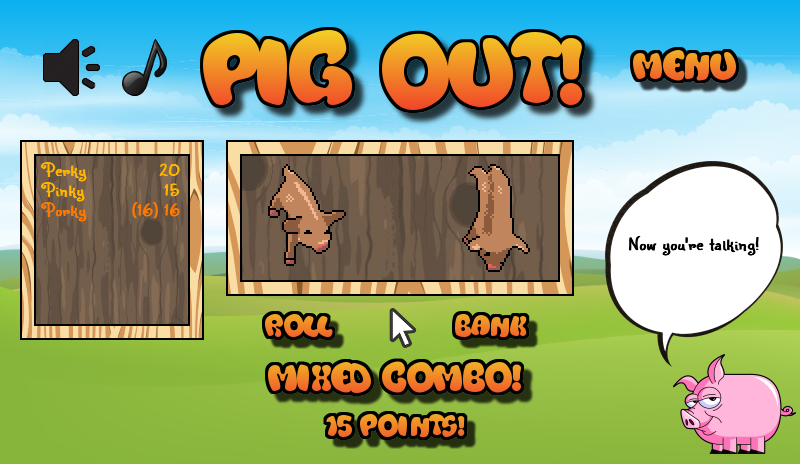 It can be played by up to 8 players - either real people or the convincing AI the game possesses - and features authentic simulation of the mechanics of the original tabletop game in which players race to 100 points by throwing model pigs and scoring based on which unlikely position the pigs land in.

And whilst the festive season is underway, Pig Out gets into the spirit of things: 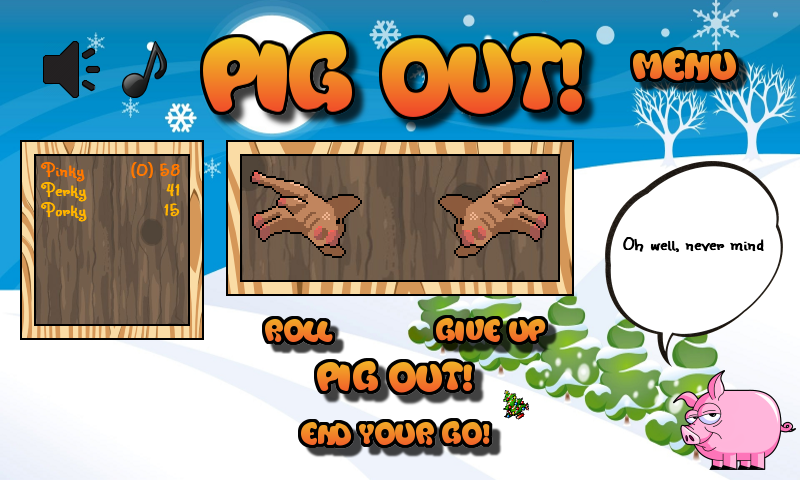 See a game of Pig Out! in full flow: