In this post I will simply just say hello and tell you what Pete is all about.

Hello my name is Tony. You might see others logged on this account from time to time. They will end what ever they are doing by putting their names at the end, so you know who is actually using this account at any given time. For now, I am on. I am the lead developer and the lead artist of Weeniefrog. Weeniefrog consist of (so far) Me, Jamal; The musician and Jouri, who is another artist. And we are all working on a game called Pete. Pete wakes up alone on a small little pirate ship. He has no idea where he is from nor does he know anything about the world he just awoken in. The only thing he has is a treasure map. So he sets off on a huge adventure into the world of Atland. On the way, meeting a lot of awesome characters and digging up amazing treasures, expanding his crew and taking down other pirates. However, it isn't all fun pirate games. There is a crooked mean old Pirate by the name of Malbeard. He is kidnapping villagers, for what purpose. Nobody knows. Some say he is forcing them into his crew! Others say, there is some things in this world you just can't explain. OH! Did I mention? Everything is made out of PAPER!

We decided to take this art direction, because we felt it was unique. While some games use paper like Paper Mario or Tearaway, we are simply using it for visuals stake. So no gimmicky paper mechanics. We also wanted to make the game very friendly. It's not supposed to be dark and grimy. However it can get that way sometimes, like fighting the main villain; Malbeard (this name may change.) You can see what he looks like right here. As well as Pete. 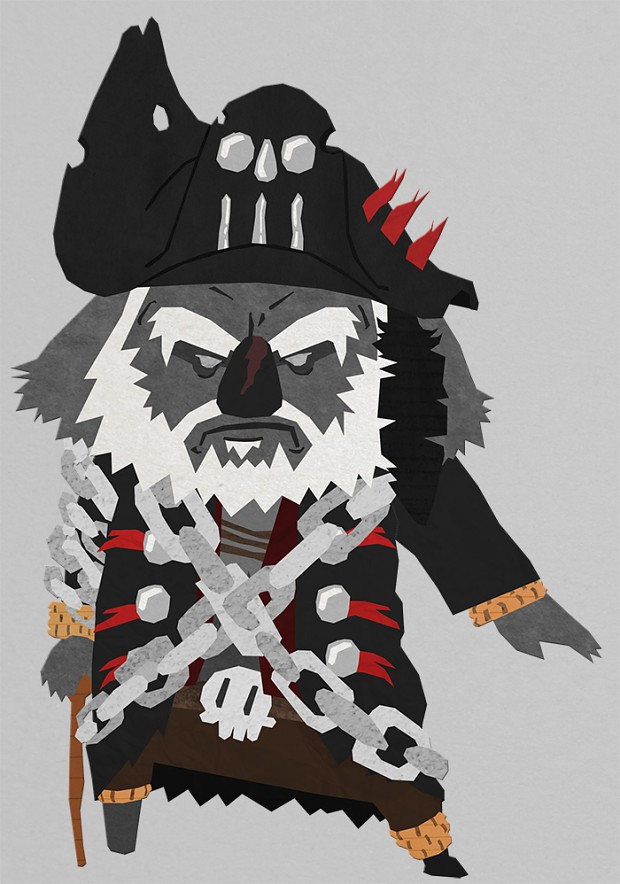 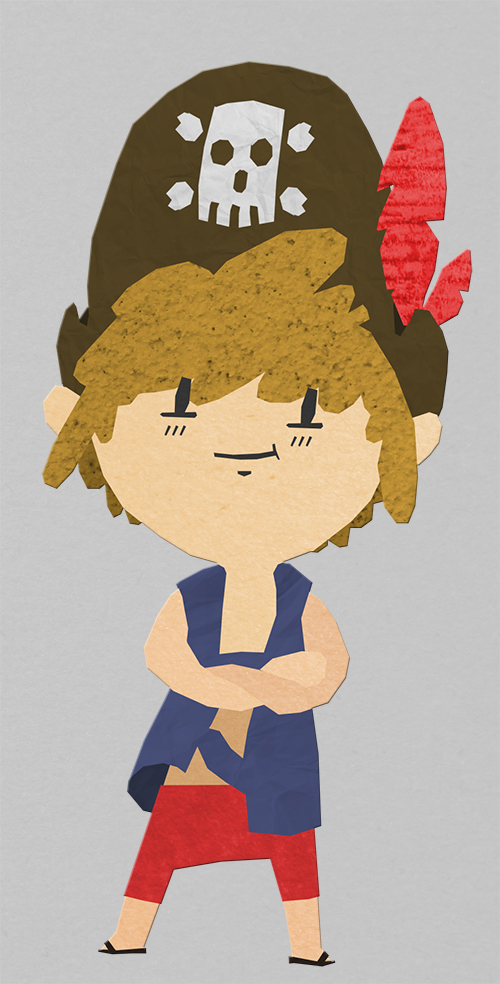 Pete will not only look like Paper Stop Motion, it will boast an entire orchestrated soundtrack. Something you would expect from games such as Mario Galaxy. There is a time system in the game, so every hour in real life is a day in this game. Making the music change to accommodate to the changes you would see during the day. For example. The night version of a song will be much slower, and very relaxing but the day version may be upbeat and very chirpy and happy. Not only will there be Day and Night. There will be weather as well. So on top of the day and night music changes, if it was raining and the waves starts to raise as well thundering and lightinging. The music will pick up almost to a terrifying speed and it will feel as if any moment your ship could be flipped over (this will never happen btw!) Ok, so now the environmental music dynamic is covered, let's talk about the islands. In this world (which I will refer to Atland for now on) is broken up by islands. There is no main land. Every islands will have a village of some sort, even cities! They will be 100% different from each other. On top of that they will have their own theme songs. And the whole weather thing still applies here too! If Jamal is up for it, I will post some of the songs on our Indiedb. It will most likely be samples and not the full length songs. Again I will have to check with Jamal. Before I end this segment about music. I would love it if you all would check out Jamal's YouTube. To hear is beautiful music!
Youtube.com

Ok, so on too the game itself, other than the plot. It is a platformer game, that is more about the atmosphere rather than stumping bad guys. When I took a look at platformer games, I started to realize a trend. There are random bad guys just put randomly through out theese games. That doesn't make much sense to me at all. So I am getting rid of them. So what makes platformers so great then? The bosses. So every island there will be a boss. You beat him/her/it and you get rewarded with awesome treasure. In the treasure chest you will get a lot of gold and a treasure map. This treasure map is always meant for other islands. So this encourages exploration. Other than that, you can discover things for yourself. By using your mouse you can click on things that seem strange and order Pete to go investigate. Sometimes things are just weird and are weird for no reason. So not every strange thing has hidden treasure or paths. Each island does have secrets all over the place. So being a true Pirate and looking for treasure, you will be rewarded deeply. With all the gold, you should be able to use it right? Of coarse! I hate games that have useless things to collect for the sake of a score. This isn't the early 90's. Nobody cares about top scores anymore. So with the gold you collect you can buy stuff. What kind of stuff? Outfits! Why should you be stuck with Pete's normal clothes? Go ahead and go buy yourself a nice Frog suit. Or whatever. Also you can buy a big pirate ship. Which is very useful. Bigger the ship, more crew members. Talking about the crew. You start off with none. It is your responsibility to go out and recruit people.

So this game has a social aspect to it. I like to think of it like Animal Crossing. Every AI in the game will be 100% unique. So no generic AI. They all have different personalities, and they are all different kinds of animals. Not just bear, mouse or frog. They range from almost every animal in the real world. You can give them gifts, chat with them, run errands and become friends with them. Once you become friends with them, then you can recruit them to your crew. So this is sort of a personal experience. There will be over 100. Matter of fact I am going to design all the characters after people in the community. When we launch the Kickstarter, we will offer that as one of the rewards for $100. Get it? 100 for 100. When you get a bigger Pirate Ship then you can face off with other Pirate ships around your size. Even be crazy and attack a ship that is much larger than yours. Reward? More gold! As you progress through the game, people will start to recognize you and your ship. Since your not a evil mean pirate. People love you. Which makes it easier to recruit them. Just imagine animal crossing made with paper and they all dream of the Pirate life. Basically it.

This game is still VERY early in Development. This is what we like to call the concept stage. In due time we will launch a kickstarter for this game so we can get the efficient amount of money to start working on this game. I am broke college student and so is Jamal and Jouri. However we will continue to update our indiedb. And we decided to go public with this game because we want your help! If you have any ideas you think would be cool, please don't hesitate to let us know! Or if you have any questions you can tweet at us @weeniefrog or email us at weeniefrog@gmail.com Thanks again and enjoy this little picture I did for Indiedb which I did in about a hour. Fair Winds - Tony 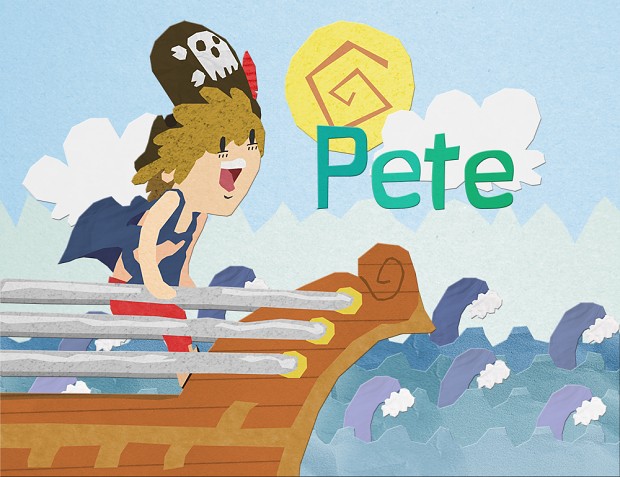 Original and with promise. You sir have earned a tracker.