This article discusses a broad overview of the new content and major new features in Path of Exile 1.0.0. We'll be presenting more detail on each section as well as more specific game balance changes over the next couple of weeks.

Path of Exile is being released at 10am Pacific Time on October 23 (this is 6am NZ time on October 24). It's available on our existing website and also through Steam (which connects to the same game servers). This article discusses a broad overview of the new content and major new features in Path of Exile 1.0.0. We'll be presenting more detail on each section as well as more specific game balance changes over the next couple of weeks. 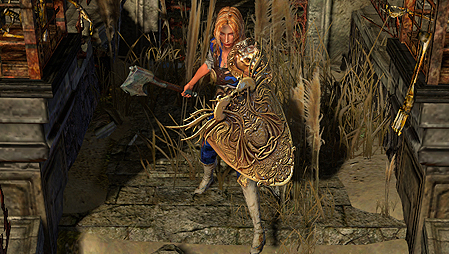 The daughter of corrupt nobles, the Scion was exiled to Wraeclast for killing her husband on her wedding night. She is aligned with all three core attributes - Strength, Dexterity and Intelligence, which places her right in the center of our passive skill tree. This unique position allows her to develop into almost any type of character build, while lacking the dedicated specialisation that our six existing classes offer. Because of her high learning curve, she's initially unavailable to new players. They must play through Path of Exile's Normal Difficulty (in any league) to unlock her as an accessible character. Her starting skill is Spectral Throw (described in more detail below).

A Fresh Start in the new Domination and Nemesis Leagues 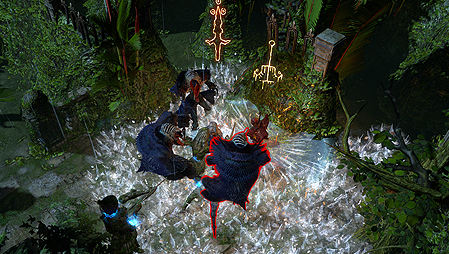 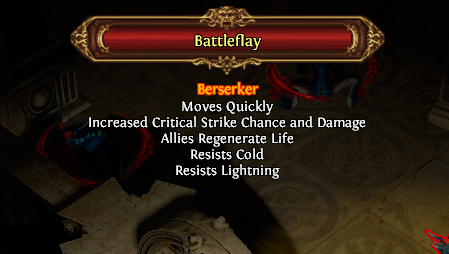 Domination: A variety of powerful Shrines now spawn throughout Wraeclast, surrounded by large groups of monsters that are influenced by their power. These monsters receive substantial bonuses or are protected by their shrine's effects in some way. If you are able to tag the shrine, you receive these powers for a short time. It's often very risky to run in and try to claim the shrine, but it is a gamble that can pay off. One of the new challenges is to tag each of the shrine types.

Nemesis: Nemesis is a Hardcore league (characters who die are converted to Standard characters). Rare monsters have one guaranteed mod from the Nemesis Pool, which makes the fight substantially harder. One of the challenges is to kill a rare with each of the Nemesis mods.

Like the Anarchy and Onslaught leagues, these new leagues have a set of extremely difficult challenges to complete. We haven't yet announced details of what the prizes are for these challenges. The new challenge leagues run until February 23, 2014. 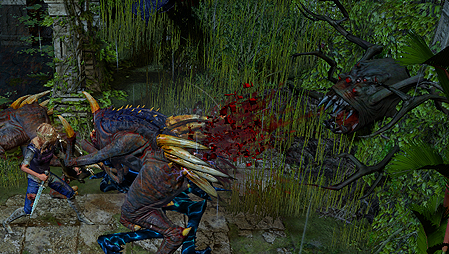 Featuring the new Gardens, Library and Tower tilesets (with multiple areas and quests each), Path of Exile's Act 3 has been expanded to lead up to a new grand finale boss fight with the Exile's main antagonist - Dominus himself. This completes the core story arc and opens Path of Exile up to the addition of new acts with future expansions.

With the introduction of the new areas, we've added six entirely new monster types to Path of Exile and have augmented existing monsters with new abilities. Some of the new monsters have been added outside of Act 3 to improve earlier parts of the game. For example, the Scavengers in the Terraces have been replaced by tribes of Cannibals. 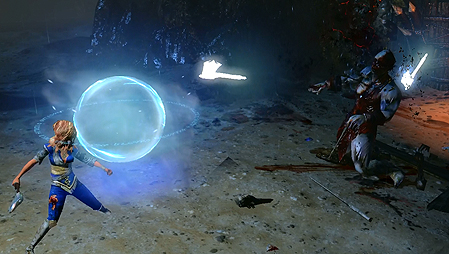 The release version of Path of Exile includes several new skills designed to both synergise well with the Scion character class, but also provide additional options to other classes. Spectral Throw allows you to throw an ethereal version of your weapon, which pierces through monsters before returning to you. Animate Weapon causes weapons to rise from the ground to fight by your side, while Animate Guardian can equip multiple items to an invisible entity that defends you in combat.

Some of the Support Gems added at Release appear counter-intuitive at first glance - Slower Projectiles and Reduced Duration. While these gems appear to make your spells worse at face value, they have interesting niche uses that strongly affect certain skill combinations. For example, using Reduced Duration on Lightning Warp causes you to travel more quickly. Slower Projectiles is naively useful on skills like Spark and Spectral Throw, but there are much cleverer combinations waiting to be found.

Path of Exile 1.0.0 also includes a new type of Support Gem - Trigger Gems. These gems allow you to set up your own procs that cast while you're fighting, as several different conditions are met. For example, if you augment Cast on Stunned with Frost Wall, then there's a chance that a wall of ice will rise from the ground when you're stunned. These triggers add a lot of new ways for skills to be cast during combat, dramatically increasing the versatility of many utility skills. There are six Trigger Gems in the initial release and plenty more are planned for the future. 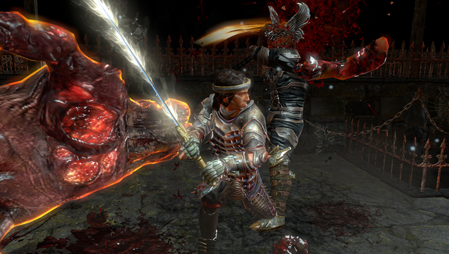 Dueling: Just right click a character in town and select "Duel". If they accept, both of your parties will be teleported to an Arena.

Tournament Seasons: A tournament is a short duration event (typically an hour or so) that you enter with a specific character. You play rapid-fire PvP rounds against other entrants, with matchmaking occurring within the tournament only. The goal is to accumulate as many wins as you can during the event, so you're encouraged to play aggressive characters that get decisive victories. Based on your overall placing in the tournament, you'll win PvP points which allow you to unlock various PvP-specific item rewards throughout a season.

Capture the Flag: Themed around Act 2's bandit lords who vie for control of the Phrecian Forest, players enter Capture the Flag events in teams and score points by capturing and returning a flag from their enemy's war camp. Fighting alongside their bandit lord and his followers, teams must carefully plan both their party build composition and strategy for defending their flag while claiming their enemy's. We are also experimenting with three-way Capture the Flag events (with up to 18 players at once). 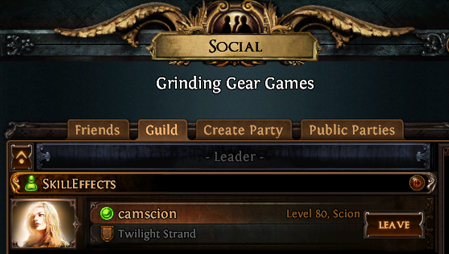 You can now create Guilds with your friends and compete against rival groups of Exiles. In addition to Guild Chat (which works between leagues) and purchasable Guild Stash Tabs (to store your shared wealth), Guilds also have ways to get points for their members' participation in races and PvP events. These points can unlock guild-specific rewards. There's also a set of insanely difficult Guild Challenges to be completed in the new Challenge leagues. Guild membership levels are currently Member, Officer and Leader. It's possible to have a Guild Tag next to your name, if your guild has reserved the tag. The details on how this works aren't announced yet.

Path of Exile's release is in a few weeks, but that's only the start of its development cycle! Our core development team scaled up from 20 developers to 33 during the Open Beta and we're planning to continue to grow it so that we can keep up a fast pace of Path of Exile content development. We're planning on releasing updates every two weeks, which will include content such as new skills, support gems, Unique items, microtransactions, league modes, balance changes and bug fixes. Our long term plans revolve around expansions each four months that add substantial content or headline features (such as new trade systems) that are timed with the rotation of our four-month challenge leagues.

Thanks for reading! We'll be posting plenty more information about these individual areas over the next two weeks. Look forward to seeing you all at Release.