Just a quick newsie to show off our GUI revamp; come and give us some feedback!

Our fight with the interface Hydra continues. Fortunately, it finally seems that we‘re getting the better of it.

I would be happy to know if any other devs have such problems with the interface. In our case, we try as hard as we can to get it right and planned from the very beginning, but the beast keeps changing ALL THE FREAKING TIME. 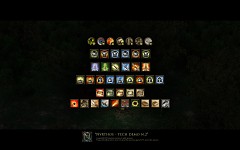 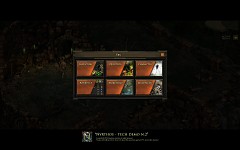 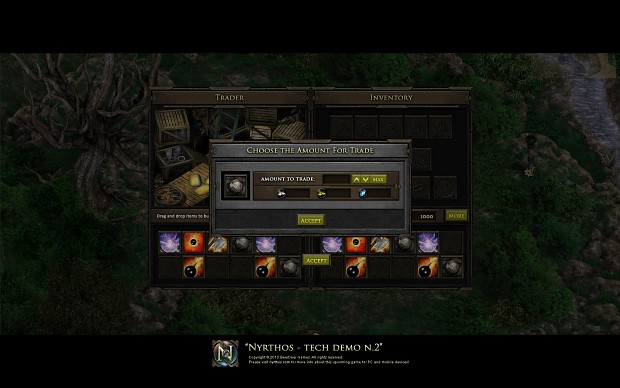 (hopefully the screenshots actually appear here and not in the gallery :) I‘m just still such an indieDb noob.. well.. )

Finally, we decided to take things as they are, and just make "something that looks good" and is usable and iterate along the way.

Check out the current state of it - I personally feel that it‘s awesome :) I might add some details and polish to some of the elements, as I think that though it matches the atmosphere of the game pretty well, it could "tell the story" even more (I‘d like some blood, cracks.. stuff like that.. looks just too undamaged).

Still - I‘m very happy with it right now, and it should hopefully survive a couple of iterations - maybe it‘ll make it to the final game.

Anyway - what do you guys think? Is it "clear to read"? Please let me know in the comments!

That gui looks great wish i had the ability to make some like that.

I think it is awesome.

Thanks for the kind words guys! Let the skeletons spare your souls :)