The second episode of this modification will feature the Battle of Gettysburg, which was the largest battle as well as the turning point of the Civil War. For three days in July 1863, both armies clashed near the small town Gettysburg in Pennsylvania. It will be the biggest battle on the american continent.

We are proud to announce our next episode of North & South!

In year 2013, the 150th anniversary of the biggest and bloodiest battle on american soil will be commemorated.

The Union and the Confederate States of America fighting for 2 years now. A confederate victory is close! Both sides fight in the biggest war on the american continent: The American Civil War 1861-1865.

The second episode of this modification will feature the Battle of Gettysburg, which was the largest battle as well as the turning point of the Civil War.
For three days in July 1863, both armies clashed near the small town Gettysburg in Pennsylvania. It will be the biggest battle on the american continent. 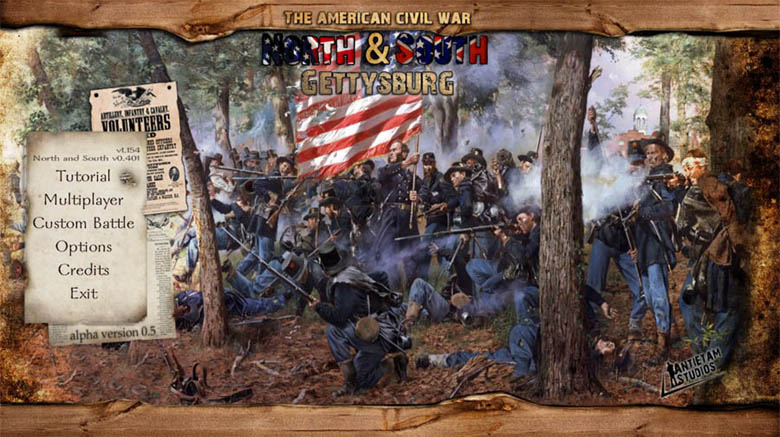 • A large amount of high-quality, historically accurate uniforms for each side!
• Many uniforms of famous regiments and brigades! Fight with the maltese cross of the 20th Maine on your kepi, in the uniform of the iron brigade, and many more!

• Each soldier can choose various amount of historical ranks.
You are a Lieutenant in your regiment? Feel free to choose a Lt. uniform and be proud of your rank. Even the common soldiers can choose different ranks like Private First Class or Corporal.
Each rank will be displayed on your uniform!

• While each unit class has some predefined uniform models, you are able to customize some parts of your uniform.

• Rifles do not have a fixed bayonet at spawn. Fix and Unfix bayonet command is important now.
• Supply trains are added. Those can be limbered with an artillery train and moved around. Each supply wagon offers resupply crates to refill your ammo!

Maps
• A large amount of historical accurate maps, which feature different parts of the battle of Gettysburg. Fight at McPhersons Ridge and
reenact the brave charge of the 14th Brooklyn or capture the Round Tops with the famous 15th Alabama.
• Historical buildings like McPhersons farm or the Gettysburg Seminary can be found on the battlefield!

• A wide array of historically accurate weapons!
• Fight with smoothbore muskets, rifled muskets, revolvers and repeating rifles!
• There's a good variety of swords to use as well!

With a small donation, regiment leaders can get their regiment ingame. You and your regiment will be able to play a new class, which is just available and unique to your regiment. You will have your own name, own uniform and flag colors. That regiment with its own uniform is exclusive for you and your soldiers, while other players can see your unique uniform and be jealous.
Those regiments have to be historical and civil war based of course!

Army of the Potomac
USA 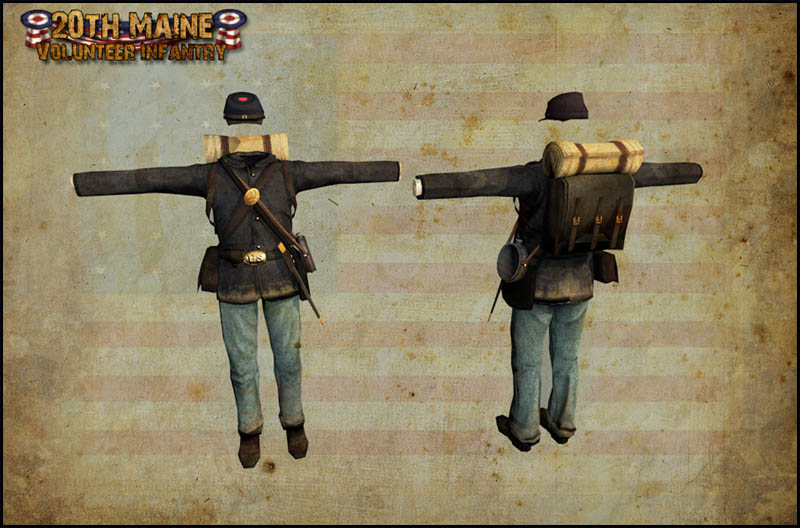 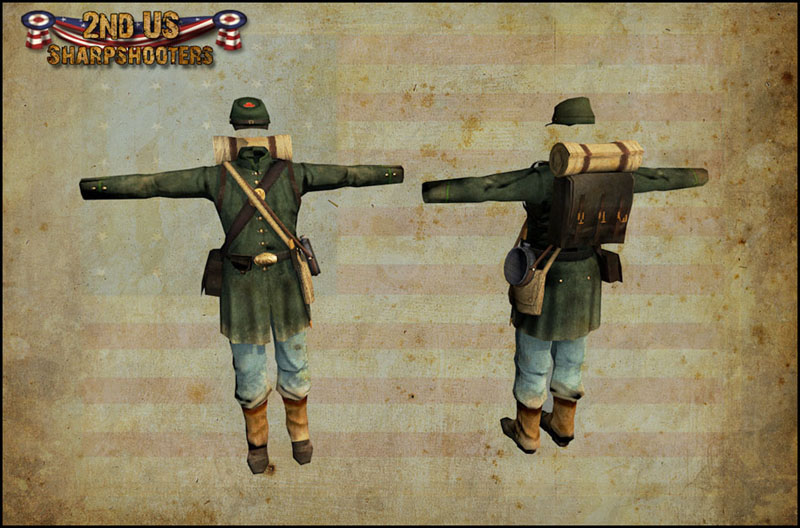 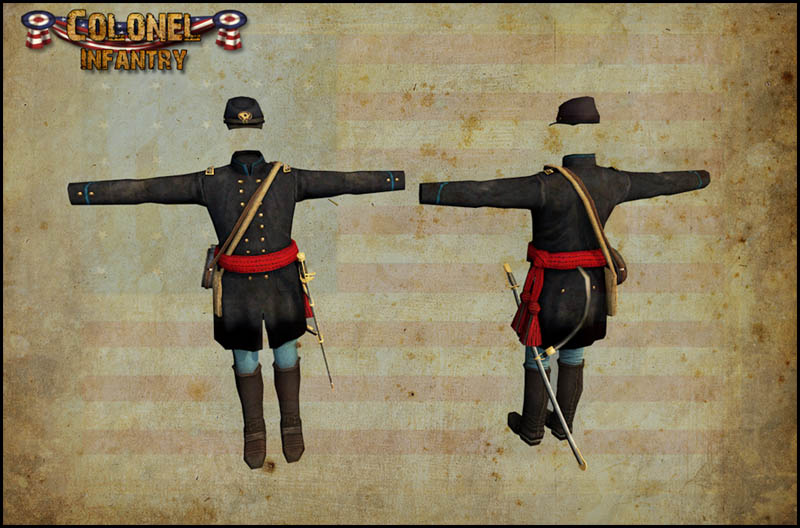 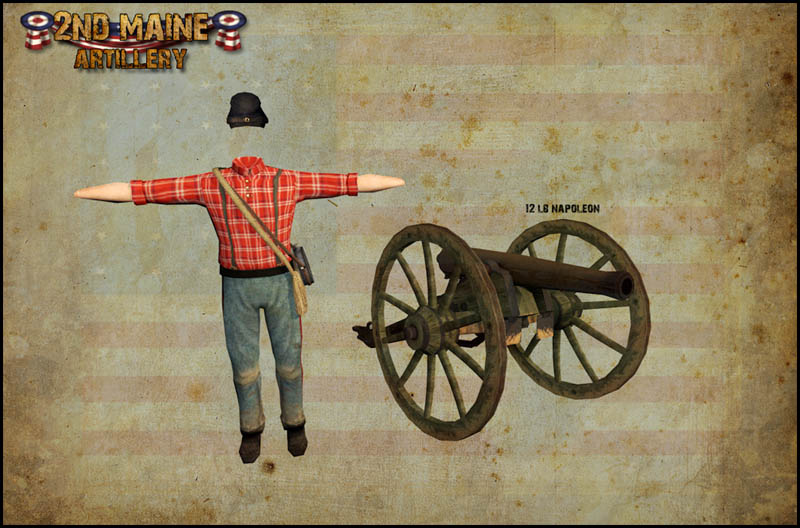 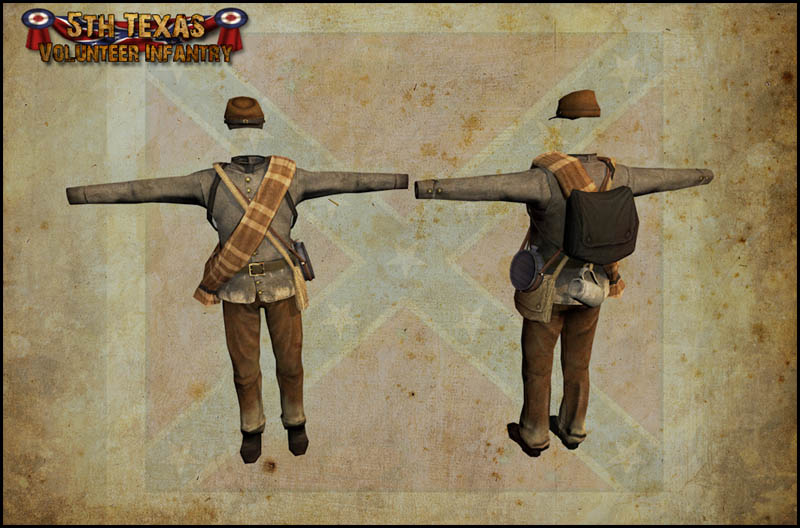 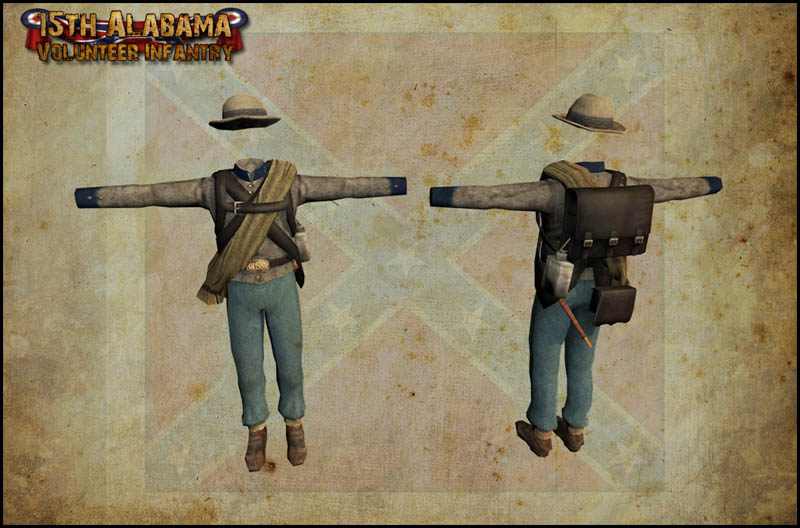 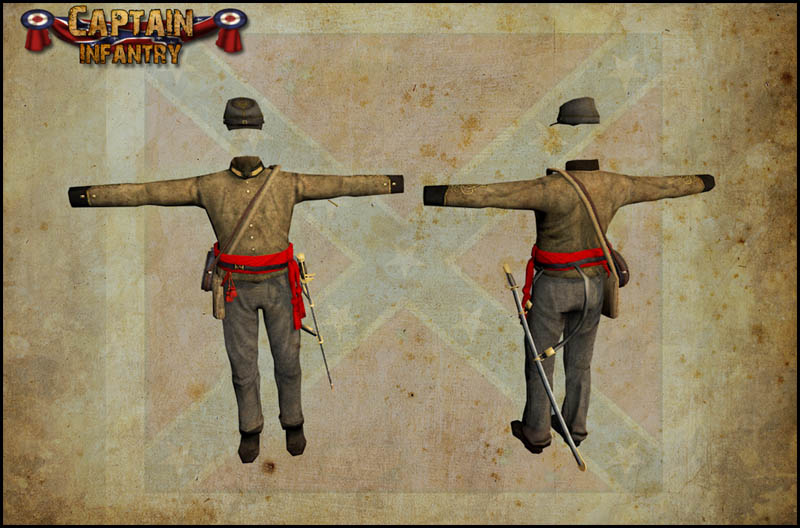 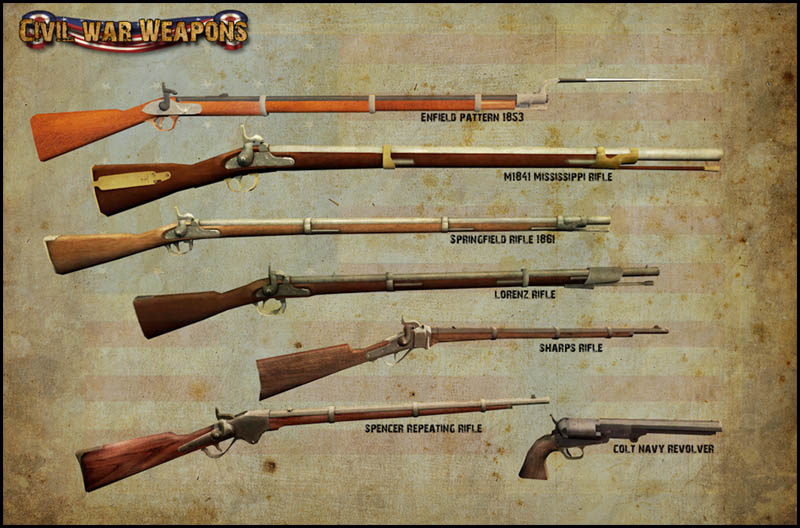 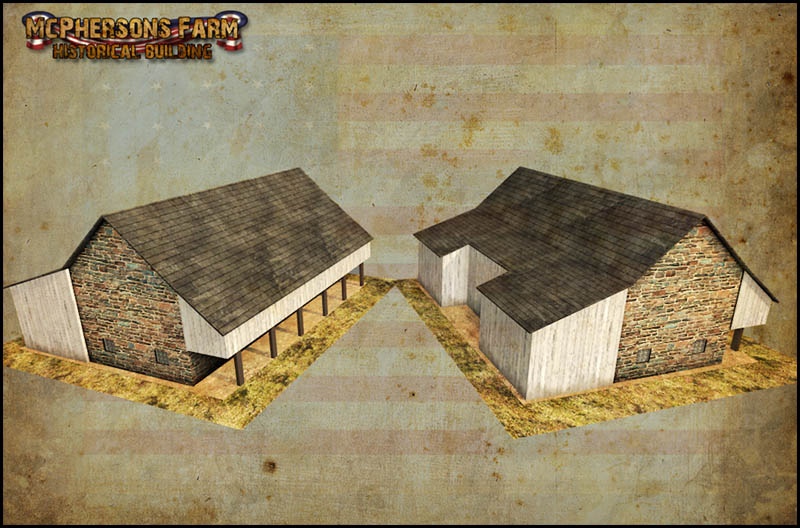 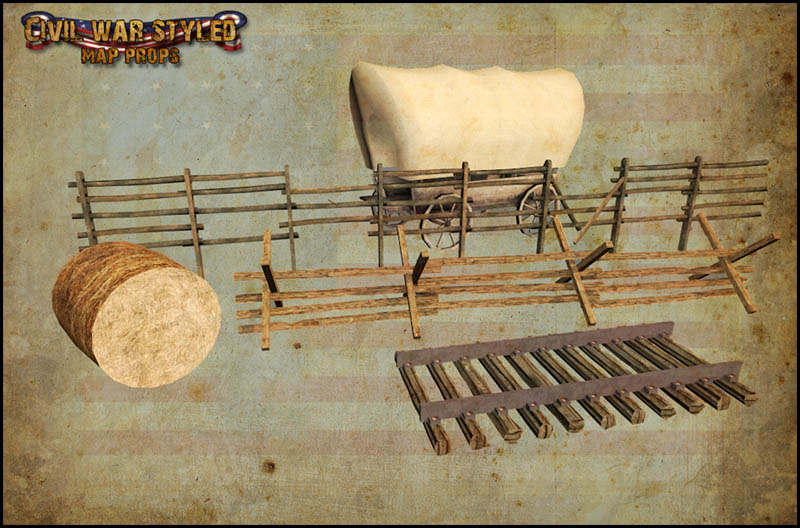 WATCH OUR FORUMS OR DOWNLOAD OUR CURRENT VERSION OF FIRST MANASSAS AT:

once its released I shall thoroughly enjoy this. Until then I wait

Is there a release date? Because I cant wait!

Yes this sounds awesome. I have seen the movie and its great! I like the soundtrack from it.Perhaps you can add it in the mod?

Is this still going to happen?
The North and South Manassas is really great..so I just hope Gettysburg is on the way..

is this mod still happening? I would totally download it. I hope it comes back one day.