I want to take some time and talk about some improvements for Star Rogue. A few playtesters were criticising the animations and enemy A.I./movement. To encounter those worries, I started to improve the enemy sprites and improve the animations. This is a long term task and won't be completely solved in a few patches.

I try to animate all the tentacles of the aliens and should also look into getting some eye animation. Increasing the subimages of an animation always helps to make the overall animation smoother.

For the A.I. and movement of the enemies I wanted to create something, the player can more easily react to. So some of them now stop and then shoot, so the player can dodge more easily. Also a acceleration and deceleration gives the enemy a more physical logical feeling and more fun to play against!

In further updates I want to experiment with froglike jump movement and enemies which crawl at the walls. Because at the moment most of the enemies are flying around, which should get mixed up a bit!

Here is the changelog of the last two patches:

changes:
-removed some stars from bg to make menu text easier to read

changes:
- improved movement of several enemies, they now accelerate and decelerate
- enemies now stop and "aim" before shooting
- some enemies now only shoot if they have line of sight of the player

Star Rogue is currently available in the Steam store in Early Access. You can find it when clicking on the image below or following this link: Store.steampowered.com. 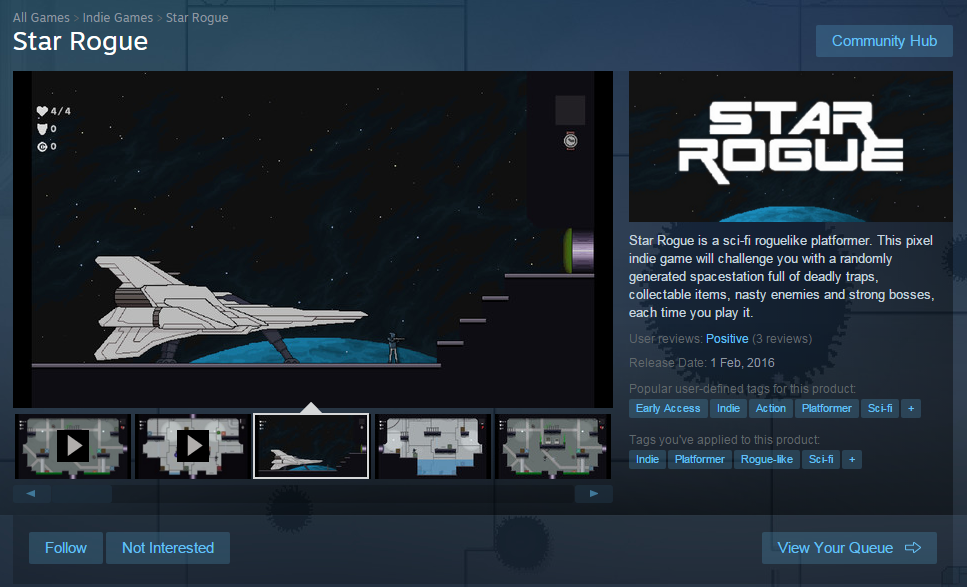