A new Alpha release including Blacksmith, Infinite farms, Hero button, Game speed controls and more. Plus a fundraiser to gather money to pay contributors to work full time on the game to help finish it faster.

Wildfire Games, an international group of volunteer game developers, is raising $150,000 to support development of 0 A.D., a free, open-source game of ancient warfare. The announcement of the fundraiser coincides with the release of "0 A.D. Alpha 14 Naukratis", the fourteenth alpha version of 0 A.D.Easy Download and InstallDownload and installation instructions are available for Windows, Linux and Mac OS X. 0 A.D. is free of charge and always will be. Although you might find some people selling copies of 0 A.D., either over the internet or on physical media, you will always have the option to download 0 A.D. completely gratis, directly from the developers.

Moreover, you can redistribute the game and modify it freely as long as you abide by the GPL. You can even use parts of the art and sound for your own projects as long as you abide by CC BY-SA. No "freemium" model, no in-game advertising, no catch.Please Contribute to the 0 A.D. Fundraiser!We've been working on 0 A.D. as a free, open-source project for over 4 years now.We have made tremendous progress over the years. All of this was accomplished almost for free, depending almost entirely on volunteer work. 0 A.D. will always be 100% free, open-source, and without any in-game ads. We have established ourselves as a one-of-a-kind project, combining strategy gaming, the love of ancient history and a commitment to openness and freedom.

But in order to complete the game soon, some of us will have to work on it as full-time contractors for the project.

To support speedier development of 0 A.D., please help us raise $160,000 over the next 45 days.
In exchange, you'll get some of our amazing perks, such as soundtrack CDs, posters, and even your face on a unit in the game! This is a limited-time offer, so act soon. 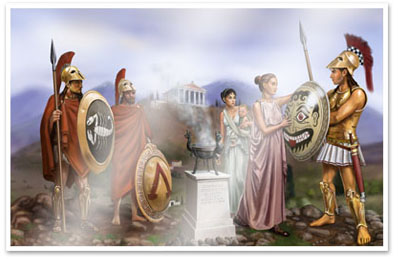 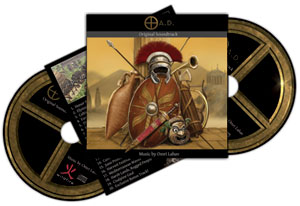 For this fundraiser, your donations will be processed by one of the top crowdfunding websites, Indiegogo, and by the non-profit payments platform FirstGiving. Funds will be held for us by a US-based non-profit, Software in the Public Interest (SPI). SPI accepts donations and holds funds for many open source projects, including Debian, Drupal and LibreOffice, and also for 0 A.D.

Importantly, SPI is a tax-exempt public charity described under section 501c3 of the US Internal Revenue Code. This means that for many US taxpayers, some or all of your donation towards this fundraiser may be tax-deductible. For details, please consult your tax advisor.

If you enjoy playing 0 A.D. and believe that it matters, please help →

Why "Naukratis"? Announcing the Ptolemaic Egyptians, the Seleucids and "0 A.D. - Empires Ascendant"We name our releases according to development status ("Alpha" or "Beta"), successive release number (1, 2, 3, ...) and a word relating to the ancient world, in alphabetical order ("Argonaut" for A, "Bellerophon" for B, ...).

Naukratis (alternate spelling: "Naucratis") was a city in the Nile Delta of Lower Egypt, mainly inhabited by Greeks from the 6th century BC onwards. It also contained pottery that demonstrated the earliest known examples of the early Greek alphabet. Until the rise of Alexandria, Naukratis was the most important port city in Egypt. (Thanks, ImperiusDamian!)

We chose "Naukratis" in honor of the Ptolemaic Kingdom, which we are proud to announce will be the eleventh faction in 0 A.D. Another Hellenistic state set to be included in 0 A.D. is the Seleucid Empire, which ruled the Near East after Alexander's empire fell apart. The Ptolemies and Seleucids are each set to be released in one of the next alphas, and they join the ten factions already portrayed in 0 A.D.: 3 Hellenic factions (Athens, Sparta, Macedonia), 2 Celtic factions (Britons and Gauls), Carthaginians, Iberians, Persians, Romans and Mauryan Indians.

For the next alpha, we welcome fan suggestions for words relating to the ancient world beginning with the letter O. Keep it original and related to the time frame portrayed in 0 A.D. (appx. 500 BC - 1 BC)!

The Ptolemies and the Seleucids probably conclude the set of factions we intend to make for the first edition of 0 A.D., covering the period between 500 B.C. and 1 B.C. We have decided to call this first edition "0 A.D. - Empires Ascendant". In future editions of the game, we hope to represent notable civilizations from 1 A.D. to 500 A.D. The list will not be finalized until the first edition has gone gold, but some possible civilizations include Late Rome, Imperial Rome or Eastern Rome, the Germanics, Vandals, Sarmatians, Saxons, Parthians, Huns, Dacians, and the Goths.Top New Gameplay Features in This ReleaseNow that we've got all the big announcements out of the way, let's review what's new in Alpha 14. 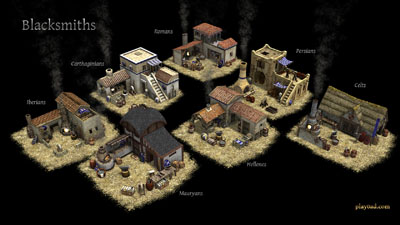 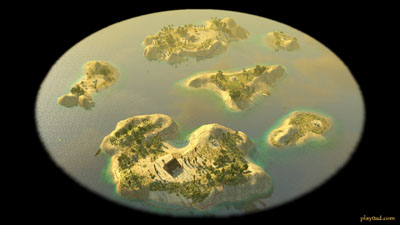 Getting SupportPlease see the "Get Support" page on our website to find ways to get help from the active and friendly 0 A.D. community.We are well aware there is some room for improvement in 0 A.D. Some known issues are: Lag, visual glitches or textures not loaded, missing animations and more. When you provide feedback, we would ask you to focus on some of the other points that could be improved. Thanks.Please Contribute!We are seeking volunteer contributors in programming, art, sound, documentation and more. Programmers are especially welcome and can get started immediately.Interested? Log onto #0ad-dev on QuakeNet on IRC and meet the developers. Also, you are invited to register on our forums and start participating!Subscribe to 0 A.D. Development News

Contact info for press, bloggers, etc.: aviv@wildfireORACLEgames.com without the capitalized name of an ancient priest or priestess whom people would consult for advice or predictions of the future.

Age of empires level of epicness!

Or even better the way it's turning out.

Epic mod, tracked it for 1 year, and it's going on very well, wish you luck dev team with the fundraiser.

Have to check the new alpha soon, but at least I pledged already ;).

Nice game
As an Indian liked the Mauryan civ. most