CasinoRPG is a new MMORPG from GoldFire Studios that combines the best elements of role-playing, tycoon and casino games into a unique web-based experience.

GoldFire Studios, creator of real-time multiplayer games for the web, recently launched a Kickstarter campaign for its hotly anticipated new title, CasinoRPG. CasinoRPG offers a unique gameplay experience that wraps role-playing, tycoon and casino games into a web-based, isometric MMORPG using the latest HTML5 technologies. The use of HTML5 allows the game to be played synchronously across most modern devices, without the need for downloads or plugins. 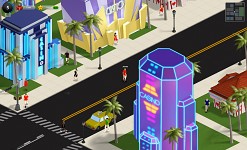 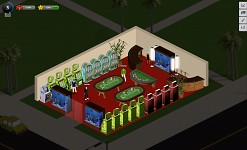 James Simpson, GoldFire Studios' CEO and founder, started developing games for the web when he was just thirteen years old. He has continued his passion for the last decade, and millions around the world have now played his games and game-related products. "Growing up in Oklahoma, there weren't a lot of opportunities for game development," said Simpson, "so I started my own independent game studio while attending the University of Oklahoma."

GoldFire Studios just wrapped up three months in the VentureSpur startup accelerator program out of Oklahoma City. "We've chosen to stay here in Oklahoma City rather than go to one of the coasts," said Simpson. The team sees it as a competitive advantage because of the quickly evolving culture in the city, as well as the fact that they are the only studio in town. Simpson added that "tech startups no longer have to be in Silicon Valley to succeed, and we hope to prove that with CasinoRPG." 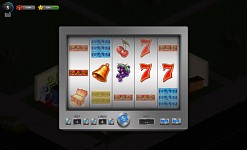 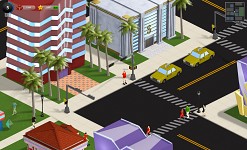 According to Simpson, "there hasn't been much innovation in the casino games space." CasinoRPG aims to change that by creating an entirely new category that wraps a vast, persistent virtual world around classic casino games. "No longer are you just pulling a virtual lever, there is actually depth to the gameplay," he continued.

"We've faced many technical challenges working with such new technologies, but we've come a long way and are ready to show the world what the web is capable of," says Luke Simkins, GoldFire Studios' Chief Technology Officer. Simpson added that "we've barely begun to tap the possibilities of the web as a legitimate gaming platform, the future of browser gaming is very exciting."

CasinoRPG is unique to Kickstarter because it is already nearing completion and will enter beta testing shortly after the successful completion of the Kickstarter campaign. "We want to make a good game great, and that doesn't come cheap," said Simpson, "so we are turning to Kickstarter to get us to the finish line." Backers of the Kickstarter will be able to participate in private beta rounds months before the game is released to the public, along with access to various physical and digital rewards.

Playing games like this is a great way to distract yourself and relax. I often study such materials to find a game for myself. As I was looking through the new pokies, I was interested in learning how some worked and their payouts. It was then that I came across PikachuCasinos site. What struck me the most was their diverse range of reviews on various casino games including roulette, blackjack, baccarat, poker, slots, lottery, and live dealer games. They not only provide reviews on these games but they also have gambling guides which are simplified to make it easy for beginners to understand the gaming concept. For me a casino with rewarding casino welcome bonuses and ongoing casino bonuses as well as convenient online casino deposits and withdrawals options are among the factors I consider when choosing an online casino. They have also reviews of not only mobile casinos but iPhone casinos and tablet casinos as well which are among the preferred gaming platforms since you can play your favorite game while on the go. They have also discussed how you can play for free and for real money. I enjoy playing free games during my leisure time but playing for real money is the ultimate entertainment hub since I can earn money on my lucky days.