Revamp on HUD, graphics and look of game. Basic effects has been added to some skills as well. First tier of the melee Class is done.

Just dropping in for a quick update to show off some of the progress that has been made over the last month.
There has been quite a revamp on the games HUD, icons and skill graphics and effects. Here are some screenshots to show of how it looks nowadays: 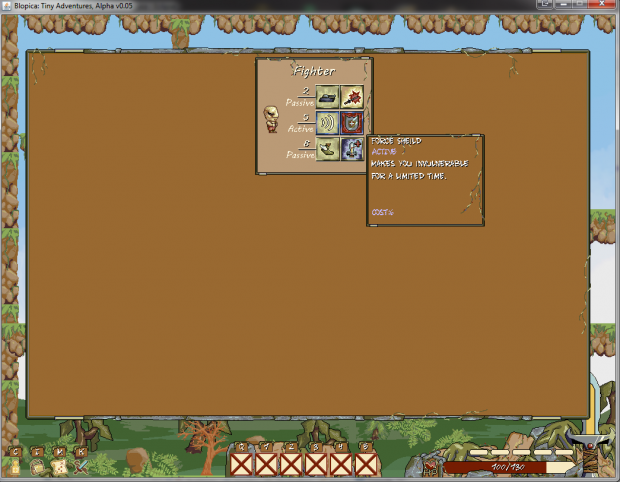 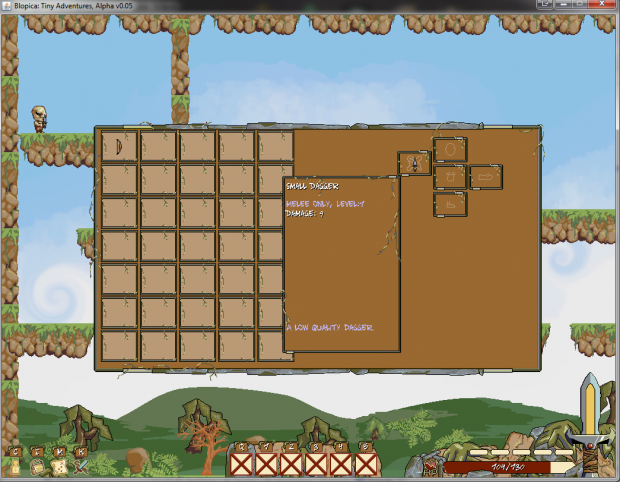 The first tier of the melee class (Fighter) is complete. I added some class specific weapons for the Fighter. The melee class will be using Swords/Maces/Axes as a main weapon but with the possibility to gain some ranged skills from the skill tree depending on which class direction a player chooses to take.

Next is probably making the quest system, adding some menues, adding music and sounds. After that I will probably have something quite playable :).