Both the beta and demo versions have had dozens of (probably over a hundred) individual changes and fixes since 0.971 in early June, so there's too much to list in a detailed way. Some of the more significant changes include the following: 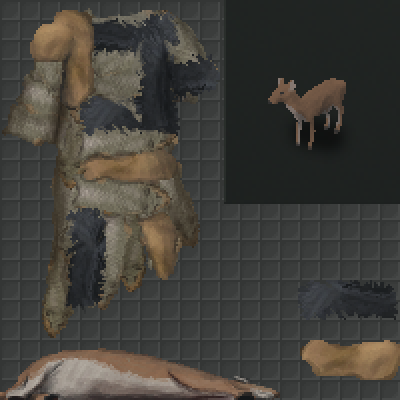 Updates to the Beta
In addition to the above shared changes, the beta has an extensive batch of new content. That content includes:

As you can see, there's quite a bit going on in these new builds. As we move forward, the gulf between demo and beta will look a lot like this build, where new mechanics are shared between the two (when they make sense), but the beta gets the lion's share of the new content and updates. In the end, the demo should still offer hours of fun, but the beta will be a fuller, longer, and more replayable experience. In theory, anyway. I reserve the right to screw up :)

Enjoy the new builds! And let me know if any issues arise!

I dunno if this happends for other with the new update on Desura but, when i start the game the screen is black and then if i click the poped up window with my mouse it says that it "dosen't respond".

So i can'y play the game yet.

Edit: OMG...Sorry it was my adobe flash player which was outdated. (Fixed) I downloaded the newest update and now it works fine ;).

Glad to hear that you sorted the issue out!

Is this using the browser or downloaded version? And what result are you seeing when you try to launch? Is it a loading screen and then blackness? Or can you see/hear the title screen?

Downloaded version, He throws this - "NEOScavenger" is damaged and can`t be opened. You should move it to the Trash.

Ah, that's a familiar issue. For most users, this is related to Apple's Gatekeeper settings. By default, it could be set to only allow apps downloaded from the Mac App Store and/or identified developers. Switching it to "Anywhere" should allow you to launch the game.

This is the aforementioned settings screen:
Support.apple.com

Let me know if that helps!

Switching on "Anywhere" helped now the game works, thanks.

P.S.: It would be great to see in the future will support 1280x800 and Russian language.

Glad to hear it worked out! I agree it would be good to have a resolution between 800x450 and 1360x768, as well as translated versions. I can't promise anything yet, but they're on my list for future consideration.

You are machine !!!
Will you plan multiplayer ?

Thanks! I'm afraid multiplayer is pretty far beyond my capabilities right now. Single player is proving to be a big challenge on its own!

Multiplayer would be cool, though!

You really are machine.

Wow! You guys have really been chugging out the updates lately, and I love it! This game just keeps getting better and better.

having a problem with shoes in the game. When i put on 2 shoes, they both are placed onto one foot, leaving the other one bare.

That's interesting. I recently changed the shoe items to be mirror images of each other, but I haven't seen the behavior you're describing (and nobody else has reported it yet). Which build are you using? Browser or download? And on which OS?

And if you're using the browser version, what Flash version is reported when you visit this page?
Helpx.adobe.com

I'm using the latest build, and I'm on windows 7 X64. It's weird, because i didn't have the problem with shoes in previous versions. Maybe there is an error with the UI?

There must be a bug in the sprite mirroring. I'll look into it!

Thanks guys! Glad you're enjoying the updates. To be honest, this is probably one of the more fun stages in development. Lots of the systems are running, and I get to add new items and toys to play with :)