I've just finished uploading new beta (0.974b) and demo (0.974d) builds. This update is largely a collection of bug fixes, optimizations, and balancing.

Both the beta and demo versions have quite a few changes and fixes, including: 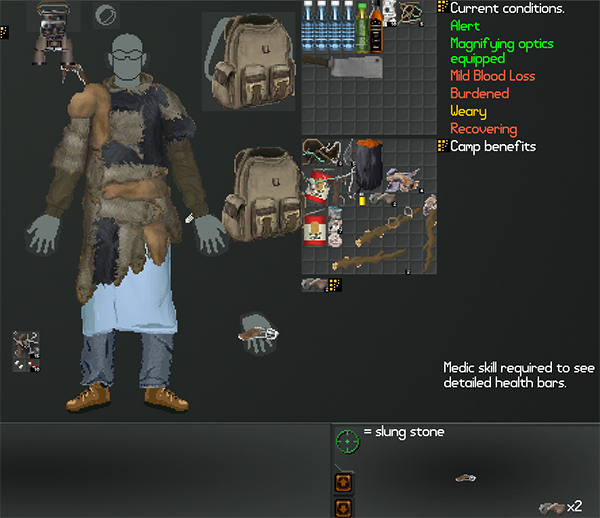 After an exhausting day of smashing bandits with stones from a sling.

Updates to the Beta

In addition to the above shared changes, the beta has the following updates:

Overall, the above changes (to both beta and demo) should make things quite a bit more reliable. We should see less crashes, fewer weird behaviors, and with any luck, even some performance improvements! Plus, quite a few content bugs should be fixed now, making recipes and encounters a bit better.

As always, I look forward to hearing any feedback you might have on the latest build. Enjoy!

Nice to see another update so fast.

Thanks! New updates like these tend to be faster, because they're a collection of smaller fixes. The slow updates are the really big features, like new crafting was :)

Just wanted to say thanks for the update. It fixed the issue of my character wearing 2 shoes on 1 foot. :)