This weekend I decided to hold my breath, take the plunge, and submit Savage to the IGF (against my better judgement, ha!). Why? Because I like being a nervous wreck and biting off way more than I can chew! On a personal level, I don't expect much to happen, but I am glad I submitted - in the long run, I think putting my game on a chopping block of that size is, overall, a good experience. Pluse: hitting the 'submit' button was great fun :D

On to the (potentially) more fun stuff -

I've decided to publicly post the build I submitted to the IGF because... well, why not? Quite a few substantial updates and bug fixes await anyone brave enough to go another round with the alpha, i.e. 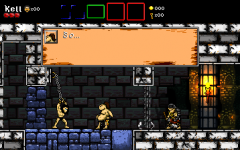 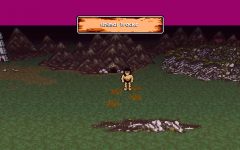 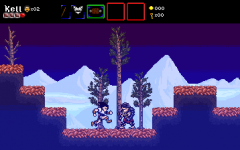 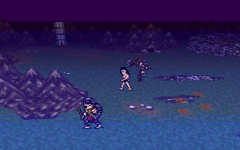 (IMPORTANT: SAVE FILES FROM THE PREVIOUS BUILD WILL NOT WORK WITH THIS ONE - Sorry :/ This will probably be the case until beta, or whenever I put a much more stable save system into the game.)

And last but not least, Savage: SOG's first trailer (*sniff* he's growing up so fast):

Thanks for reading/watching/playing!
Crom laughs at your Four Winds,
-Matt

Awesome work gonna have to give this game a go =)

Hey, thanks for checking it out :)

Looks great! Reminds me a Adventures of Link. Following!

Thanks, mhughson - That was always my favorite Zelda game and this is definitely a love letter to it :] Thanks for following!

Keep up the good work, this game is great, and once its done with alpha and beta, could probably make it on the steam greelight

Man, I hope so :) Thanks so much for the encouragement!