Having opened up the sound of Super Hematoma last week by incorporating the MMC5 sound module for the Rain City theme, I decided to revisit the other two themes to see if they could use some extra depth as well.

Having opened up the sound of Super Hematoma last week by incorporating the MMC5 sound module for the Rain City theme, I decided to revisit the other two themes to see if they could use some extra depth as well. 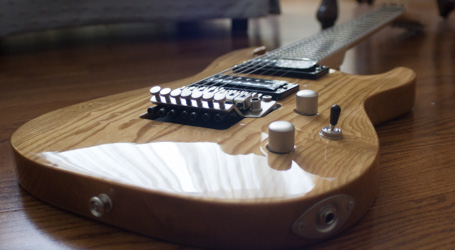 I actually spent a while attempting to re-work the Title Theme, but in the end decided that I was happy with the way it sounds. It has a simplicity to it that I like, and I had intentionally kept it somewhat subdued from the start. It has more of a brushing type soft rhythm to it as opposed to something more prominent like a stick on a snare. I didn’t feel that adding any extra kick or altering to a snare was improving anything, nor did I think that any extra harmonies or melodies were having me a feeling that was more satisfactory than what we already have. I suspect that the Super Hematoma Title track will remain as-is.

The Oil Sands theme on the other hand did go through some revision. There was the occasional bass melody which I changed, and I think one or two of the original trebble notes may have been altered as well, though subtly. What I did do however, was make a change similar to how the Rain City theme works. I wanted to use a square channel for bass, and free up the triangle for kick drums. The MMC5 module wasn’t giving me a bass sound that I liked. In this case, I was happy with the timbre of the triangle channel and wanted to try and retain that sound. After some experimenting with the Konami VRC6 module, I found a sound that I liked and was successfully able to move the bass over. I also was able to get a little more response out of varying the sound and I think I’ve improved the rhythmic pulse of the bass by emphasizing certain notes.

The kick drum sound is pretty much the same as what I’d used for Rain City, and I think contributes a lot to the sound of the Oil Sands. I think it’s got a much more interesting mood to it now rather than the constant chug that it used to have. I was originally trying for that sound, and I think it’s still there, but I like the extra emphasis of the new triangle channel.

Finally, I added in a new additional melody. Honestly, my vocabulary isn’t good enough to describe what I was going for with this, but I think it works. Especially in the middle section, which I always had
felt was a little stagnant, I think it helps add a bit of a building up quality. It retains much of the same feel of the original with just a little bit of extra depth.

In other news, as I mentioned earlier, I’ve got some Steam Keys gathering virtual dust. I ran a random draw via Twitter today, and @SeeminglyJaded was the lucky chap that got a free copy of Fez. I’ve still got a copy of Bastion, FTL, Limbo, and Mark of The Ninja to give away. Keep your eyes peeled for a chance to win something fun!