On March 2nd, 2018, Moubootaur Legends Server was born. It took over a year to, with the help of many friends and contributors, reach a Beta state. And today, we are proud to announce its second birthday.

Moubootaur Legends is an Open Source, Free Software game. Anyone is welcome to play and even change the game source code if they want a particular feature not available, or to change how the game works.
The game also allows certain resources to be modded, like maps, but without affecting gameplay.

This game aims to be fun no matter how you want to play it. Want to be the most renowned crafter in the world? No problem. Want to be known for slaying the most powerful bosses ever? We've got you covered! More casual, would like to spend your time in the game fishing? Yes, we have this as well. The treasure hunter? There are treasure boxes and secret rooms on the whole world.

If you want to be known for just spending the most time online... Guess what? Why we wouldn't have this feature as well?

During the whole week, every new player will begin at level 10.
This level boost is applied by the starter ship's captain.

Also, experience gain from all monsters will be increased in 50%. We want to remember this game does not have any inapp purchase, being strong or weak on the game, having the best or the worst items, being rich or poor is entirely upon your own merits. 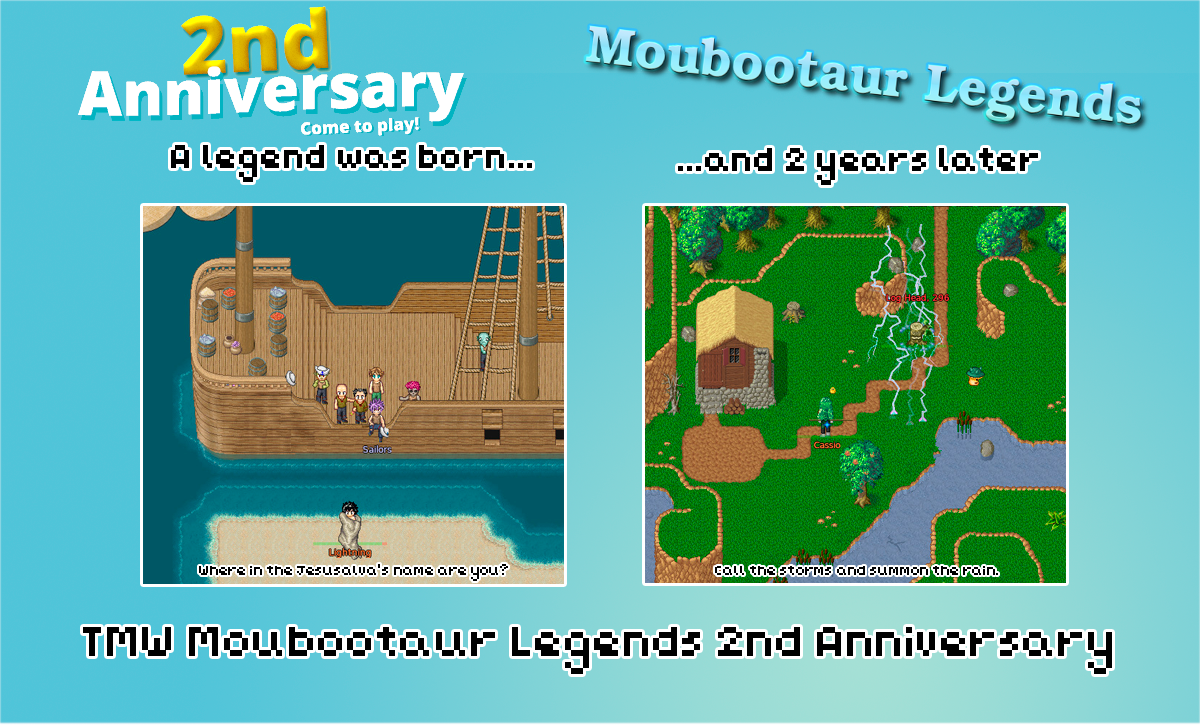 PS. The game is also available in Brazilian Portuguese and German.

You're free to Contact Us anytime if you have questions. We'll do our best to answer them.