Cause the question for MechCommander Map Editor functions repeats itself again and again by the community - i wrote this article in order to inform you about how it works - and how it not works. The Mechcommander game editor is a 8/16bit installation that efforts an emulated older Win OS system. Reason is that the game itself must be physically installed before the Editor can be installed. And on my side this only works for Windows 95, Windows 98 & Windows XP (with tight limits).

Hello dear MechCommanders,
for the reasons above, this topic nowadays is more a modding topic than anything else. Like i mentioned - it is NOT POSSIBLE to run the editor, when the game isn't physically installed. Reason for this is that the editor scans for the system registry file of MechCommander while you start the application. So it is not possible to run the MC Map Editor Installer without phsysicall installing the game before. As you can read in this article - the game only can only be installed on older Windows OS systems (95/98/00/ME/XP/{Vista}). So when you actually run MechCommander on an emulated Windows 98 for example you can of course install and use the game editor to create new content for MechCommander. Here is an overview which Windows OS can actually use the MC Map Editor:

I have to say that the MechCommander Map Editor itself was a very limited and unstable program. Even under best conditions (Windows 98 SE, Sp3) it coincedentially crashes and it ALWAYS crashes when you want to use it's full limits or even try to enlarge / extend them. This has multiple reasons. So when you have a strong attitude to get it running - don't promise yourself too much of it. To understand, i explain to you how i use the editor for, here a short list:

For anything you can do more... - More objectives, salvage from salvage infrastructures, new player mech units, lookoutpoints, damages on buildings or units or else... - i do use the Editor Extender for MechCommander Map Editors. With the extender i can do those things:

So how does this work?
Well at first you open a Map with the mission editor. Keep in mind that a map with mission data only can be reopened by the editor when it's not overriden by the Editor Extender. As soon you apply your Extender changes to the mission files - they become unreadable for the basic Editor. So the Editor will crash when you reload the map with mission data. This may although happen with maps that got modyfied to it's limits. I mean maps that are big with many objects (cities / trees) and about 45 units that where placed in may always crash when you re-open it with the MC Map Editor. So i recommend always opening maps with map data only and if you create and work on missions - you should make a backup for the mission files themself before going on modifying them.

So the actual order is this:

After opening the MCEditor.exe file there will come up a little launcher window: 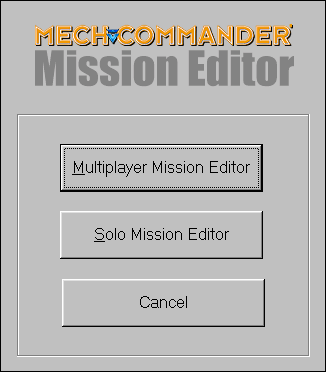 The next screenshots are showing the graphical user interface. This is the version number i'm using: 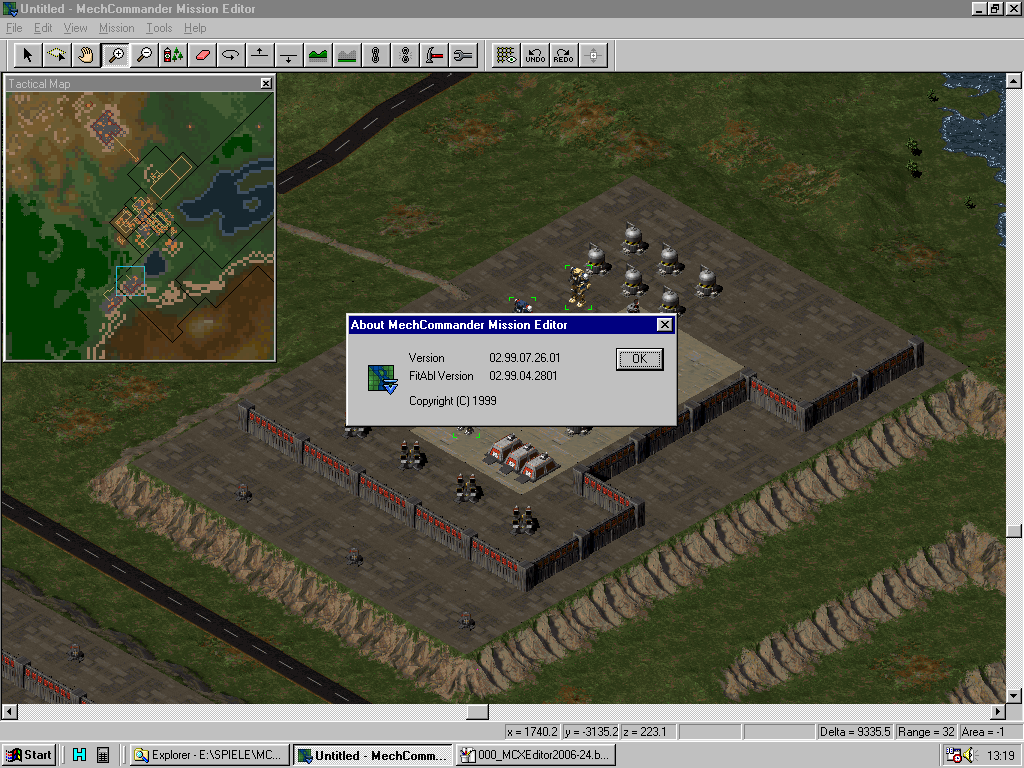 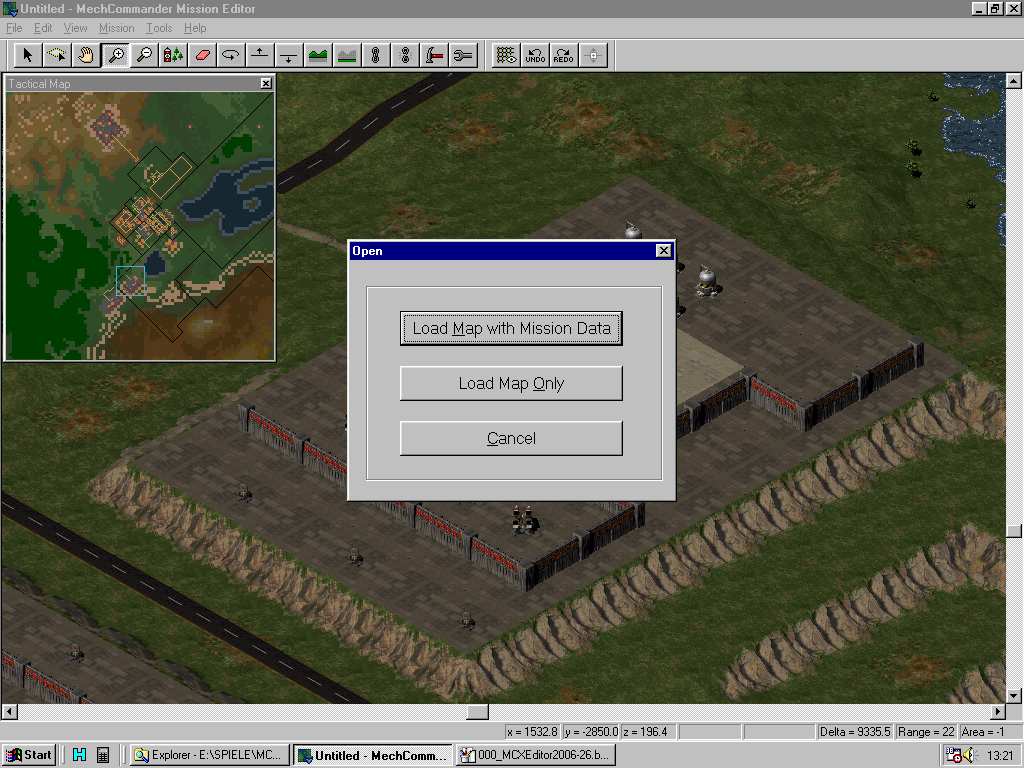 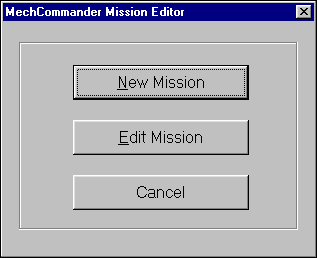 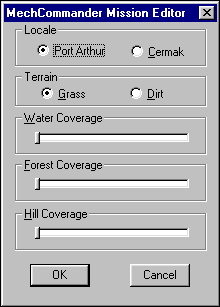 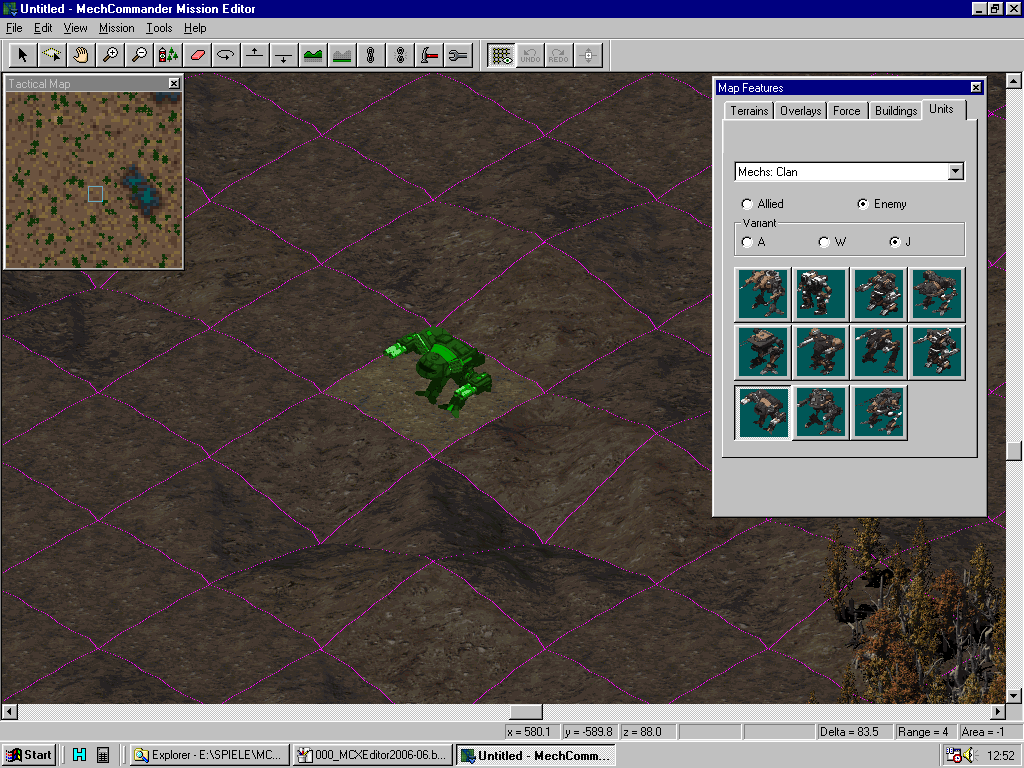 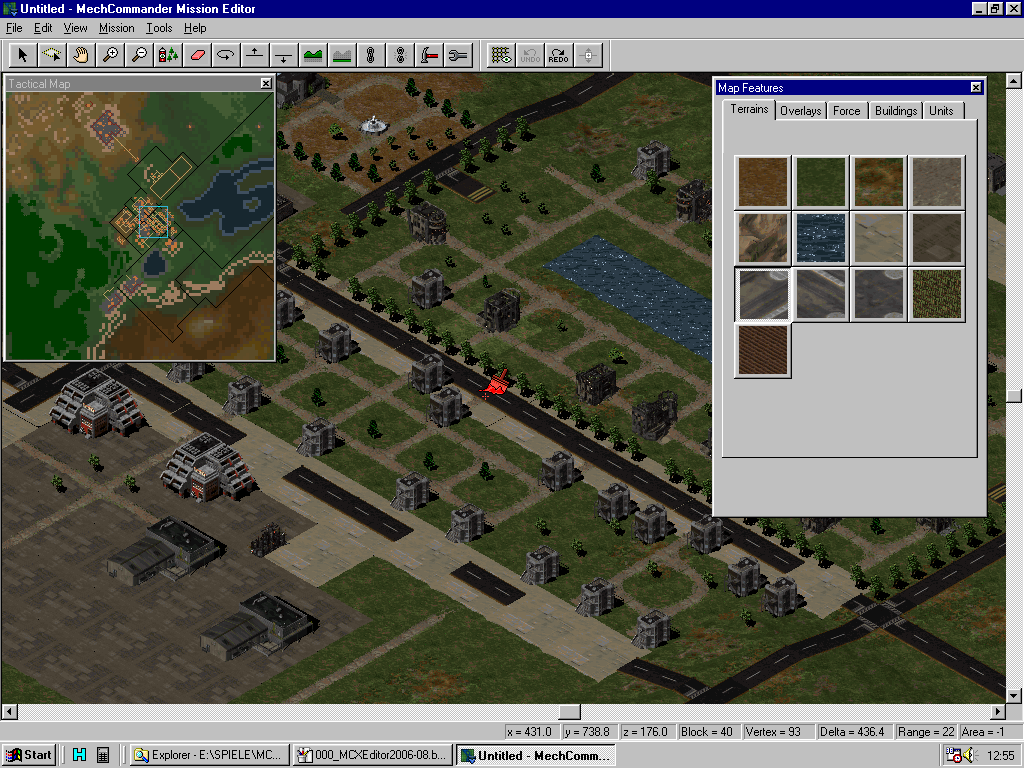 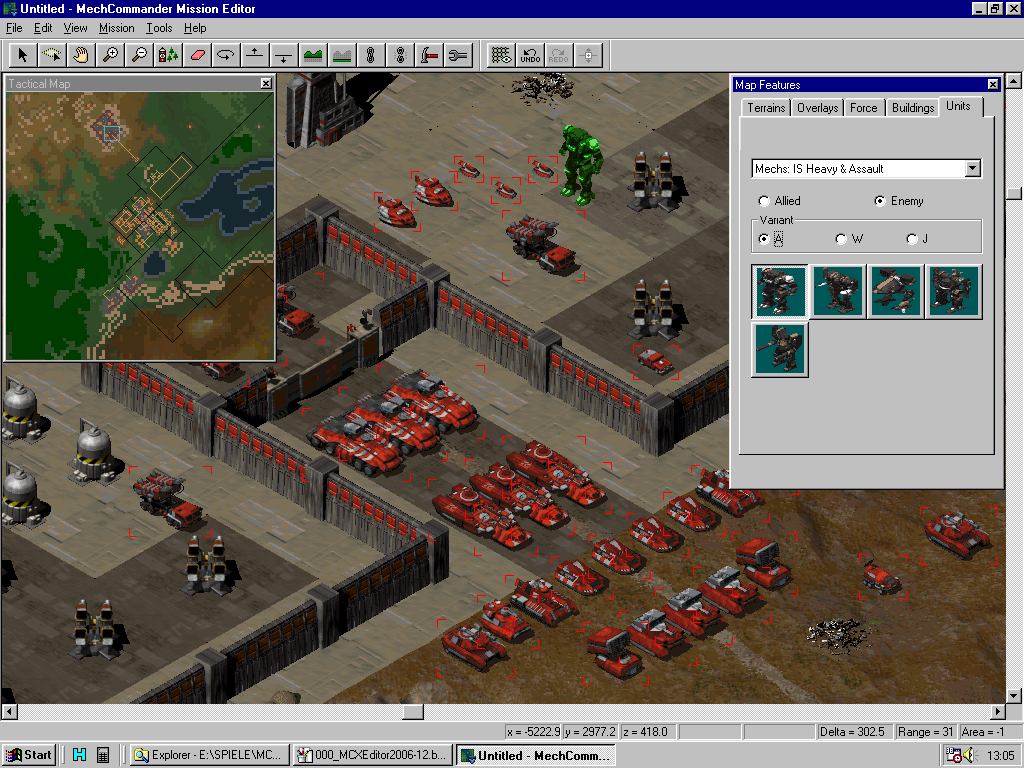 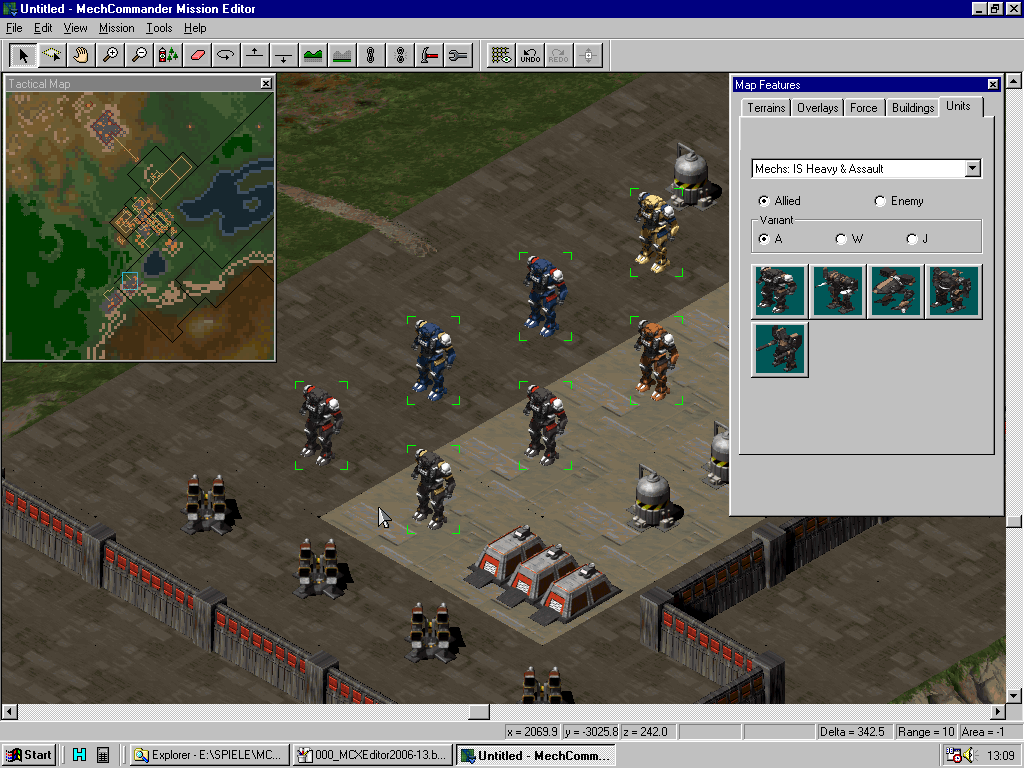 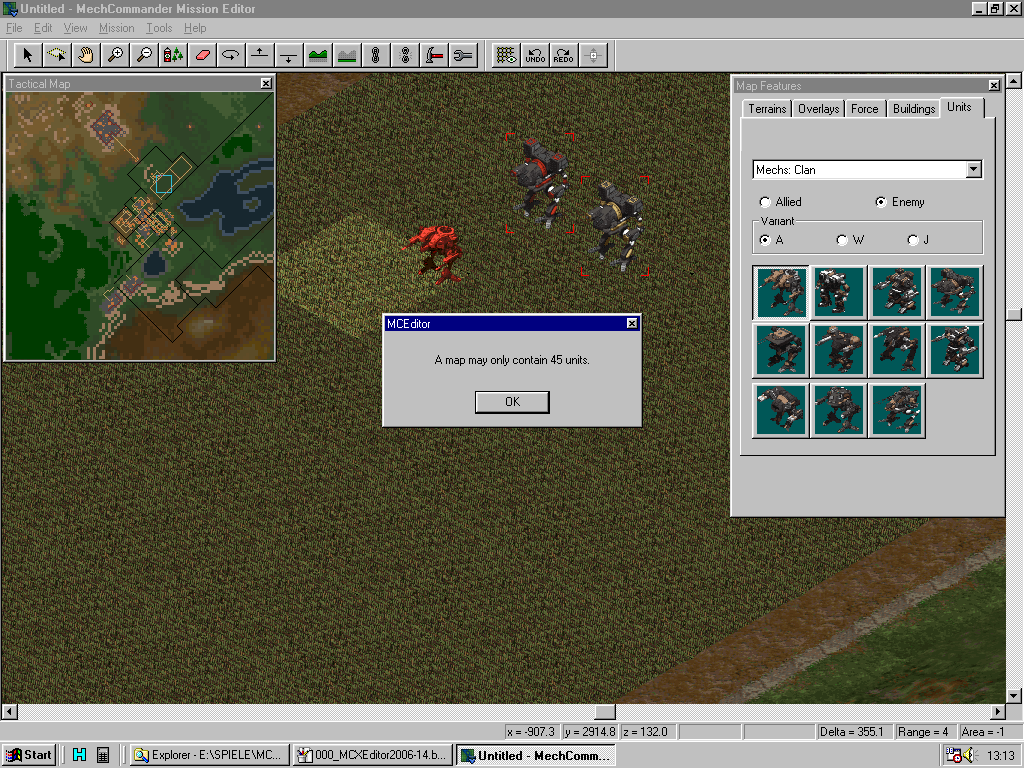 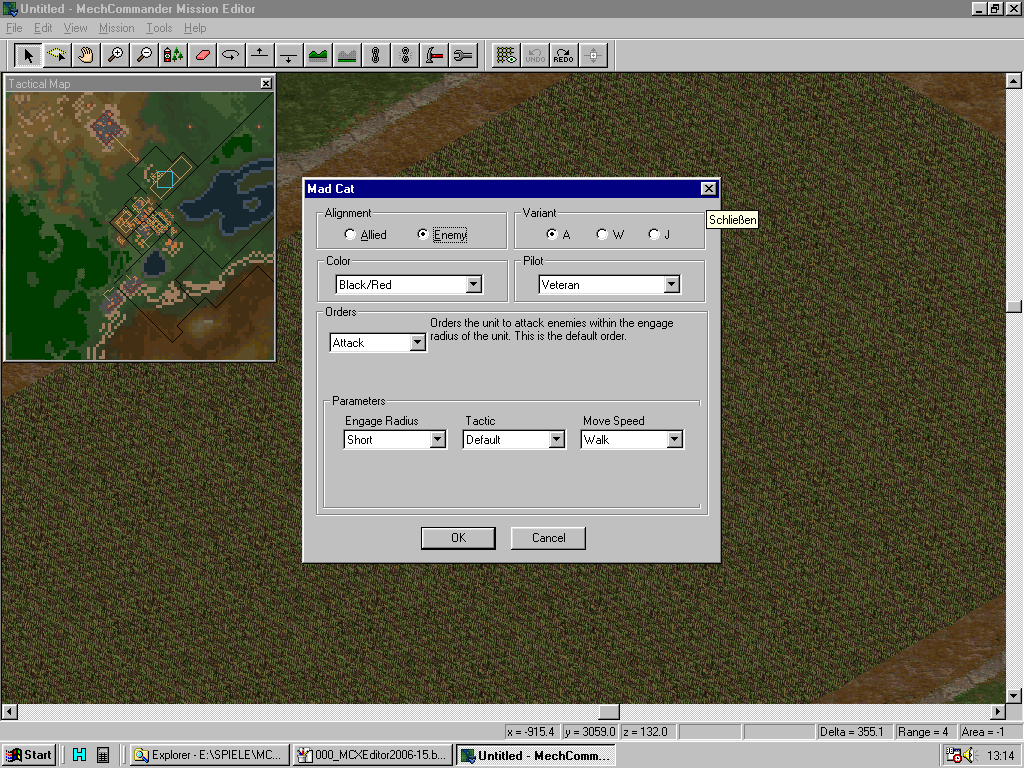 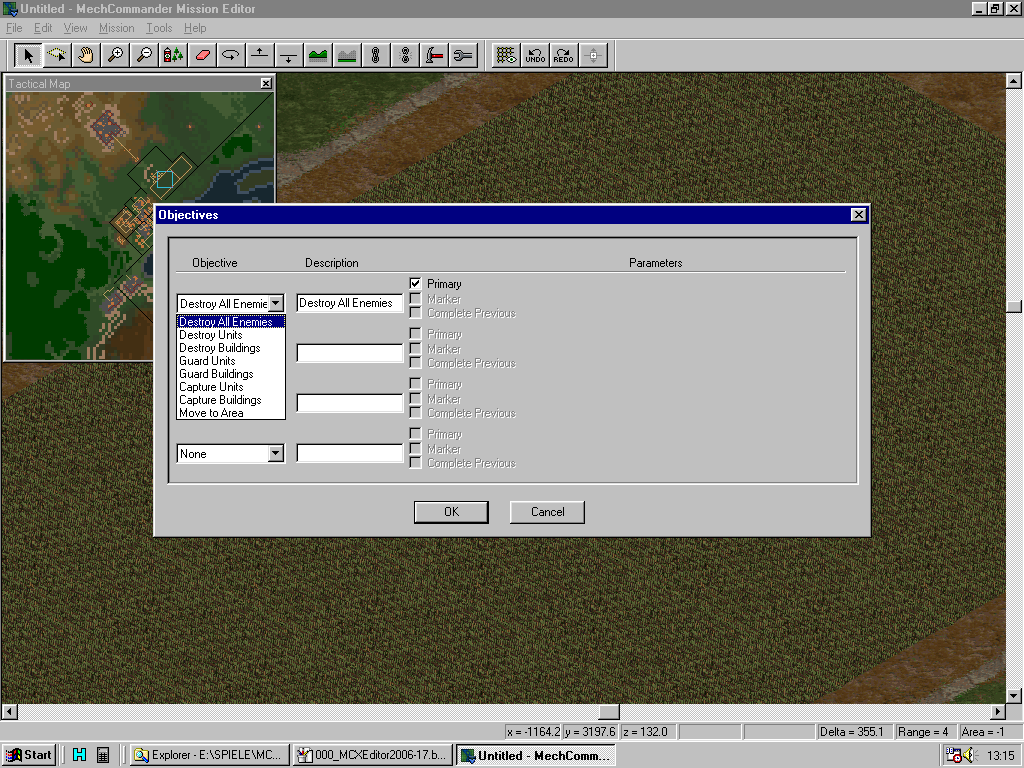 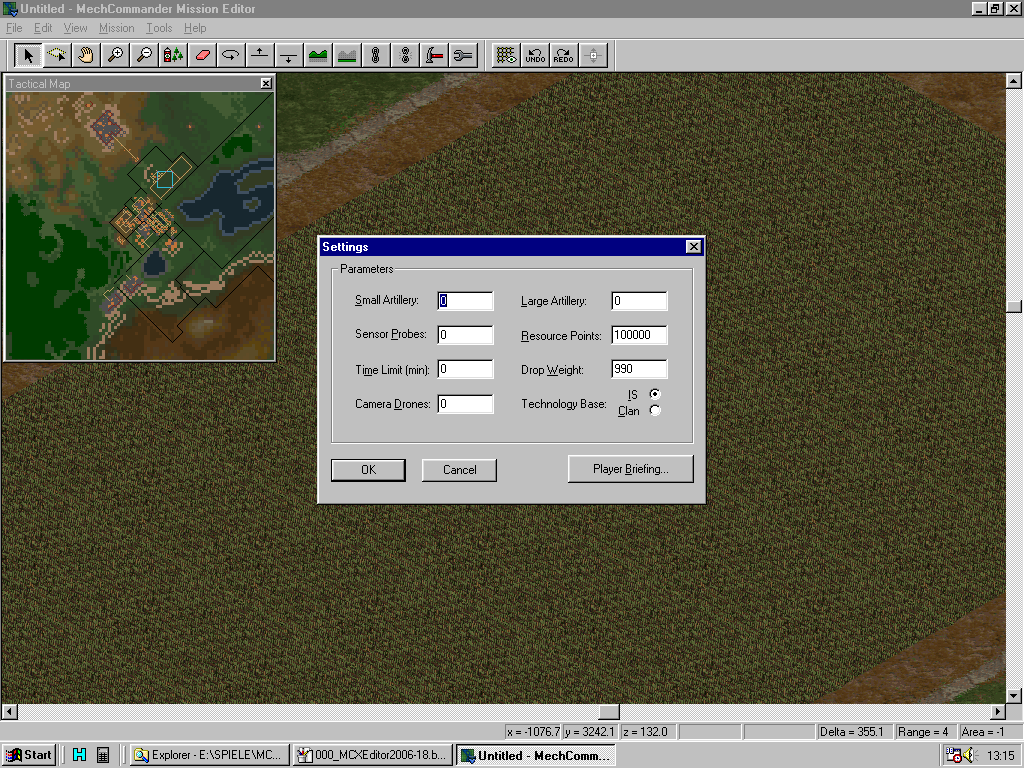 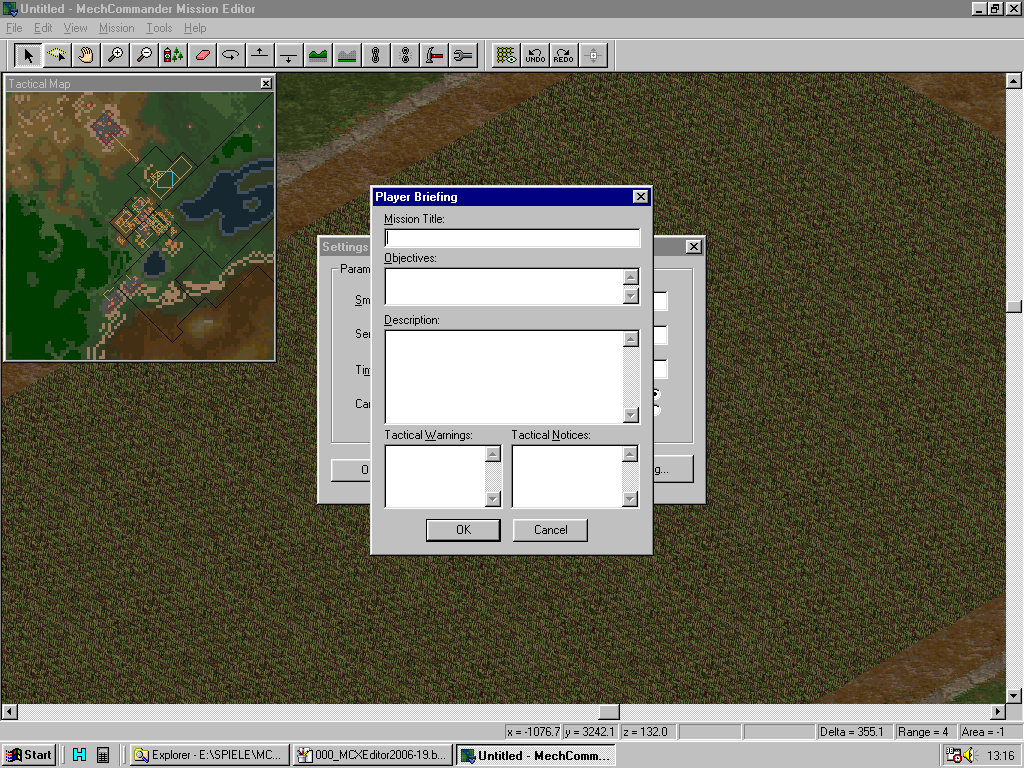 How to release the end product?

Well when you applied all things above, you have created a Mission.DPK file. This file atleast only can be used by the game when it is converted to Mission.FST file. Those files are basically the same. The difference is, that the *.FST file only includes compressed files. The *.dpk version includes ONE MORE not compressed file. It is the specific *.sol/*.mpk file that is been used by the solomissions and multiplayer game mode when missions are executed. FST files never have that file included. It must be seperately put into your "SAVEGAME" folders to make it work with any MechCommander built.

In order to create YOUR FST out of the *.dpk file you just need to use

MCXtractor. This tool converts your *.dpk file into *.fst and puts the uncompressed *.sol/*.mpk file into your savegame folders. This can although be done with the Tigress tools (extracting dpk files and packing fst files) or cMunsta fst tools. Both can afford converting *.dpk files into *.fst and vice versa.

Once you have created a mission you should have three files now - that's the total mission package:

Needed are only the last two in order to share your mission. Players just need to put the FST file into their Main Game Folders and the specific *.sol or *.mpk file into their DATA\SAVVEGAME\... folders. They should be able to start the game now and finding / playing the missions.

That was just the beginning,

For more you need to start abl-scripting into the plain text of the MechCommander mission files itself. Would you like to know more about *.FST files?