Masterspace v2.2 has been released, introducing a lot of new turrets as well as support for run-time joining and an improved NPC system.

Posted by MasterTechnologies on Sep 7th, 2013

Masterspace v2.2 has been released, introducing a lot of new turrets. Five turret classes have been implemented, adding up to a total of 13 different turrets:

The Standard Turret fires a high speed projectile at a single target and has a good balance between power, range and fire rate. This turret has 5 levels from Mark I to Mark V. 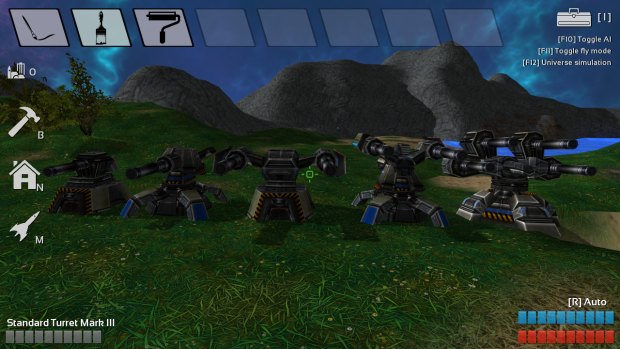 The Sniper Turret has a very long range and a high damage against single targets, although with a very slow fire rate. This turret has 3 levels from Mark I to Mark III. 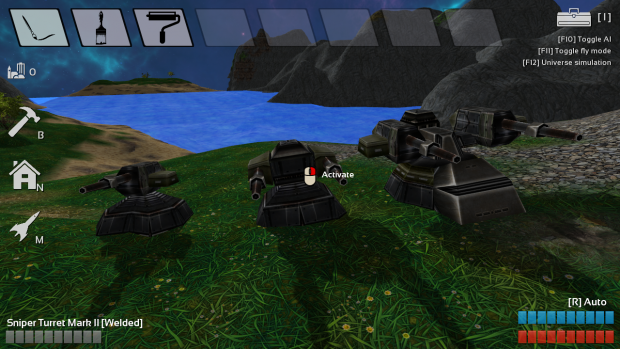 The Plasma Turret fires homing plasma missiles with a relatively high splash damage. This turret has 2 levels from Mark I to Mark II. 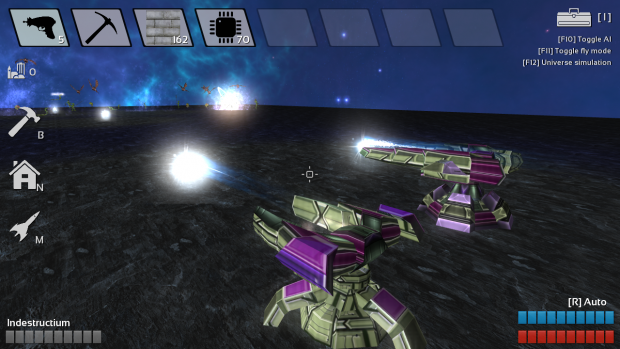 The Laser Turret fires high-energy laser beams on a single target and has a high fire rate and aiming speed. This turret has 2 levels from Mark I to Mark II. 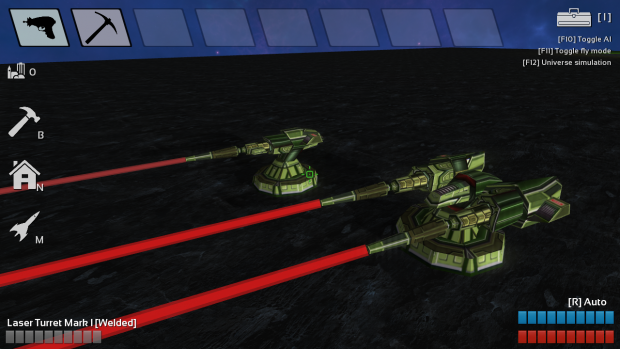 The Artillery Turret fires high-speed projectiles causing massive damage to both the target and the environment. This makes it highly suitable to penetrate armour plating. However, the fire rate and aiming speed is very slow. 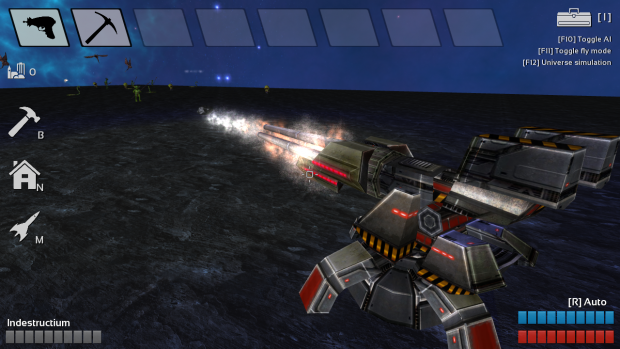 This update adds three tiers of sensors and deflector, which may be mounted on spaceships: 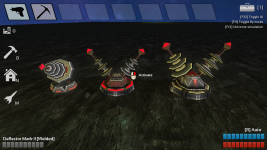 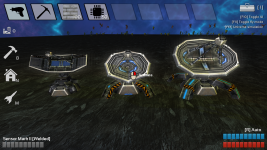 Also added is a new reactor type and the bed has been updated with an improved 3D model: 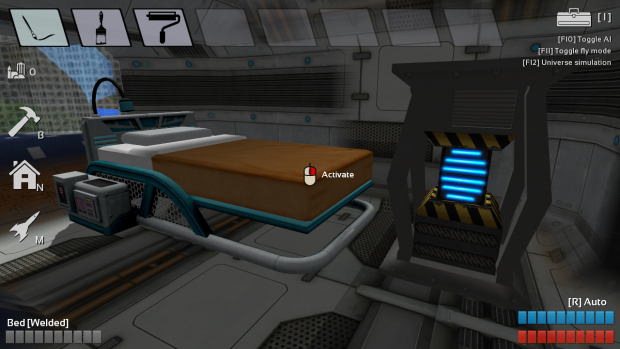 The behaviour of most NPCs has been improved, e.g. enemies now react on being hit and turrets avoid hitting firendly objects. The mining droid has been changed to a repair droid, which automatically repairs broken objects. Additionally, new animations and sound effects have been added for most NPCs.

A new sample scenario is included in this release, "Siege", which demonstrates scenario scripting capabilities in a simple mini-game similar to a "tower defence". This scenario also demonstrates the functionality of the different turrets, as well as some of the enemies encountered in Masterspace.

Finally, a lot of bug fixes and user interface tweaks have been implemented. For a complete changelog, please see below.