Masterspace v1.9 has been released, introducing an improved user interface, as well as a blueprint saving system. Three new spaceship exclusive items have been added and some objects have been updated with new 3d models. Additionally, HDD caching of voxel and physics data has been implemented and trees are now functional on spherical planets. Finally, a culture system has been added, which is designed to give the player a sense of achievement for constructing buildings.

Posted by MasterTechnologies on Mar 29th, 2013

Masterspace v1.9 has been released, introducing an improved user interface. Both the layout and the color scheme has been changed to maximize usability. Additionally, the main menu has been improved and now includes a real-time planet preview for the game in progress. In-game, smart crosshairs that change according to the selected object have been implemented.

A blueprint saving system is now in place, which allows building and spaceship designs to be saved using a simple in-game interface. Saved blueprints may be used to replicate objects for later use and may easily be shared with other players online. Also, database buildings may be used to populate random planets in scenario generator scripts. 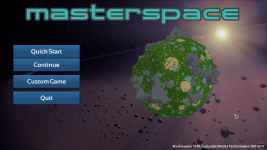 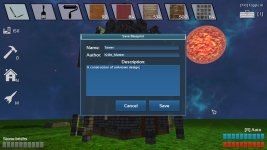 New objects in this version include three spaceship exclusive items: a captains chair, a control panel and a deep space sensor. These objects are used to provide functionality to the spaceship. Also, the photosynthesizer, sawmill, advanced materials maker and mine cart have been updated with higher quality models.

A captains chair is now required on the ship in order to take control of it. Spaceship control is provided by activating the captains chair and the use of TAB in previous versions has been removed. The control panel is used to view the spaceship from a third person perspective and may be used by passengers on the ship, whereas a deep space sensor is required to detect planets from a distance. 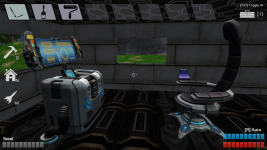 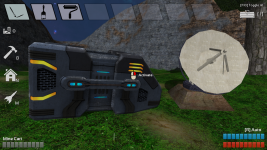 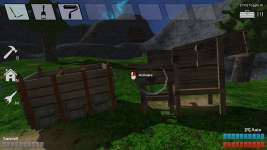 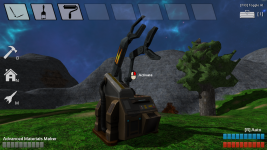 Finally, a culture system has been added, which calculates the aesthetical value of buildings. This encourages the player to build houses in "nice" materials such as bricks and wood boards, instead of unprocessed stone or wood. The total culture value is shown in the top left corner and will serve to give the player a sense of achievement for constructing buildings. The culture value may also be used in scenarios as victory condition, to progressively unlock new objects or to determine the controller of a planet. 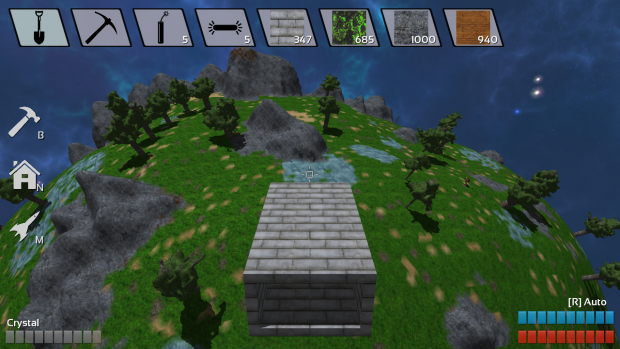 On the technical side, HDD caching of voxel and physics data has been implemented. This allows for larger game worlds on systems with low memory. Also, trees have been reimplemented as individual voxel volumes, which now allows for trees on spherical planets. As usual, some bugs and crashes have also been fixed. For a complete changelog, please see below.

Big one! Loving it!