We're celebrating the Autumn Sale and the coming close of the year with a series of big updates! With Update #240, we're rolling out the major milestone "CARTOGRAPHER" which debuts the highly anticipated map generator version 2.0.

Major Milestone CARTOGRAPHER adds map seeds v2 to the map generator as a new option. These new maps feature better balance, more variety and up to 60 max quadrants. Within the quadrants themselves, we've improved the variety of the maps to include both quadrants that are much larger and harder to traverse as well as those that are even denser. The changes are a roll-up of all the feedback we've gathered from 3 years and hundreds of thousands of maps generated with v1. It is hard to summarize them all, except to say that map v2 are going to create more exciting, more varied and (if you configure it) larger galaxies.

It is critical to say up front that you can keep playing all of your captains who are on v1 maps. You can also keep starting new games on v1 maps you love. If you create new maps in v2, they will come with all the improvements but ALL of our updates are always fully backwards compatible so there is no concern of invalidated saved games or any of those amateur-hour shenanigans.

Before we tell you more: Steam Noms & Wish Knights

It is also that special season of the year when Steam asks us all to nominate amazing games that we love. This year, we're going up for Labor of Love and hope you'll join in by nominating us!

And if word hasn't trickled down from the tippity top of the New Boston spires, leaked below the streets and drip-drip-dripped into your safehouse, we're here to tell you about our upcoming turn-based cyberpunk heist RPG. Cyber Knights: Flashpoint will be coming to Steam in 2021 and mixes stealth, hacking and tactical combat with deep RPG elements and a unique heist system for missions. The wishlist button is calling your name, Knight. If you didn't know, now you know.

Just make sure the "Use Map v2 Generator" checkbox is enabled when create a new map to use all the new map proc gen rules and content. You can still create v1 maps by unchecking the box.

Joining map seeds v2 in Update #240 is the all new map preview feature set. When you are browsing maps you can now see a quick summary of the details for that map, including the counts of how many quadrants each faction owns as well as the total zone count for each faction.

If you need to know more, you can pop open the map preview from within the map list and take a spin around the map without needing to start a new game. This map preview includes everything you need to know, showing all the gates, quadrants, systems and their zones as well as all the stats. You can filter and sort the data just as you would in the game. Finally, this display also highlights the starting quadrant for each faction so you can look and see exactly where you'd get going (and what Danger you'd find) if you started as Javat versus Thulun.

For map grinders, this is really exciting. If you're looking for a certain structure, something new and original, or a map that is tilted toward a certain faction you can now grind and examine maps far more quickly and enjoyably. 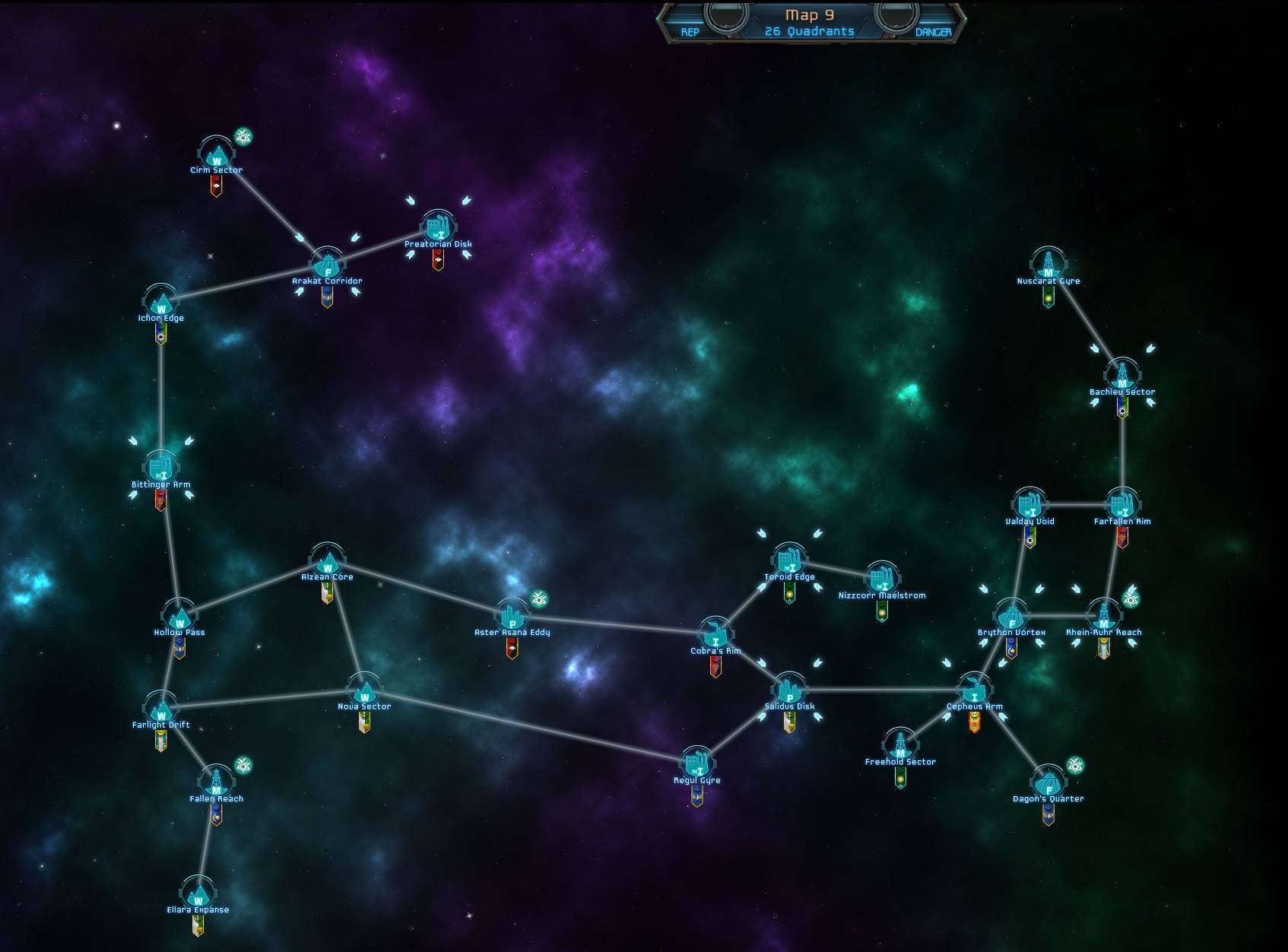 Please share the coolest seeds you find on the Map V2 Seed Exchange thread and post your seeds that could be candidates for the v2 default map to the Default Map V2 thread.

- Map Seed v2 creates all new, improved, larger maps
- Create endless new map variety, improved balance and proc gen rules, up to 60 quads
- Improved variety of quadrant maps including very large and dense maps
- Keep playing v1 seeds and captains as much as you like
- New map preview features allows you to examine a map before playing it
- Map preview includes starting quadrants, ability to look at all zone data
- New map details shown when selecting a map including faction quadrants and zones
- When drawing a "Strike a Blow" card from Spying, added Electronics save to be extra sneaky and avoid Rep loss
- Fixed reward and availability of Major Score orbital ops card

By the way, if you're wondering if Star Traders: Frontiers is your kind of sci-fi, we put together a thread on twitter about some of the elements we tried to include from our most popular inspirations: Twitter.com