But here we are, 5 days later - I’m still alive, the campaign has been very successful, and we’re in the top 50 on Greenlight (out of around 2000 projects). I can’t thank everyone enough for their support. It’s been great!

So what kind of game is Luisa: The Sorceress Awakens anyway?

We've all played the indie platformers. We've seen all the hooks and gimmicks. But we weren't interested in any gimmicks and couldn't think of any hooks. So we're just making the best exploration platformer we can in the 16-bit style - mechanically, musically, artistically, narratively - without any winks or nods to the year on the calendar. 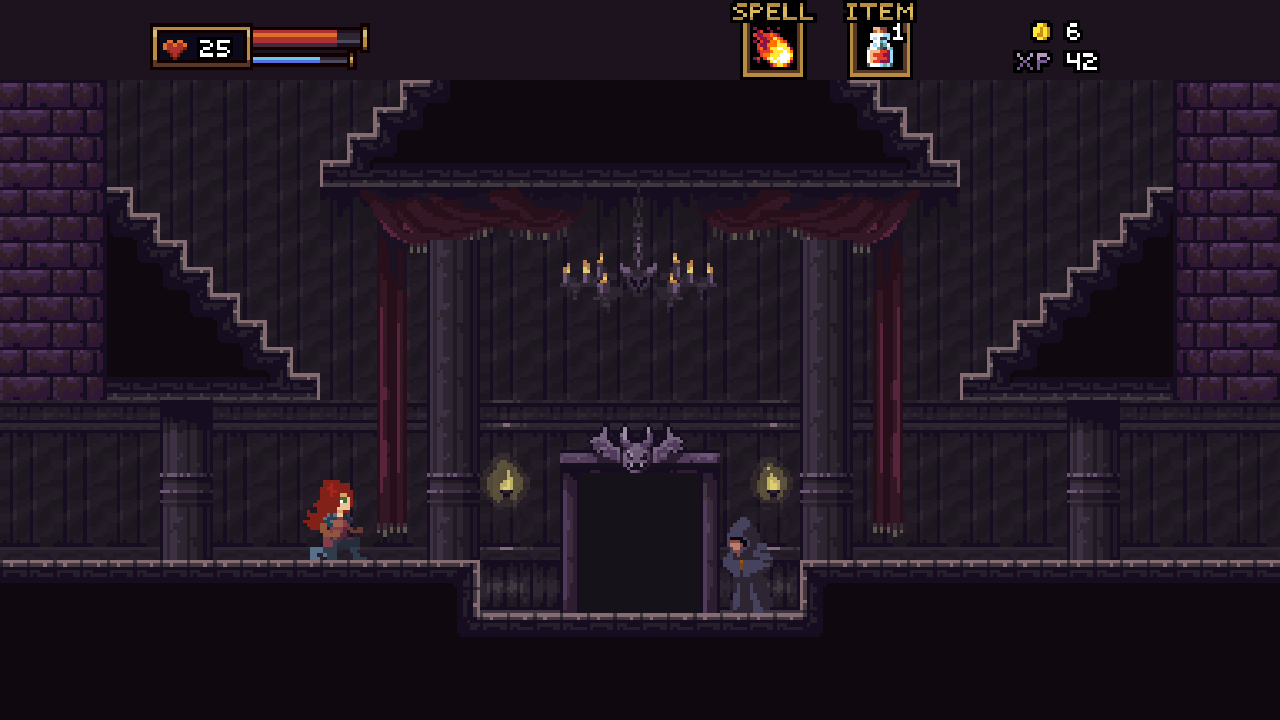 The story of Luisa plays out in Metroidvania stlye across a demon-haunted island. The intrepid mercenary jumps, dodges, and battles her way to fulfilling her contract and uncovering the mysteries of the past. Using a variety of weapons and spells, she thrashes foes and solves environmental puzzles. There are four stats to increase as Luisa gains experience, allowing for different playstyles.

The game is fairly open and the story presents the player with general shopping list of major goals, which can be reached in any order during that phase of the game. Luisa must find and explore the regions herself. There are a number of boss monsters to defeat, such as this one: 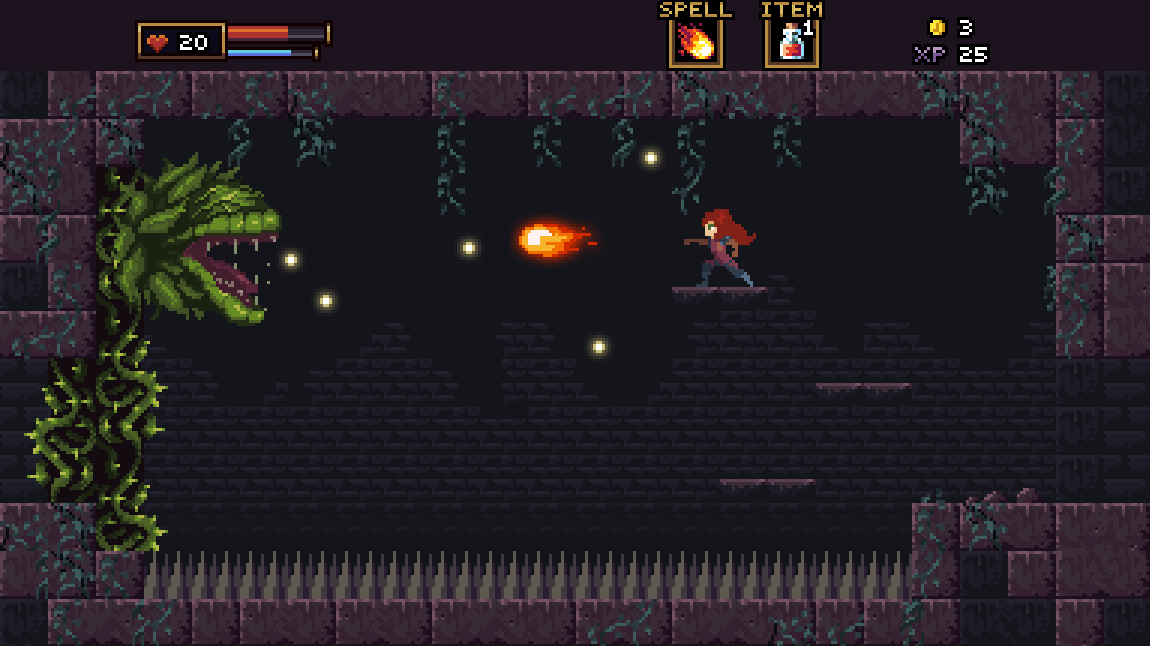 The soundtrack and graphics are steeped in the 16 bit aesthetic, but not slavishly so. The game runs smoothly at 60 FPS. The score is a modern take on chiptune. The story is heavy in the beginning, midpoint, and end. In the meantime NPCs and the environment will have a lot to say if the player is interested in hearing more.

Now let's take a look at a couple of the environments we've been working on recently: 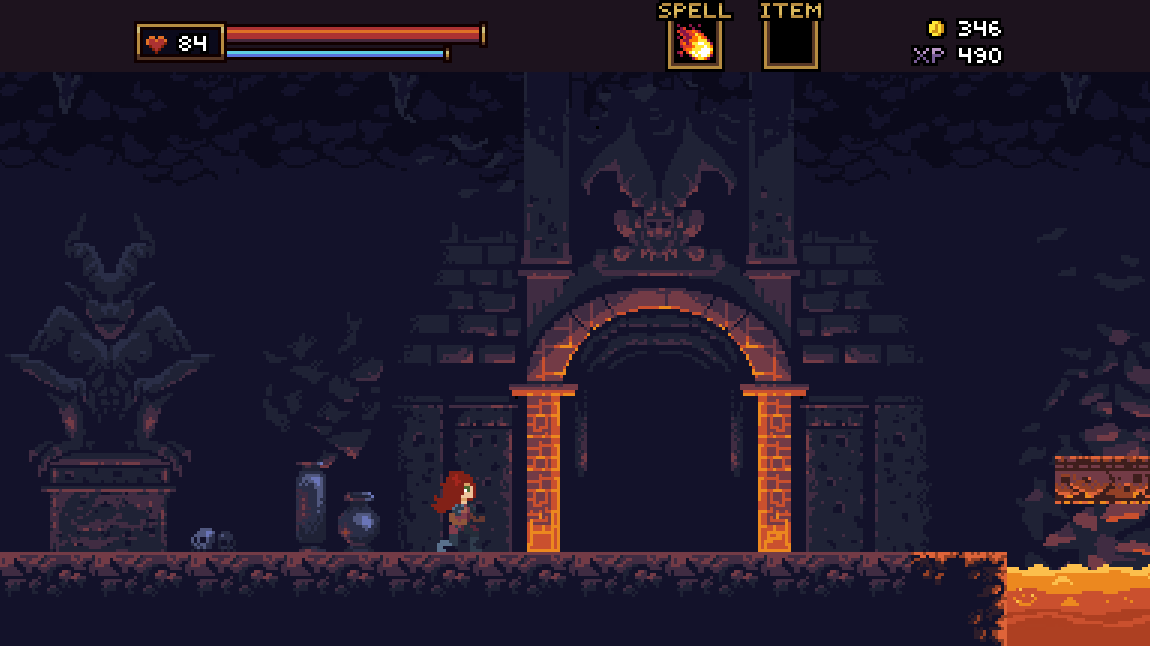 Deep underground is a labyrinth of lava-flooded, demon-infested halls. Definitely one of the more dangerous environments in the game. 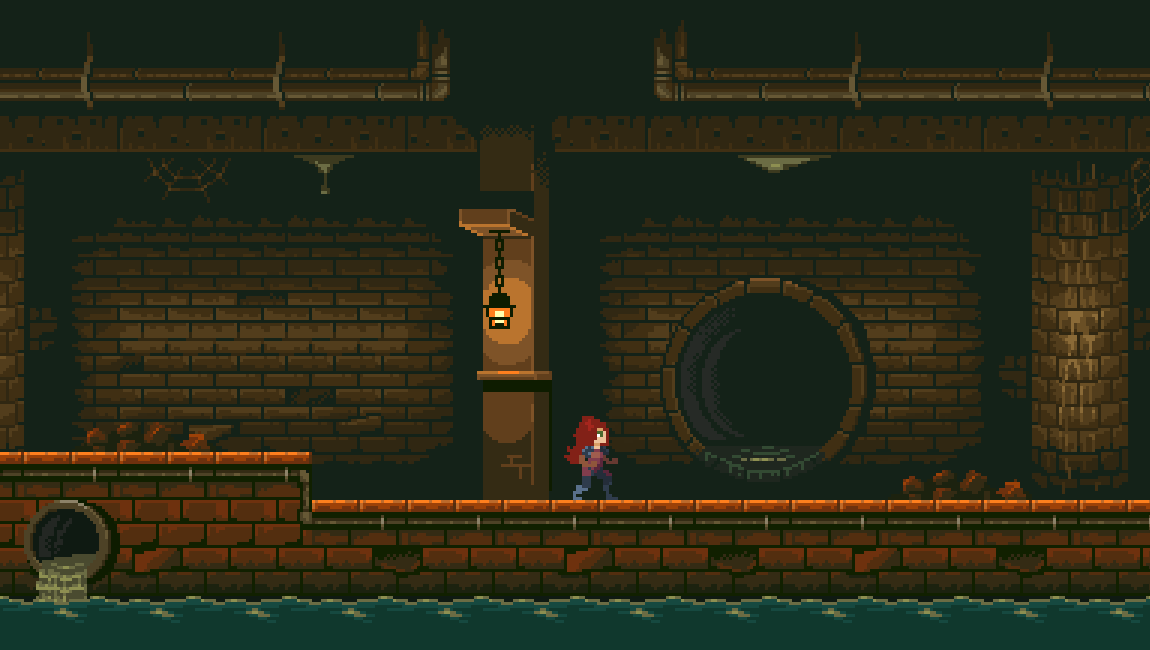 A hidden passage near the Sorceress' estate will take you into the sewer. There are some valuable treasures to be found in this grimy passage - but be prepared to do some swimming. (and watch out for venomous creatures!)

We've also made some changes to the inventory and map menus. 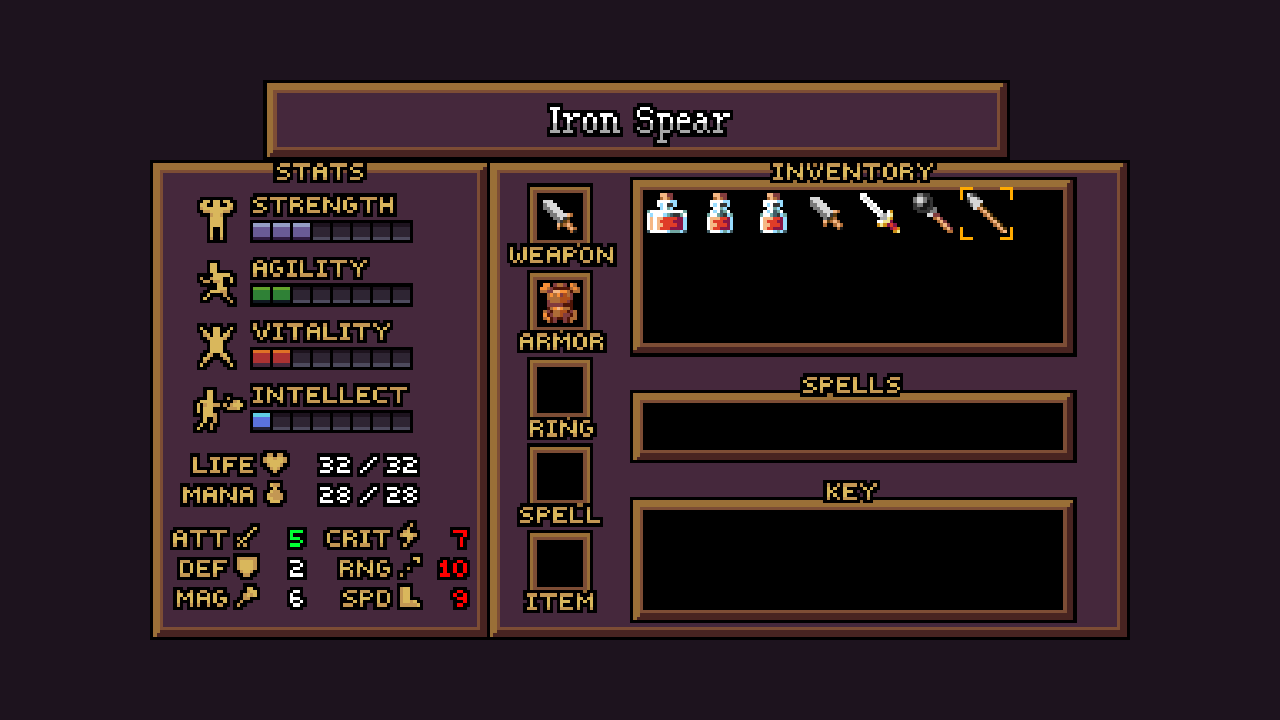 The stat menu received the most changes - with a new font and some extra iconography. Note that there is going to be another significant update to the inventory in the near future. I plan to make better use of screen space. Things will be a little more spread out and less cluttered. (hopefully!) 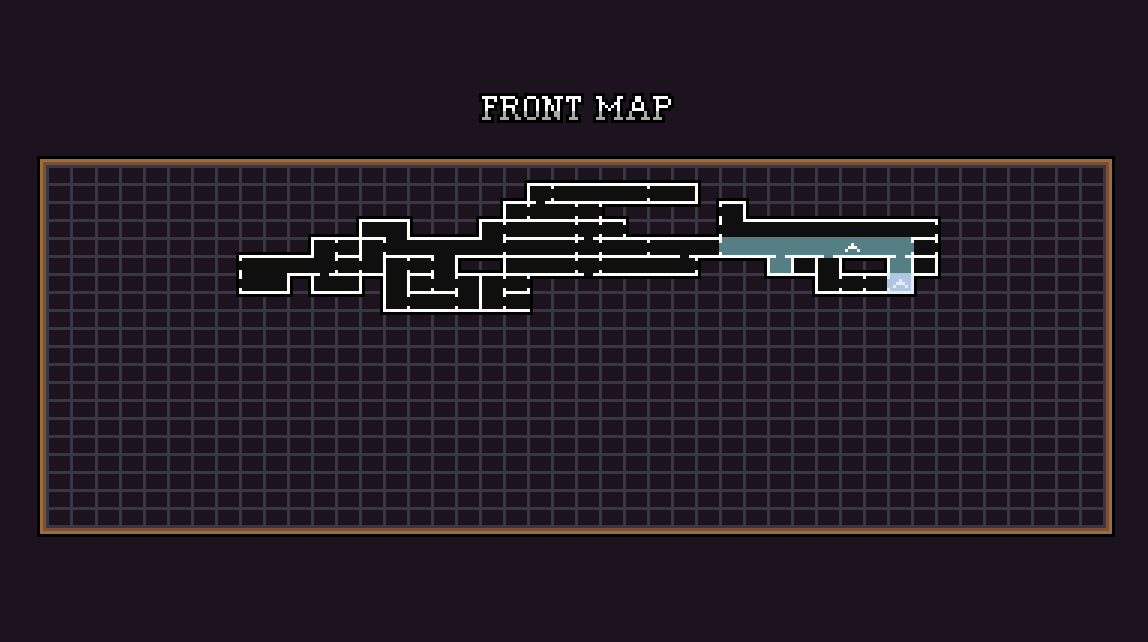 The map was given a new, darker background, with visible borders and grid. Overall, I'm pretty happy with it, though I'm considering having the map overlay directly over the gameplay when accessed (instead of being a separate "screen").

That’s all for now. If you're interested in the project, please head over to the Steam community site and vote for us on Greenlight. Thank you so much for your time and support!