Post news RSS Live a life worthy of the Unworthy

Read the prophecy about your destiny and discover who will stand by your side, when the time for battle comes.

A wise ruler sees his folk like his own children. Children unable to live without his fatherly guidance, following him beyond death.

Deep in the caves under the city live the Unworthy. They spend their whole lives worshipping the cult of the Elf, the Noble Beast Lahmu and the First High Priest.

No light reaches the underground so only the prayers determine morning and night. Prophecy foretold that one day, the Elf will descend to the underground and, with the Unworthy by his side, lead a victorious war against the demon.

Not too many of them realise what the word „war“ really means. 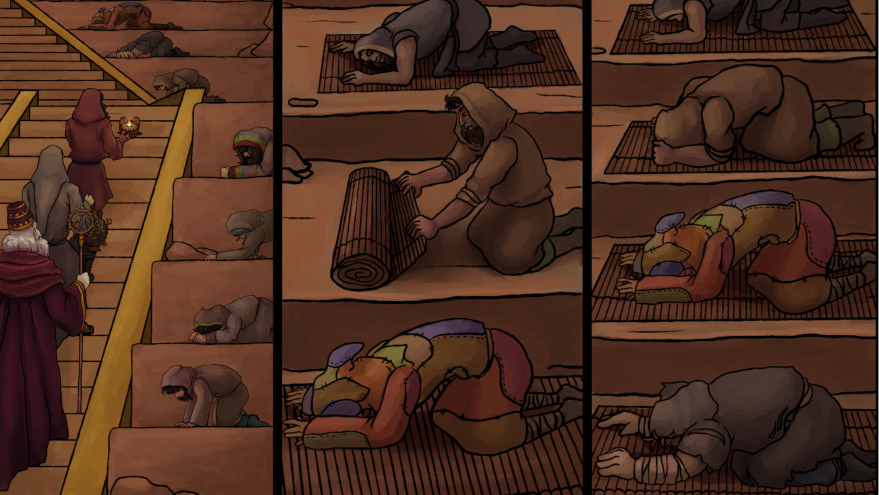