I've only been showing off the Ember Forest level so far, so here's a sneak peek at a new level. In addition to that, I explain the kind of level structure Nax of the Universe will have.

So I've been going back and forth on what kind of game structure I wanted for Nax. There were lost of different options, completely linear, linear + optional missions, level select, etc.
But ultimately, I decided I would base the game structure off of one of my favorite games this generation(last generation?) Demons Souls.

Nax would have a hubworld, from which he will have NPCs and sorts to interact with, buy attacks, items, upgrades, magic etc. And from there, he can enter one of the multiple stages avalaible.

Each level will be in a specific area of the world, and will have a boss monster at the end.
If you complete the level, another part of the level will open up, allowing you to deeper into that area. At the end of which, another boss lies.

Example- the Ember Forest stage I've been showing will have 5 levels in it.

There will be multiple areas with a wide variety of environments. I have yet to decide on the number, as I haven't nailed down how big I want the game to be, nor have I decided the price, but 10-15 USD sounds like the right price range.

Here's an early screenshot of a new environment, the Research Facility.
Media.indiedb.com 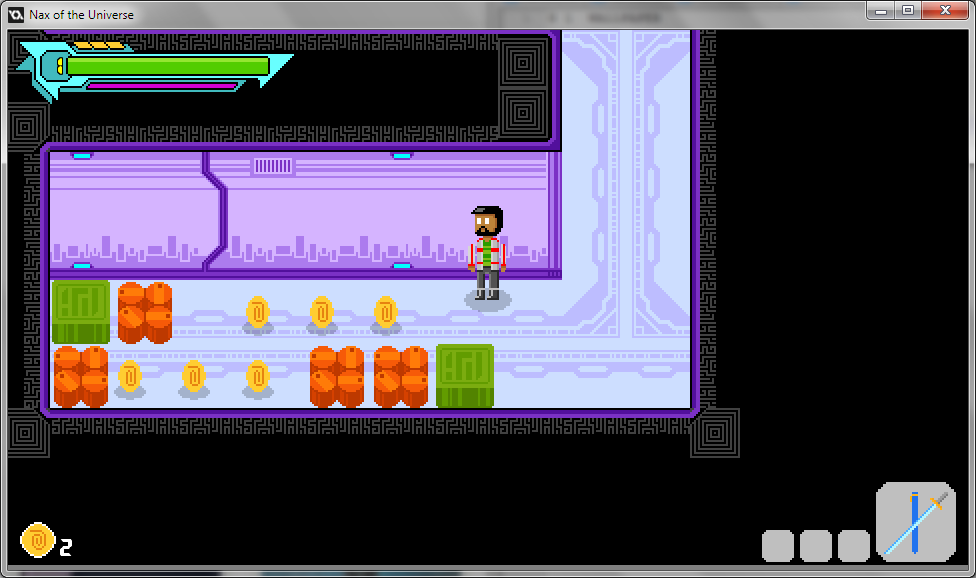 I want to get my KickStarter launched soon, but before that I need to get a new Demo of the game out. It would contain a full level (including the boss). Their should be a handful of different monster types in the new demo and will be more feature complete than the current alpha.

I'm aiming to get it finished by next week and it would essentially be a vertical slice of the game, which would show potential backers what to expect from the finished product.