After a lot of time, I'm finally ready to announce that yes, I am still working on SE:SS.

The game has gone through a lot of changes, including what amounts to a complete rewrite. What I have now is a (I think) very fun playable prototype that is in dire need of nicer graphics and sound. These graphics and sound are what I'm working on now. 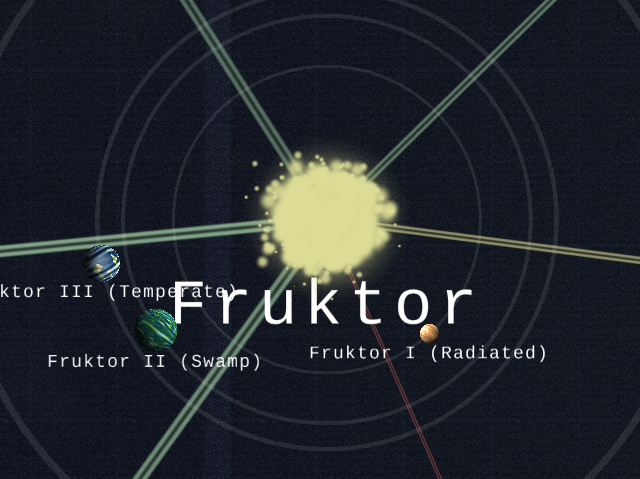 Compared to the old version, the major changes are a bigger focus on the crew and a commitment to making the game about interesting decisions instead of rote memorization. Encounters give you lots of choices, the chances of success are clearly indicated, and all choices can be valid ones under some circumstances. Encounter a human prospecting ship? You can hire a prospector, or trade them some fuel that they desperately need, or hack into their systems and download coordinates for mineral deposits, or threaten them into making a "voluntary donation" to your mission.

One thing to note: the combat mode is gone. While it was pretty, and fun to work on, it never quite delivered the interesting tactical decisions I wanted. As a whole game within the game, it also sucked up valuable time and attention from everything else.

It will come to no surprise that I am totally and utterly unwilling to commit to a release date. Right now, I'm working on a pretty star map. After that, I need to make another half a dozen screens, all of which need to be well-designed to be clear and nice to use. Then there's all those things like crew portraits, a built-in guide and help system, a tutorial. Finally, while there's already a lot more encounters in this version than were in the last one, that number still needs to at least double for the full game.

That's all for now. Send sanity points as I fiddle with UI design.