Since August the UI team, lead by Aric, have been working on on the first true gameplay interface for Excalibur. More recently, John Hardy has been working on drawing together a years worth of new functionality and improvements into what will become Excalibur's Quick Battle interface.

What is QBUI and how will it be used in the game?

QBUI is short for QuickBattle User Interface which is the internal codename for quick battle mode. What you can see here is the main interface for users wanting to set up scenarios and locations. QBUI features a level of detail never before seen in a Star Trek game (check STO); quite literally you won't have played with anything like this before. 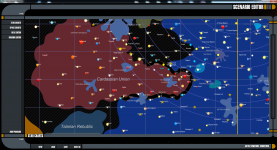 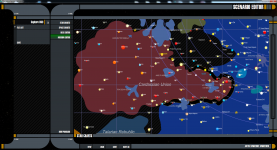 Not only will you see star charts, be able to browse the galaxy, and zoom into solar systems as easily as you zoom into a google map, you will also be able to interactively edit the universe as you go. If you want to re-create the battle of Wolf 359 then you can drag and drop all the relevant ships onto the map exactly where you want them. Then if you need to edit their particular properties, no problem, just open them up in the HPE and you are good to go!

Why is it important to the project?

This really is the first "gameplay" interface we have been able to work on. Quick Battle functionality is what keeps many people playing space games for years and by going one further we hope to get more people involved in generating content that the whole community can enjoy. It is also the foundation from which the team can put the finishing touches on many of the things we have been working on. 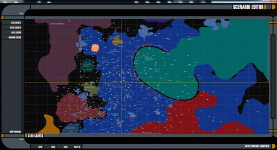 It will be a set of clear goalposts (well, at least a set of goalposts whos movement we can predict!) --- and this lets us begin the process of balancing and developing the immersion and beauty we are striving for.

What are your favorite features?

As a player, the live editing of the solar system is great fun to play around with. It also acts as a strategic overview of the whole galaxy too - which is pretty nice when you are in game. But I think my favorite feature has to be the star charts mode since it really gives the game a sense of scale, and cements its roots firmly in the Star Trek universe. 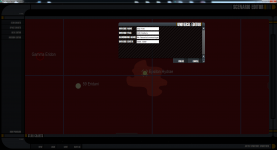 As a programmer, it has to be the integration. For the first time, we have an in-game interface which ties together all the components used in the game object model. The fantastic thing about this is that it is fully modular. If you want to write a plugin for a procedural trade route, you write the script which defines that type of object and the QBUI will automatically detect it and go!

What have the biggest challenges been?

The biggest challenge building the QBUI has been managing the sheer scale of the thing. Normally, you would have say, 100 playable systems in a game, but for Excalibur this is not the case - that does mean we had to develop the functionality to do partial-pre-loads of star system data amongst other complex mechanisms.
I would also say that building the first real game interface has been demanding. Aric, JD and Tony have done a fantastic job on the UI elements which have really made this whole endeavour possible and from here we will start to add panels that unlock more and more of our gameplay.

What's next for Excalibur? 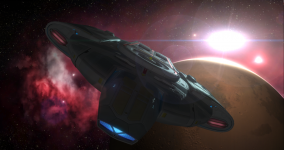 In terms of updates, you can expect to see star chars, solar system editing, saving and loading universes, ship animations, HPE integration, weapons, particles and hopefully some AI and damage within the first few months of 2013.


How would you characterise the changes we are going to see this year?

There has been a shift in development from engine and tool work into gameplay. This is very exciting for us for a number of reasons. Firstly it means we start to actually get a game we can play with. Secondly it means we can start paralleling parts of development which were previously serialised. We will be testing the GOM and modularity of Excalibur to its limits, and also be starting to put together a system for managing the mods.


When will we see a release of Excalibur?

Quick Battle will be the first opportunity for fans to get their hands on the game and we are aiming to make that happen in 2013, so keep you eyes peeled for more news and videos in the new year.

A massive thank you to everyone who voted for us in the IndieDB IOTY awards!

question, what is the max amount of ships in quick battle mode likely to be?
stations as well?

at the moment thats unknown but assume a large number

I wish I had a million dollars to give you guys!

Looking forward to it! You guys are making an amazing game.

Waiting fot this just makes me crazy. It's so awsome!

These news are just amazing.

Great news and Incredible work you have done!

Can't wait for this.