A short introduction of how the game is played with a preview of the poster.

MinerMite Dungeons is set to be a prequel of the current MinerMite game (now playable on Facebook). This is a student project in collaboration with a Singapore game studio called Ixora Studios, who kindly sponsored my team and I all the graphic assets that you have seen.

Therefore, given the short span of six weeks, our team has managed to conjure up a decent playable game called the MinerMite Dungeons! Unlike the original, MinerMite Dungeons is not a puzzle-solving game. In fact, it is more like an arcade Action-Shooter game when the game play consists of simple three steps as shown below! 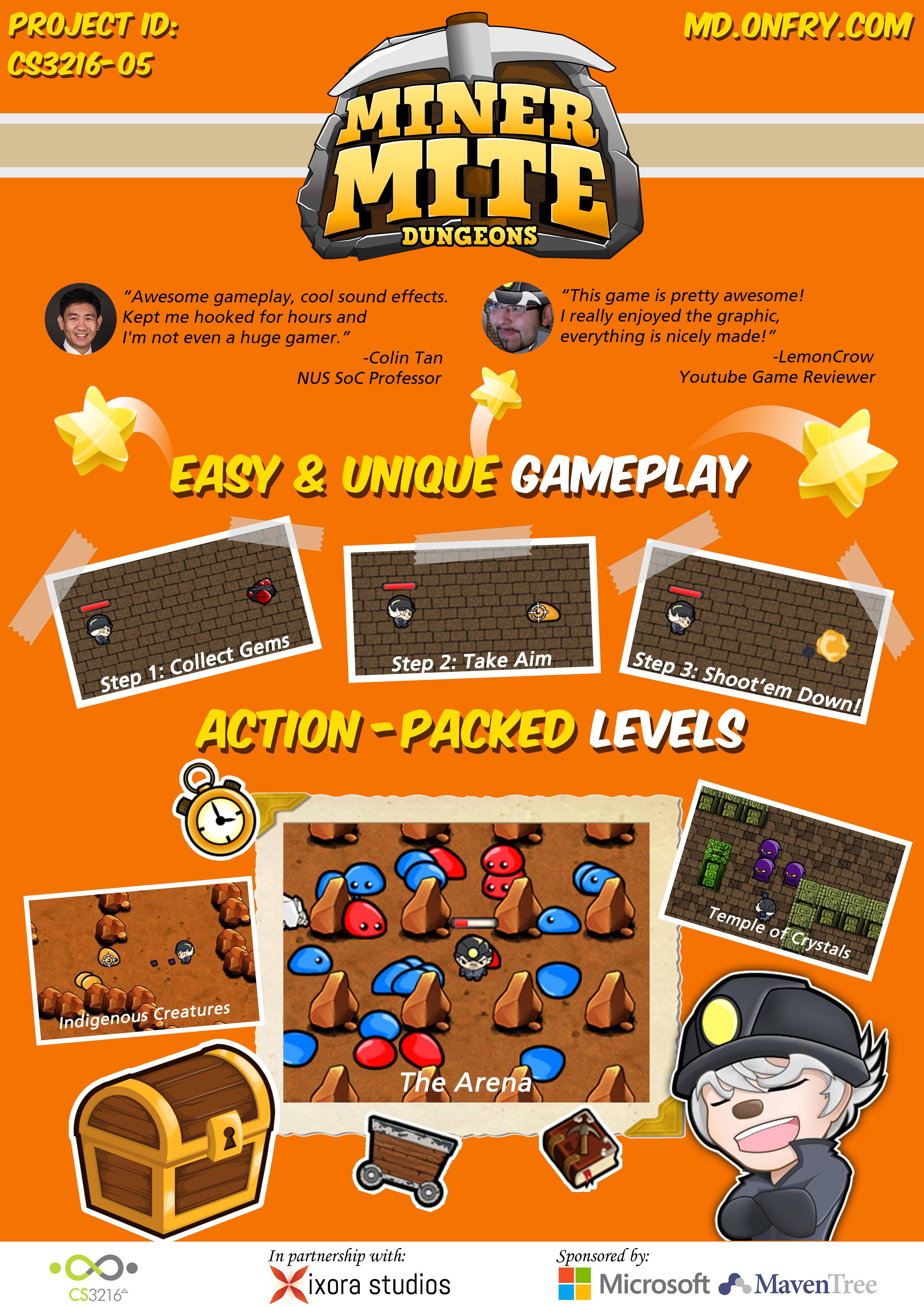 As you can see from the poster, we are presenting the idea as our final project! And through this arcade game, we have created three whole new exciting levels with different strong monsters! On top of that, a high-score board is now up and running! The ranking prioritizes difficulty levels over the speed of clearing the stages! Therefore, try out the harder levels if you can! :D

Stay tune for more news from MD! Till then, happy minermiting! :)