We at Afterthought Studios are proud to present A More Beautiful World, our upcoming Visual Novel. We have just released the Demo! Join Violetta, the Wandering Witch, on a journey through unfamiliar lands where she encounters new people! 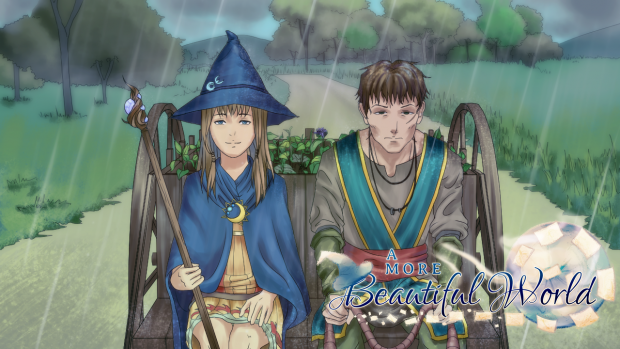 We at Afterthought Studios are proud to present A More Beautiful World, our upcoming Visual Novel. We have just released the Demo and are now on Kickstarter. Please lend us your support if our project interests you. 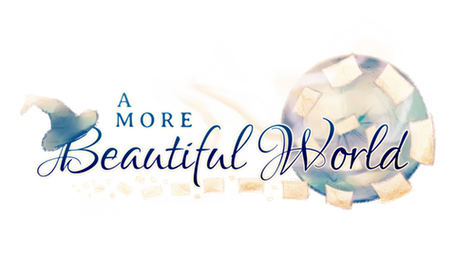 In a medieval world where magic is a forgotten power, how would a young witch wandering through the lands interact with people from all walks of life?

A More Beautiful World is a kinetic visual novel set in a medieval world where magic is a forgotten power. A young witch wanders through the world of ordinary humans and interacts with people from all walks of life.

A More Beautiful World was inspired by such novels as Spice and Wolf as well as Maoyuu Maou Yuusha. These are stories where much emphasis is placed on relationships, money and politics. A More Beautiful World is no different--we will immerse the reader in a medieval fantasy world with many things you will be able to relate to as you join our young witch in her vagrant journey. For history buffs, readers will also see several real world events reflected in the story, from China, Europe, and the Americas.

Not a fan of history? No worries - You will still find many literary references in this story of ours. Will you not join Violetta in her journey?

You can play our finished demo if you are curious about the visual novel! You can find it here on IndieDB. This demo spans 60% of the actual length of Act I. There are four Acts in total. Act II is similar to Act I in length while Act III and IV, combined, are three times longer than the total length of Act I and II. The estimated length of the demo is 60-80 minutes.

A More Beautiful World is a dialogue only visual novel that brings you on a journey along with our protagonist, Violetta, a self-proclaimed witch who is wise.

In Act I, Violetta meets the Merchant and in Act II, III and IV, Violetta will meet many other interesting characters while saying farewell to her previous companions.

We will are now on the Steam Greenlight platform! Every vote will count, so if you are interested, please do vote for us! You can check out the page here. 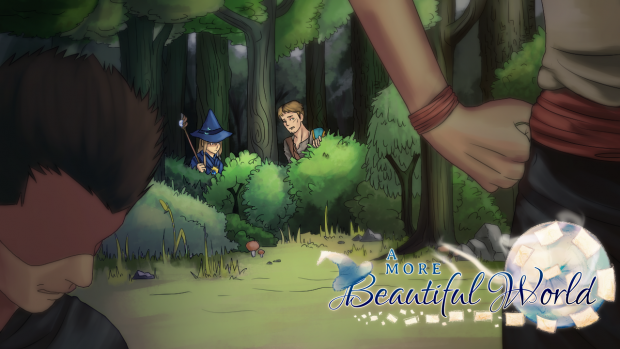 Afterthought Studios’ aim is to create stories that will touch the hearts of our readers and let them take away a lesson or two, or better yet, apply it to their daily lives. Afterthought Studios is made up of a group of visual novel enthusiasts from around the world who came together in hopes of creating a story worth being retold and re-read.

The team at Afterthought Studios is comprised of experienced creators.

Our author, Darren Kwok, is based in Singapore. He has assisted in the marketing and greenlighting for several visual novels and games.

On our music team, we have Steven Melin, a video game, film, and television music composer based in Atlanta, GA. He is the Assistant Composer for Penka Kouneva (Gears of War 3, Prince of Persia: The Forgotten Sands) and has previously assisted industry veterans Garry Schyman (Shadow of Mordor, Bioshock series) and Joel Goodman (Being Elmo, The American Experience).

‘harmonicblend’ is a music circle founded by Trass. They have worked on several indie games and other projects, including some personal projects. They are currently most known for their works featured in the indie horror game Dreaming Mary soundtrack, as well as Sol=Akata, the album which they prepared for Comiket and was sold out in just two hours - More recently, COSMOCRYSTAL, another one of their productions sold out at M3-Fall in Japan.

As for our art, we are working with the talented Yuuki, who will be responsible for all the sprites and CGs in A More Beautiful World. Sillyselly will be creating our background art. ameliori and artsvan, from Fervent are the folks behind the successful visual novels Who Is Mike and CUPID are also assisting in the artistic process.

Our programmer, MysteryCorgi, has several visual novels under her belt, including Culina: The Spirit of Cooking and Hands in the Kitchen. She also did work for That Cheap and Sacred Thing as well as logos and GUIs for various indie projects. Special thanks is also accorded to Krystian Alabrudzinski, our partner.

The logo for A More Beautiful World was made by Luna Li and the GUI designed by Camille Arana.

Additionally, A More Beautiful World will be fully voiced in English.

Sound Cadence Studios is a freelance indie Casting & Production Studio, founded by Amber Lee Connors, professional voice actress, director and writer and it is also partnered with Team Four Star, who supplies some of the in-house talent.

They have an extensive portfolio which includes Dead Island: Epidemic as well as Dread Out. 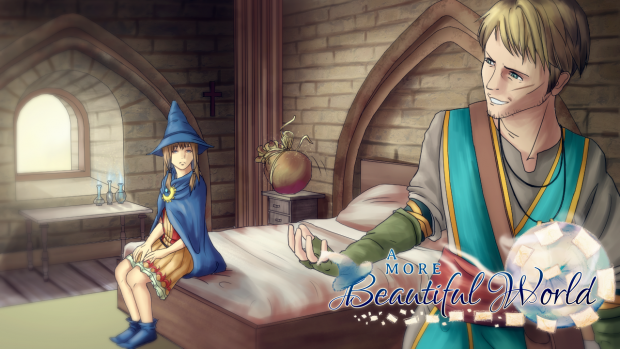 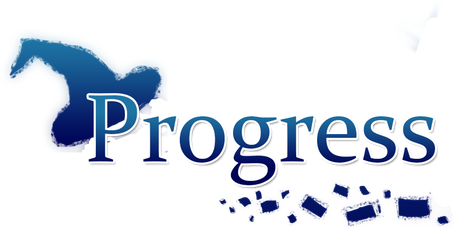 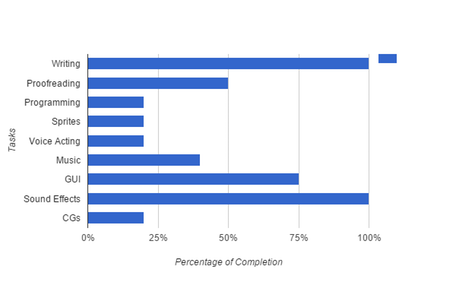 We require the extra funding to bring our game to its maximum potential and to complete the remainder of the game. Some changes include an art upgrade. You'll see us on Kickstarter in a couple of days!

If you are interested in our project or want to learn more about us, please feel free to visit us on our various social media outlets, also if you have any questions, do ask us!

Finally a little poetry in this gray and dull world! Good luck for the Steam Greenlight. All my wishes of success for the Kickstarter !