From March 5-8, pay what you want for 'Bridge It', with beat-the-average bonuses. 10% of all sales will go to 'Equality Now' charity.

Featured Charity: Equality Now
10% of all sales generated by this deal will go to Equality Now.

Think you have what it takes to be a master builder? Think again! Bridge it will test your mettle in over 30 levels filled with chasms, rivers, trucks, boats, and more!

"Set in the picturesque surroundings of sparse deserts and dense forests it is your task to strategically design and construct an engineering masterpiece. Watch in eager anticipation as unsuspecting motorists, heavy freight trains and tourist riverboats approach. Will your solution stand up to the test or will tons of mangled steel be sent plummeting into the river below? 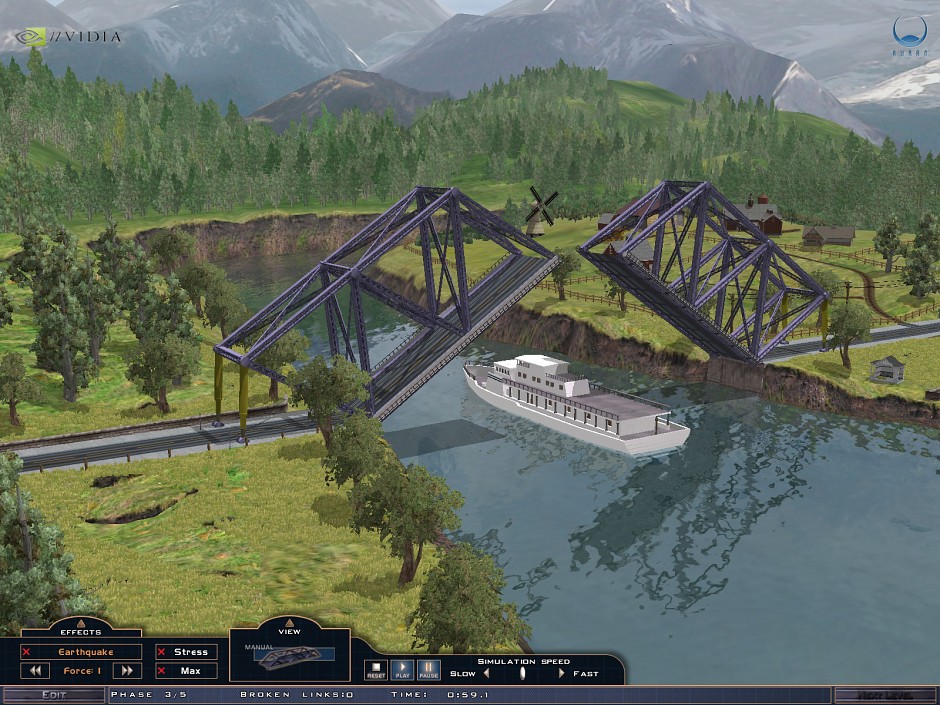 I picked this up in one of the Gamersgate bundles. Strange controls, but it's a fun little game. I enjoyed it enough to buy it again here, for the bonus levels. Fans of physics games, check it out!

Stuck on medium difficulty level 7... watched some passing vids on the internets, but i want to beat it on my own :(

Developer introduced me to their article Chroniclogic.com which helped me overcome my challenges. I am still working my way through the hard levels, but it is quite manageable now.

"Triangles are your friend"