Post news RSS How the Player-Run Economy works in Eco. 75% funded on Kickstarter!

We've announced how our player-run economy functions in Eco. It serves as a quest system unlike any other, where players can buy and sell not just goods but services from other players, even while offline.

Major thanks to all our backers, with your help we've reached 75% of our goal! Hope to have your support in the final stretch to getting funded, sharing the word about the project makes a huge difference. Kickstarter is here: Kickstarter.com

With this post I wanted to give a detailed look at the player-run economy, and some of the really unique things we're doing there. It's going to be unlike any other online economy so far, and here's how it works.

The name Eco is short for the two primary mechanics of the game: ecology, and economy. Together they are essential to human survival, and the game lies at the difficult intersection of the two. Balance is the key, and leaning too far in one direction or the other will lead to ruin, whether its from lacking the resources to protect the planet, or extracting them so quickly the planet becomes polluted and destroyed in the process. 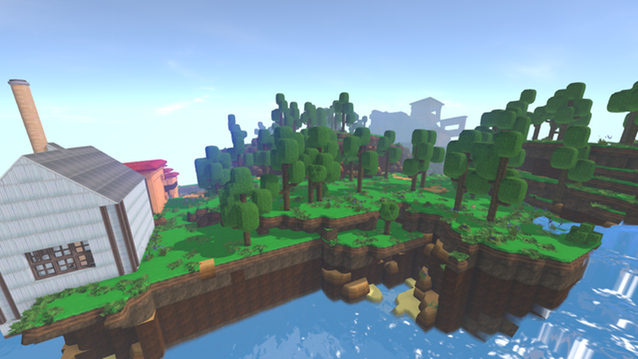 The purpose of Eco’s economy is to ensure the most efficient use of resources and labor in the game. The economy is totally player-driven in the game, and this blog discusses how players setup and take part in creating and participating in an efficient economy that makes the best use of resources. We’ve created a number of tools to promote players to do this smoothly.

Trade is the foundational aspect of any economy, and Eco focuses heavily on it. In Eco you’ll be able to trade directly with players if you’re both online together, but we also support offline trade through stores.

By creating a specific building type in the game (buildings have special effects in Eco), players will get access to a store interface where they can set up a list of desired trades. Each entry simply consists of ‘what goods I want’ and ‘what goods I’ll give for them’. When another player uses this store (which can happen anytime, while the owner is offline), it will allow any trades to occur in which there is store inventory to provide.

This is a very flexible system that leads to a few interesting effects. First is currency. Because the trades can be for any two sets of goods, there is no default currency in the game. However, it is likely that a de facto currency will emerge, most likely a limited mined resource like gold, but perhaps not. Additionally, the player-run government can designate an official currency which taxes are paid in. What we intend with this feature is to allow many possible economies.

The second effect is speculating. With a store players are setting up a market where they post ‘sell’ orders for items they don’t even have yet, and then when they receive it while they’re offline (due to a separate ‘buy’ order) it will automatically be available for trade. There will be value then in facilitating trades of materials as a central trading post, even if the player owning the store doesn’t use the goods they’re trading in themselves, they can take a cut on their purchase and sale.

Another pillar of an economy is labor, and we’re specially supporting the ability to sell labor in Eco. One of the ‘goods’ you can sell in a store is a contract to do work, and when a player buys this you are each obligated to your end of the bargain in the contract, and the server will enforce it.

Say for example that I sell a contract for house construction through my store. When I login, I see that I am obligated to build a house at an agreed-upon location, or an agreed-upon size, by an agreed-upon date. Upon completion, I get the payment (which the server holds in escrow) from the client. If I don’t complete it in time to spec, I don’t get the payment, and instead pay a penalty (also held in escrow).

Essentially, I have a quest, given by a real person with a real need for my work. That is our quest system in Eco: based on actual needs in an actual economy from real players, which is light years beyond the typical ‘fetch’ quests you still find in the majority of games, which are completely artificial even within the context of the game.

The reason all of this is so essential is because of Eco’s skill system: you can only specialize in a few skills. As a result, you must collaborate if you want to get anything done in a reasonable time period, both by trading goods with other players and contracting labor and services from them. Finding your role in the rich economy that will form on each server will be a key aspect of what you do in the game, and it’s completely dependent on the set of players you’re playing with. 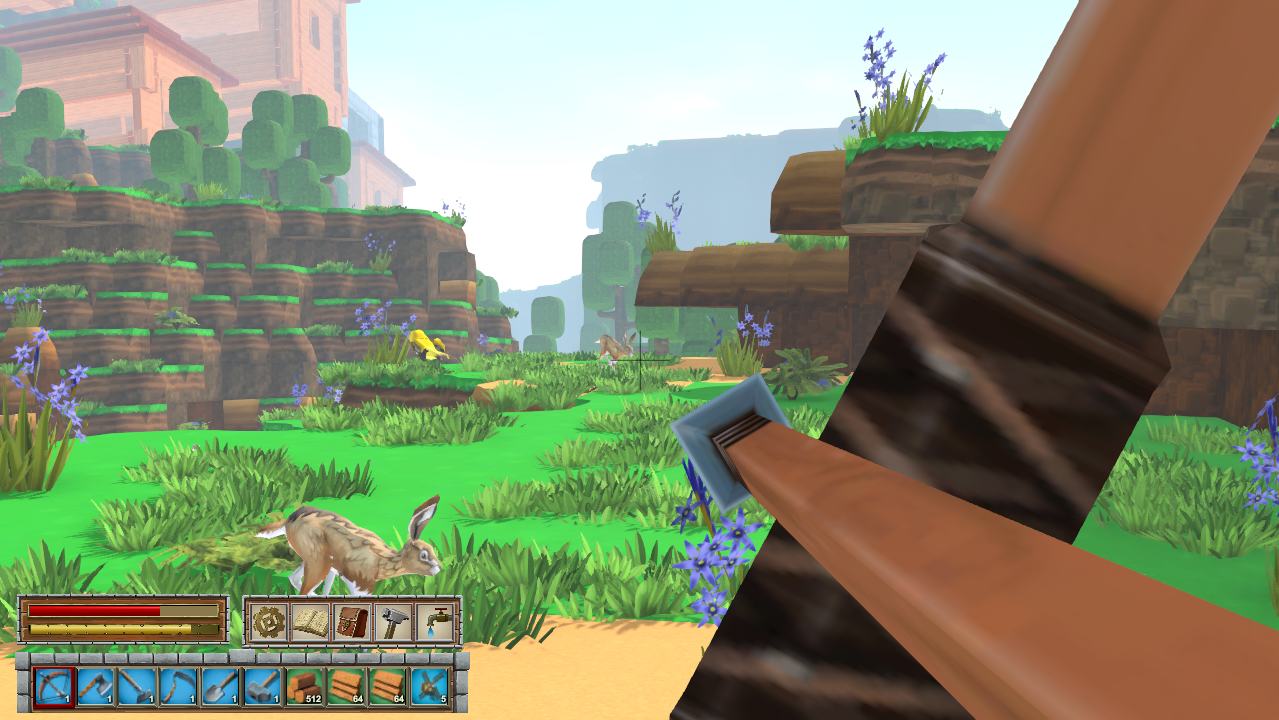 By allowing sale of goods and services while offline through store interfaces, we allow players to interact through trade even when they’re not online at the same time. This is essential for an online game played by many people, and will allow large-scale organization of sophisticated projects requiring the contribution of many specialized laborers. That’s exactly what’s needed to build the technology needed to prevent global catastrophes in Eco, so the world’s survival and your own really depends on your ability to function efficiently within the economy.

As players build up a rich economy, the demand for resources will increase dramatically, as projects require more and more resources to satisfy their demands. This has a direct effect on the environment, as every resource that is taken from the ecosystem will affect it. There will be huge demand for large amounts of resources for the economy, yet terrible consequences if the ecosystem is destroyed in the process of taking them. Finding the balance between those two needs will be the crux of Eco’s gameplay, and we intend the act of playing to expose your own personal biases as you push one way or another, participating in group discussions and law proposals and government to find the best way forward. It’s going to be an incredible experience to take part in, and a very revealing social experiment with many unexpected results.

We hope you'll continue joining us through development as we make this game all it can be, and more through the help of modders and developer supporters.

Thanks and as always feel free to post any questions in the comments.

Nice. So will there be an option for, let's say: Over felling of trees. As this affects the ecology etc. Would you be able to harvest and plant saplings and regrow a forest/manage this resource?
And on this,m specialize in some sort of forestry. Making money selling lumber while at the same time managing your resources (tree farming I guess)?

OH great! Loving your work so far. Getting really excited! Keep up the good work!