Heroes of Eterna: A Casual Quest will be coming to Vita/Playstation Mobile thanks to MonoGame!

Alrighty folks! If you've been following my blog, or Twitter feed (and let's be honest, you haven't XD) then you might have noticed some rumblings about porting Heroes of Eterna to Playstation Vita via the MonoGame port for PSM. Well, let's make it official!

There we are, running for reals on a Vita! There's still quite a ways to go before the game is fully finished, But I felt that this was a pretty exciting development and thought I'd share it. There's also been a fair amount of progress on the core game itself in the last several weeks including several new monsters and skills as well as a plethora of bug fixes and performance enhancements.
For now, I'll leave you with some screenshots I snapped while doing some testing. 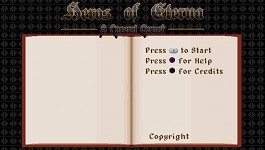 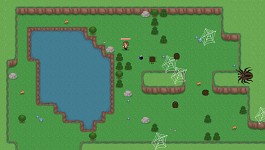 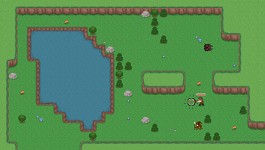 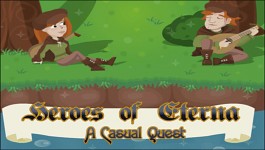 For More News And Updates Check Out My Blog

Looks good! Retro feeling in this game. :) Looking forward to it!

Thanks! I hope to have more news soon.